So, you’ve done it. You’ve survived the terrible three-week gap between the culmination of the Champions League and the beginning of the World Cup, and now here you are — sat in the office, racking your brains, looking for value in the World Cup betting market.

“Messi will probably be top scorer I reckon,” mutters Martin from accounts, his desk littered with Coke cans and Pringles crumbs. “But if I had to pick an overall winner, I’d probably go for Brazil.” You hate Martin from accounts. His football knowledge is so basic. You know way more than him.

So, this is where RedsBet comes in. Here’s a look at four of the less fancied outcomes, which we think might be just be crazy enough to earn you a lot of money.

Yes, Brazil are really good. And you’re right, France and Germany have pretty strong squads too. But isn’t it about time we had a bit of an outsider win the World Cup?

With a population of just three million people, the small South American state of Uruguay has no right whatsoever to have produced quality footballers in the high number they have over the years. They may have already won the World Cup once, way back in the inaugural addition in 1930, but this current crop of stars, including Luis Suarez, Edinson Cavani, and Diego Godin, is seen as something of a golden generation.

The former pair possess the goalscoring capabilities to lead their nation to ultimate glory, while the latter’s defensive partnership with Atletico Madrid teammate José Maria Gimenez is arguably the most solid of any team at the tournament.

Couple the stellar names in their squad with the fact that their Group A opponents Russia, Saudi Arabia and Egypt are some of the most lowly-ranked in the competition, and you can be sure that Oscar Tabarez’s men will make it to the knockout stages. Once they’re there, they have the quality in both attack and defence to trouble any opposition.

If you’re a bit less brave than me, you can get 12/1 for Uruguay to reach the final. 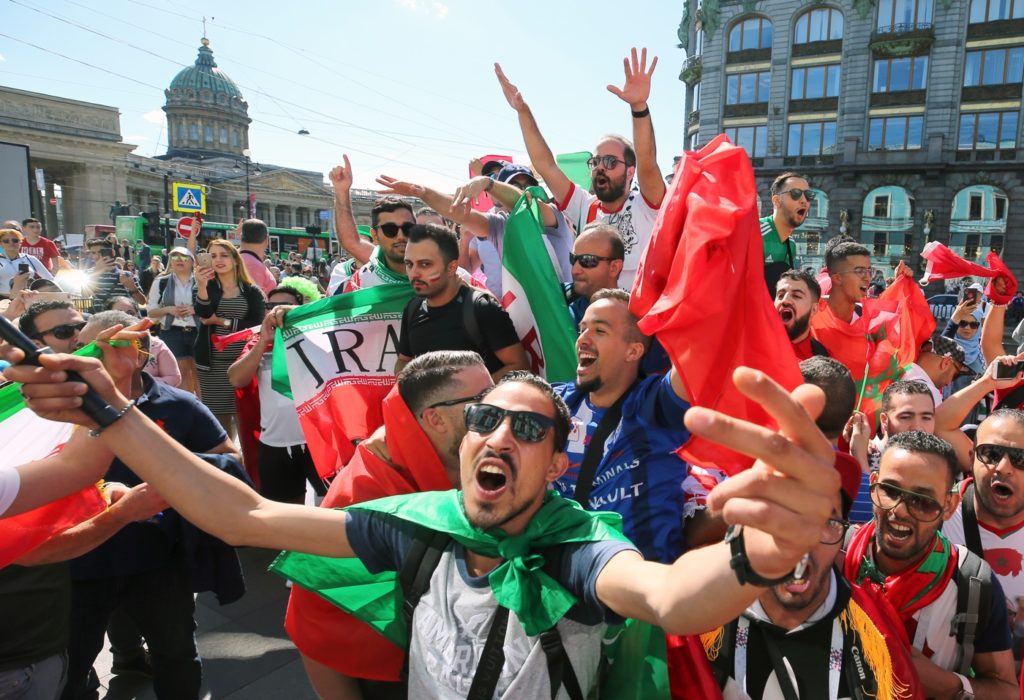 Now, I know what you’re thinking. You’re staring at your laptop and going, “Dan, have you gone absolute mad, mate? Iran are in a group with Spain and Portugal — how on Earth are they ever going to make it through?”

And, yeah, you might have a point. But settle down, and let me explain to you why Iran are absolutely definitely going to progress from Group B.

What’s crucial here is that the Iberian derby takes place on Friday in the first round of games in this group, while the Iranians take on Morocco a few hours earlier. What that means, is that at least one of the favourites is guaranteed to drop points, and that any winner in the match between the two less-fancied nations will be top (or joint-top) of the group with just two games to play.

Neither Spain nor Portugal will want to have to play catch up. A poor opening game for Spain coupled with the magnanimous departure of Julen Lopetegui could lead to the kind of complete meltdown that saw them exit the group stage in 2014. Portugal, meanwhile, also didn’t reach the knockout stages in Brazil, and failed to win any of their group stage matches at Euro 2016.

So, there’s clearly space for an underdog to make it through, and Sardar Azmoun (23 goals in 33 international games) and Alireza Jahanbakhsh (Eredivisie top scorer this season with 24 goals) could provide the firepower to make sure Carlos Quiroz’s Iran triumph instead of the Moroccans. 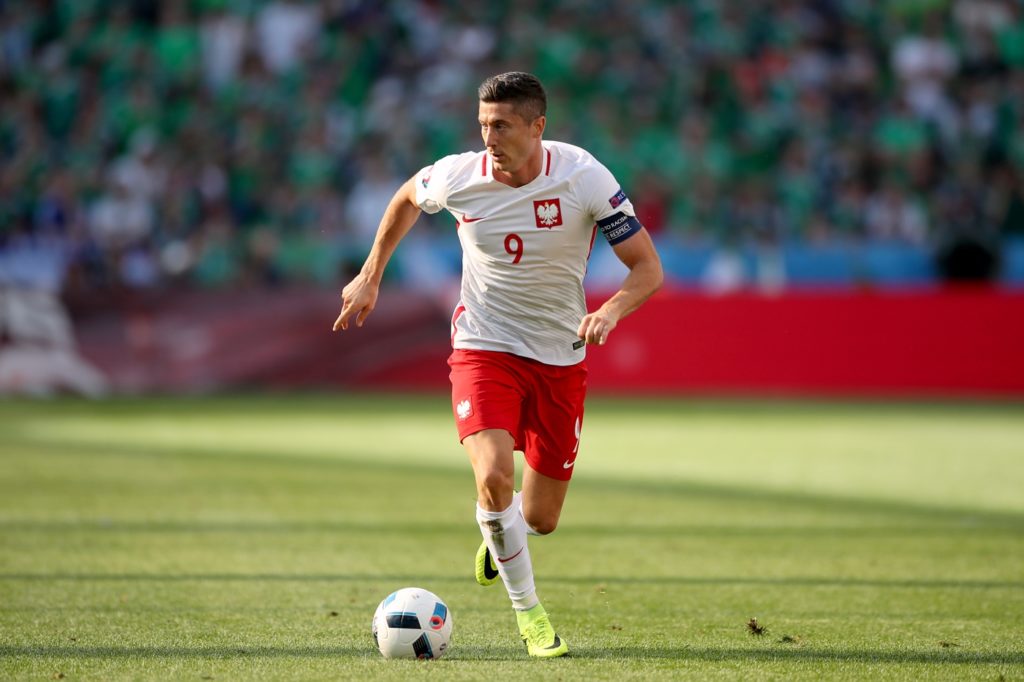 ROBERT LEWANDOWSKI TO BE TOP GOALSCORER — 28/1

It seems strange that the top goalscorer in the European qualifying section is such long odds to win the World Cup Golden Boot, but the lack of quality in the rest of Poland’s squad means Robert Lewandowski is given only an outside chance of finding the net more often than anybody else in Russia.

The Bayern Munich striker scored 16 goals to lead his country to the tournament, and also notched a staggering 41 in 48 games for the Bavarian club in all competitions across the course of 2017/18.

Though Poland’s chances of reaching the final rounds of the tournament are very slim, their Group H opponents are also eminently beatable. Japan, Senegal, and Colombia will all fancy their chances of progressing to the Round-of-16, but none possess the kind of top-tier defence which could comfortably hold Lewandowski at arms’ length.

He could realistically win the Golden Boot off the back of continuing his impervious goalscoring form in these closely-matched ties, and at such a long price, is definitely worth a look. 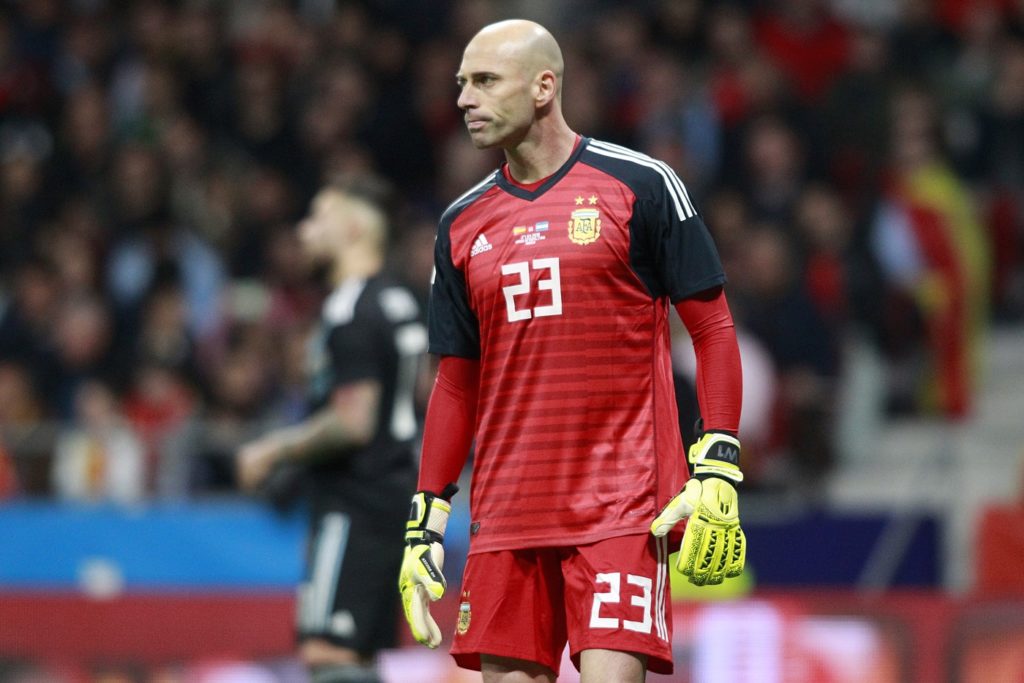 A few weeks ago, Willy Caballero wouldn’t have expected to start any of Argentina’s matches at the tournament, but injury to first-choice Sergio Romero means the Chelsea understudy will serve as the last line of defence for one of the favourites to win the competition.

History shows that the Golden Gloves are typically awarded to the goalkeeper of a nation which progresses to at least the final, and after finishing as runners-up in Brazil four years ago, Jorge Sampaoli’s men have a great chance of making it to the showpiece event once again.

If they do, they may well be required to win a shoot-out to get there. Caballero has saved 11 of the 27 penalties he’s faced from open play since 2011, and also kept out three of Liverpool’s penalties as Manchester City won the 2016 League Cup final after a shoot-out at Wembley.

That excellent penalty-saving record could well end up earning him the award for the tournament’s best stopper.