The striker's future at Anfield no longer seems so bleak

Daniel Sturridge made a triumphant return to the Liverpool starting lineup on Tuesday night, scoring the goal which lit the touch paper in an enthralling Champions League clash with Paris Saint-Germain.

The star players in the PSG lineup were the focus of pre-game and post-game attention, as football fans around the world observe the rise of Kylian Mbappe, and the weekly soap opera surrounding his team-mate Neymar.

But Liverpool have stars of their own, and our friends at Football Whispers take a look at Sturridge’s contribution on and off the ball, and how he was able to repay the faith showed in him by his manager Jurgen Klopp.

Liverpool were much more than the hard-working, mostly solid defensive display which attracted praise during the game and also after it from Klopp.

Sturridge was a big part of Liverpool’s attacking verve, as demonstrated by his goal. It was as much about positioning as it was the header itself as he found the gap between the two PSG central defenders and headed home Andy Robertson’s cross.

Back Liverpool to win the Champions League at 7.25 with RedsBet*

His movement was excellent as always — so much so that he was able to get in the position for two other chances from which he could easily have scored a second, and possibly a third.

There was a noticeable improvement in his off the ball work up front, not that he hasn’t always worked hard, but he now seems more in tune with the way Klopp’s team defends from the front. The beads of sweat which dripped off his face as he celebrated his goal were a testament to a hard-worked shift, both on and off the ball.

Klopp commented after the game that Sturridge is in the best shape he’s been in during their time together at Liverpool, and he gave the Englishman the nod despite having Roberto Firmino available following his recovery from the eye injury he suffered against Tottenham.

“I said to Daniel before the game ‘you are in the best shape since I’ve known you’ and now we have to use it and that’s what we did, super game, super goal.” said the German.

“The three midfielders did an outstanding job, but they can only do it when the two wingers and the number nine [Sturridge] are helping in all these situations to keep the formation compact. It was fantastic.”

Klopp can see that Sturridge gets it. He now understands everything from his role in the squad to what he needs to do once in the starting eleven. He remains one of the most naturally gifted players on Liverpool’s books, and now has extra physical fitness and tactical awareness to go with it.

The 29-year-old is back at the club following a loan spell at West Bromwich Albion during the second half of last season, and he appears to have returned to Liverpool with a rekindled love for the game and for the club.

Not since the 2013/14 title challenging season, when he combined with Luis Suarez to form an unstoppable strike partnership, has Sturridge seemed in such high spirits, and he’s now content with life at the club and eager to step up when required.

He described the scenario during pre-season: “It’s the same as, I don’t know, if you’ve been with a woman for a long time, and then you’re like, ‘Man, I don’t feel like it’s working out anymore.’

“But then you go away, like, ‘Me and my girl’s relationship was kind of sweet still. I might have to go back there.’ It’s kind of like that.” 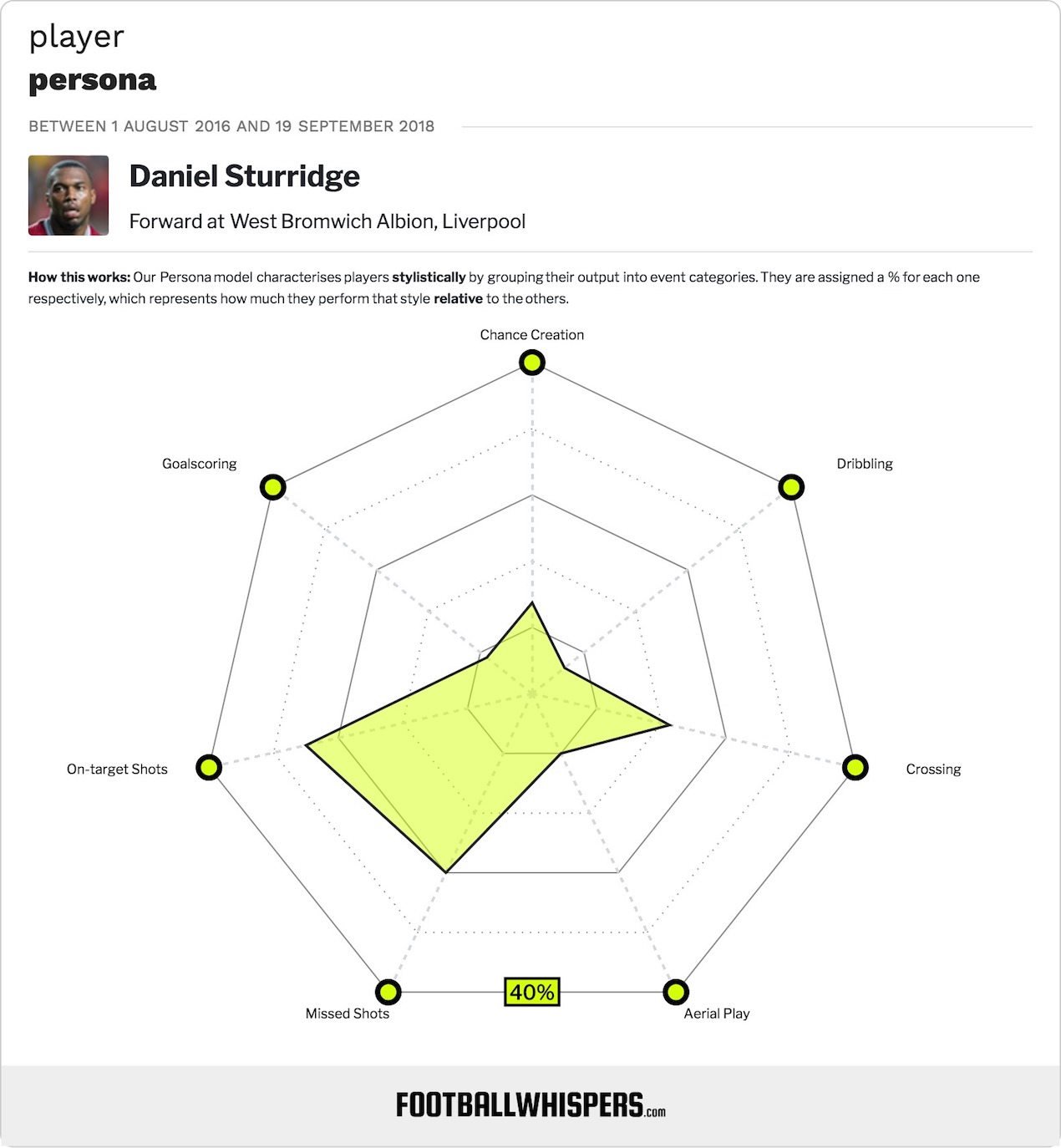 After an impressive pre-season he’s been limited to substitute appearances in the Premier League, but was handed his first start of the new campaign due to the uncertainty surrounding Firmino’s availability.

Klopp suggested that he was tempted to start Firmino once the Brazilian declared himself fit, but decided to put his faith in Sturridge having trained this week with the idea that he would be starting. The manager was repaid in full.

Back Liverpool to win the Premier League at 3.40 with RedsBet*

“It was a great performance from Daniel, to be honest. When you have Bobby Firmino available, it’s always like, ‘come on’, but it was nice to see Daniel’s performance. He 100 percent paid us back. It’s so cool for us and for him.”

There could be a regular role for Sturridge in the Champions League as Klopp will have to rotate his players to keep them all fit, as well as reshuffling his pack when injuries occur.

With the Carabao Cup also getting underway this month, the striker could see himself starting more games each week while remaining a great option to have from the bench in the Premier League.