Who lines up next to van Dijk?

Joe Gomez can be England's next centre-back

Virgil Van Dijk earned deserved plaudits for his impressive display against Crystal Palace at Selhurst Park on Monday night, being awarded the Man of the Match award by Sky, but it was also a strong performance by his younger defensive partner Joe Gomez.

While Van Dijk seemed to win every aerial battle that he contested, Gomez cleared up well alongside him and shone in a central defensive partnership that is only 2 games old.

The pairing has started the season really well, keeping two clean sheets as well as radiating confidence and ability.

As much as this is expected from the most expensive centre back in the world it has come as a slight surprise how well Gomez has slotted in next to him in the early stages of this season. 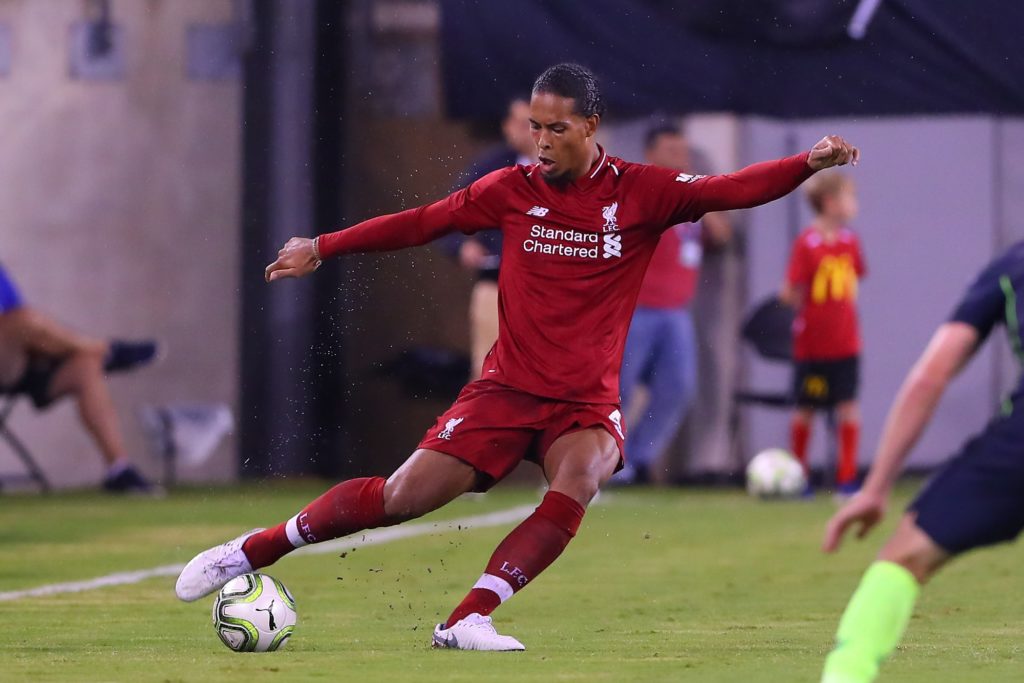 The former Charlton Athletic defender was given his chance after Dejan Lovren returned from World Cup duty in the summer with an injury and unable to train. And with no return date set for Lovren, despite him being called up to the Croatia squad for their upcoming internationals, Gomez could be set for an extended stay in the Liverpool backline.

It has hardly been a straightforward career so far for Gomez, filled with some major highs and unfortunately some desperate lows.

Gomez signed for Liverpool from League One side Charlton in June 2015 for a fee of £3.5 million, coming off the back of the Catford-born player’s first year in senior football.

After making his debut in the League Cup against Colchester United in August 2014 Gomez went on to make another 23 appearances during his breakthrough season.

Liverpool paid the money for Gomez off the back of less than 30 appearances at a senior level of football, which perhaps shows how highly rated he was, and that was strengthened by then-manager at the time Brendan Rodgers throwing him into the team for the very first game of the 2015/16 season against Stoke City.

He made a promising start to his Liverpool career and if it wasn’t for a season ending injury picked up while on England-U21 duty in October 2015 who knows where that would have led for Gomez.

We didn’t see the 21-year old again until a rare few appearances in the FA Cup against Plymouth Argyle and Wolverhampton Wanderers the following season where the effects of that serious injury were plain to see, and you could be forgiven for believing that could have been of the end of Gomez’s opportunities at Anfield.

But Gomez showed a great strength of character to come back and force his way back into Jurgen Klopp’s plans last season, making over 31 appearances as Liverpool finished runners-up in the Champions League, with the majority of appearances coming at right-back.

His form last season earned a call-up to the England senior squad for the first-time, and he made his first appearances in friendlies against Germany and Brazil.

If it wasn’t for another season-ending injury there was no doubt Gomez would have received a call-up to the World Cup squad, especially due to his ability to play all across the back four.

This season is where it gets interesting for Gomez. There appears to have been an expectation all along that he would end up playing centre-half for Liverpool, but to date he has only made four appearances in that position for the club.

However, if the first two games of this season are anything to go by then those early career expectations look like they are going to come to fruition.

Klopp has previous with giving players a chance to prove themselves and if they take their chance they will keep the shirt.

Last season is a prime example of this. The year started with Gomez and Alberto Moreno as the full-backs but ended with Trent Alexander-Arnold and Andy Robertson occupying those positions after strong showings.

That worked against Gomez last season but now could be the prime opportunity for it to work in his favour.

If Lovren was fit and ready to play against Brighton on Saturday it could be argued that he couldn’t just walk straight back into the team due to Gomez’s strong start.

Liverpool to win and both teams to score 3/1*

And with the stewardship of Van Dijk next to him Gomez has the perfect tutor to learn from.

It cannot be forgotten that Gomez is young and still relatively inexperienced, with still under 70 career appearances to his name, so mistakes can and will be made.

But if the start to this season is anything to go by then Liverpool could have England’s next centre-back plying his trade at the club.

Another false dawn or coming of age?