Where Klopp can improve his squad

Can the squad be improved? And if so, where?

Through to the last 16 of the Champions League having navigated a group which included Napoli and Paris Saint-Germain, top of the Premier League after 20 games, unbeaten and on course to set a new record for the fewest goals conceded in a season, Liverpool are having a dream campaign.

The Reds are now favourites to land their first top-flight title in almost three decades and are undoubtedly among the top contenders for the Champions League, after improving significantly since they reached the final of the competition last year.

But it would be remiss to suggest Liverpool are without room for improvement. While Jurgen Klopp will be mindful of not wanting to disharmonise a group of players currently operating at the peak of the individuals and collective power, a few choice moves in the January transfer market could see the Anfield side’s hopes of landing major silverware this term further boosted.

Here are three areas of the squad in need of bolstering, along with realistic possible mid-season targets for each.

Closing in on a year since they set a new world record with the fee they paid to sign centre-back Virgil van Dijk from Southampton, Liverpool might be well served to once again seek reinforcements in this area when the transfer window re-opens.

Van Dijk has been the Premier League’s outstanding player so far this season and is arguably now the best centre-back in the world, and the partnership he had struck up with young England international Joe Gomez was imperious before the latter suffered a fractured leg.

Dejan Lovren and Joel Matip are alternatives to the injured Gomez, but the former, despite reaching a World Cup final in the summer, is prone to lapses in concentration, while the latter is himself too familiar with the Melwood treatment room.

Klopp would not want to bring in a new centre-back of, say, 25 or 26 years of age and starting calibre as his presence could hamper Gomez’s long-term prospects. But an experienced head, such as 34-year-old Inter Milan defender Miranda, could be an astute addition.

Liverpool’s front three – or, as has often been the case this season, front four when Xherdan Shaqiri starts with the Reds in a 4-2-3-1 formation – is set in stone: Mohamed Salah, Roberto Firmino and Sadio Mane are each among the best players in the world in their respective roles.

But Klopp could use some more depth in the wide positions. Shaqiri is versatile enough to slot into a number of roles in the second line of attack, but the addition of a young, creative and malleable wide player would be useful for the run-in and potentially crucial in seasons to come.

Ousmane Dembele of Barcelona was recently named as a Liverpool target, but the Frenchman’s form has seen him crack the starting XI at the Camp Nou and begin to fulfill his vast potential; signing him now would be costly if not impossible.

Dembele’s former Borussia Dortmund colleague Christian Pulisic is a more realistic option, though. The American attacker is out of favour at Signal Iduna Park thanks to Jadon Sancho’s emergence, but he remains one of the world’s foremost young talents and has long since attracted admiring glances from Anfield.

Valued at around £50million, Chelsea are said to be frontrunners to sign the 20-year-old. 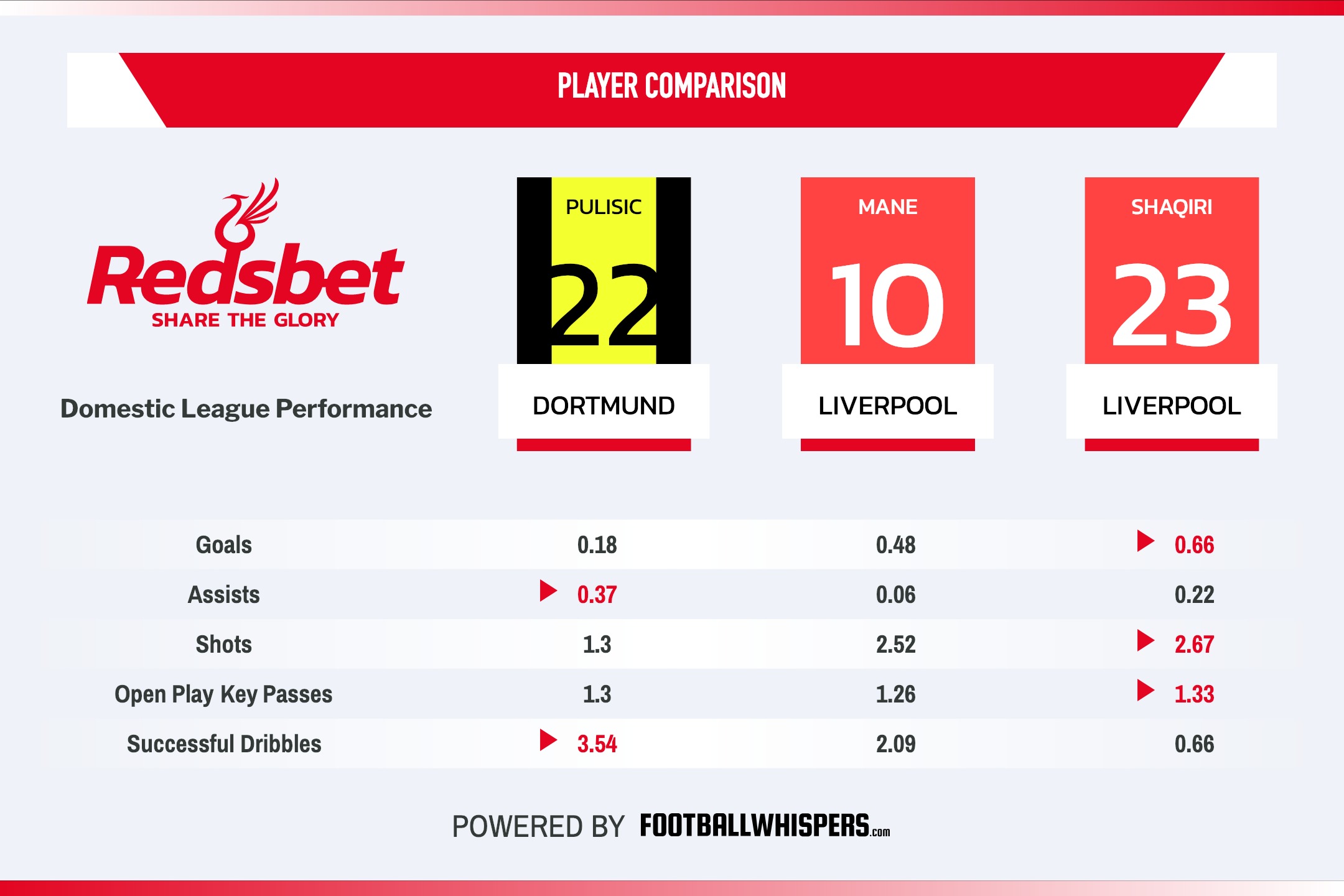 In Scotsman Andrew Robertson, a humble £8million arrival from relegated Hull City in the summer of 2017, Liverpool have one of the finest left-backs in Europe.

However, Robertson’s understudy, Spaniard Alberto Moreno, is far less trustworthy. While at right-back the Reds have significant depth – with Trent Alexander-Arnold, Nathaniel Clyne and even Fabinho all able to excel in the position – left-back could use some attention.

Philipp Max of Augsburg is someone who could come in to compete with, and deputise for, Robertson without breaking the bank. The 25-year-old dead-ball specialist provided a staggering 12 bundesliga assists last season and has directly contributed to four goals this term (two goals, two assists).