Since arriving at Anfield in January, Virgil van Dijk has emerged as arguably the best in the world in his position

There was a point last season where the moment that football fans celebrate the most lost a little of its unpredictability factor. It sounds arrogant to claim, but the act of Liverpool scoring and one of Mohamed Salah, Sadio Mane and Roberto Firmino being responsible became almost routine.

That’s not to say each moment wasn’t met with rapturous reaction but, at times, it was definitely a case of when rather than if won of the Red’s front three would find the target. Indeed, of Liverpool’s final 30 matches in 2017/18, one of Salah, Mane or Firmino failed to score in just seven of them.

Salah, Mane and Firmino are still yet to repeat the heights of that period, and there’s every indication to suggest it may never happen again, but there’s been an emergence of a new sense of predictability and routine about Liverpool, in an area of the field 12 months would have seemed unlikely.

Jurgen Klopp’s various iterations of Liverpool before this season have all, to various degrees, had something in common – a total lack of certainty and authority in defence. Whereas it was likely the Reds would score, whether or not they’d be able to deny the opposition was far more complicated.

Klopp’s work on the training ground, the development of Andy Robertson, Joe Gomez and Trent Alexander-Arnold plus the world record signing of Alisson have helped address that but at the middle, both figuratively and literally, of Liverpool’s defensive renaissance is Virgil van Dijk, as our friends at Football Whispers explain. 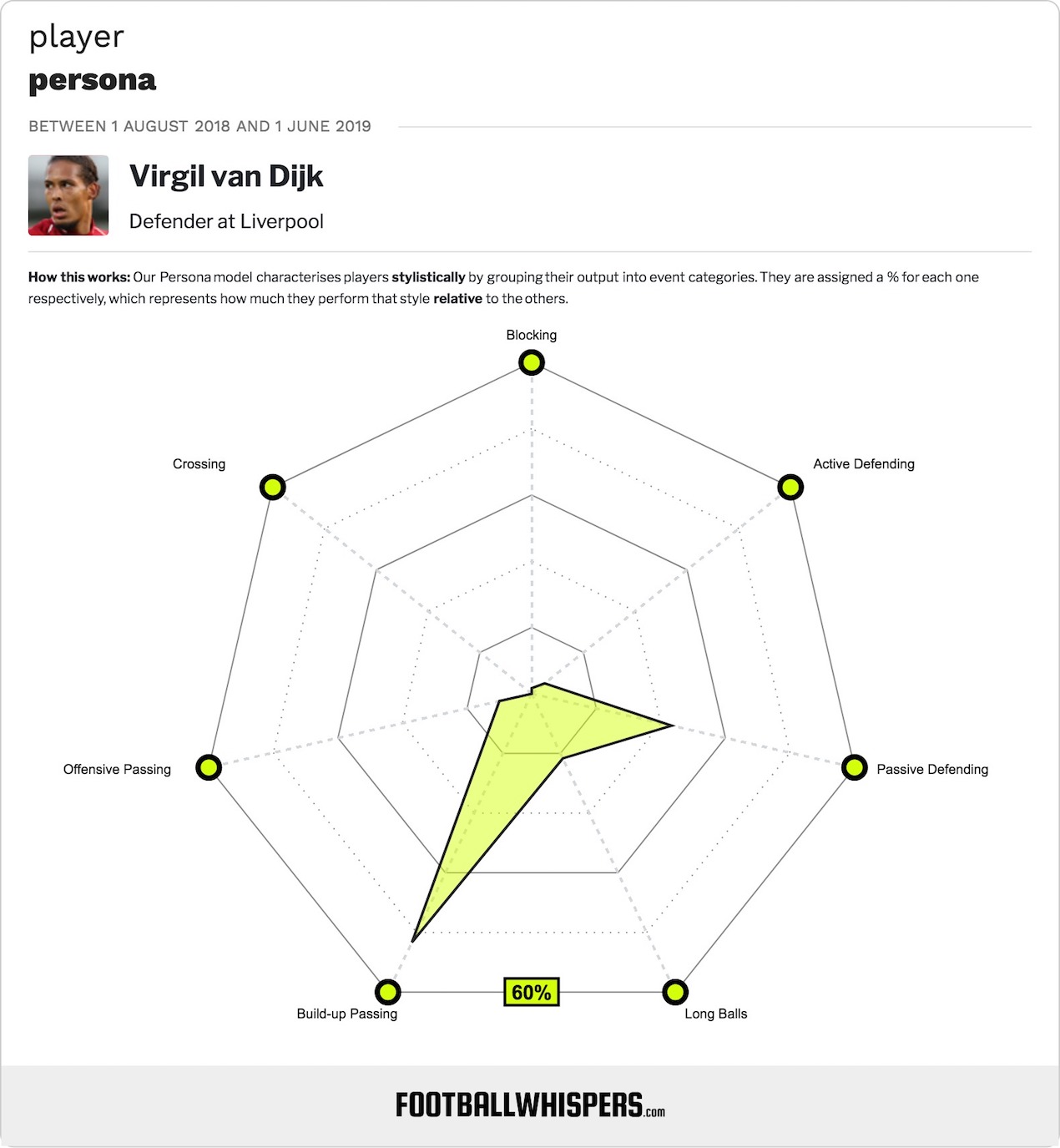 There is always the famous old tale told about Franco Baresi and Paolo Maldini that neither of the Italy and Milan legends ever needed to make a tackle, such was their outstanding level of positioning and awareness on the field.

Statistics don’t exist to prove or disprove it but while it’s unlikely to be wholly accurate it does say something about the expectation of the very best defenders possessing a strange ability of drifting through games without being noticed.

The same rule applies to goalkeepers to an extent, although a spectacular save ensures they’ll always receive their moment in the highlights. For a centre-back, the highest validation of their performance is if you occasionally have to be reminded they played.

Yes, a brutal slide tackle sending an opposition forward sprawling to the turf can get a crowd going, more so than a goal, but is it a mark of a good defender or merely revealing that their positioning and reading of the action went slightly awry.

Such is the forensic analysis of modern football, that theory maybe doesn’t quite stand the test of time but Van Dijk is precisely that type of defender who does everything at such a high level, you barely pay him much attention on the field.

He wins a remarkable amount of headers with minimal fuss, denies strikers space, can tackle on his feet, is composed in possession and is developing a pleasing trend of stepping into midfield and acting as another passing option.

Van Dijk is also a leader on the field, among the most vocal of the Liverpool team, constantly instructing teammates on their own positioning and, when necessary, chastising them in the even of a mistake or dereliction of duty.

All is done to such a high level, his performances have become expected and routine. There is a case to be made he’s been Liverpool’s best player in at least 75 per cent of their matches this season. But often a teammate will produce a moment of something special that will attract greater attention. 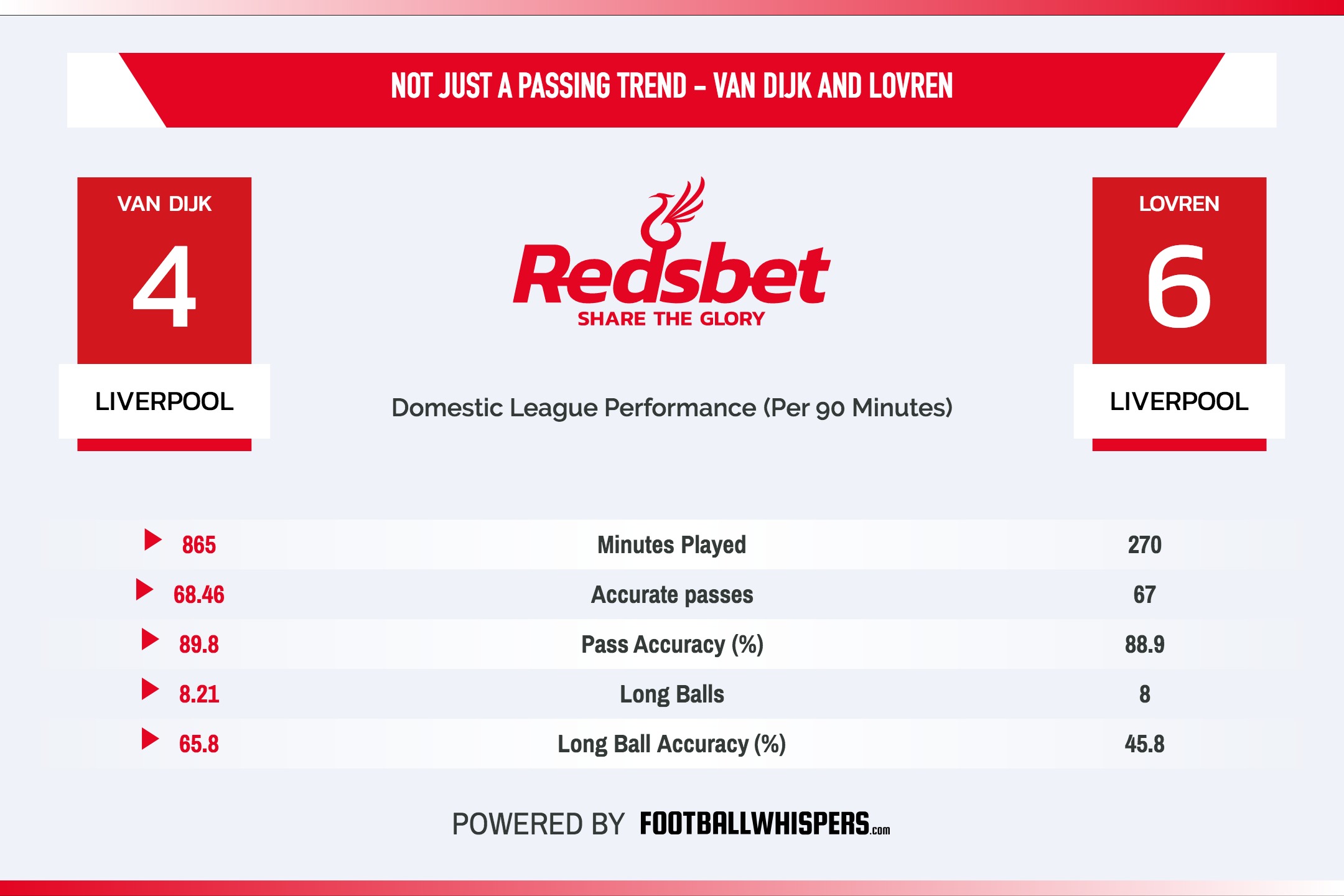 The fixture at Watford on Saturday was a case in point as, in what was a tricky away game at Vicarage Road, Van Dijk cruised through the 90 minutes, suffocating the Hornets attack and setting a platform for Liverpool to win 3-0.

In years past, they may well have been a goal or two down without such an assured presence and having to chase a game, which presents its own problems. But Van Dijk brings that lost authority and confidence.

No player touched the ball more (105), nor completed as many passes (81), made more clearances (8) or won more headers (8). Dejan Lovren had a solid game alongside him, granted, but how much can the Croatian’s revival be attributed to his Dutch teammate’s solidity?

His impact on changing the identity of Liverpool inevitably places him in the conversation as to who is the best centre-back in world football right now. It’s a difficult debate to have because what time period is considered: 12 months, the calendar year, this season, last week?

But what is clear is that of the recognised “best in the business” – Raphael Varane, Sergio Ramos, Gerard Pique, Samuel Umtiti, Diego Godin, Jose Gimenez, Milan Skriniar, Leonardo Bonucci, Giorgio Chiellini, Mats Hummels, Thiago Silva – none (with injuries also to be considered) at this moment in time are playing as well or consistently as Liverpool’s dynamic Dutchman.

Another thing that 12 months ago would have been almost impossible to envisage.