With the World Cup now in the knockout phases, there is no margin for error.

When the slightest mistake or a simple missed chance can lead to elimination, there is no room for any passengers. Everyone must perform their role well and pull their weight. With this in mind, you do have to wonder how long it is before Roberto Firmino replaces Gabriel Jesus.

I am a big fan of Manchester City’s striker but the fact of the matter is that he has done very little of note in this tournament to date. In a tournament where Brazil were expected to shine they have in fact been nothing but functional. After a poor display in a 1-1 draw with Switzerland, the tournament favourites were unconvincing in a 2-0 win over Costa Rica and did the bare minimum in a 2-0 win over Serbia.

The front three of Willian, Jesus and Neymar has simply not set the world alight as most people were expecting. With a last 16 tie against Mexico, the Brazilians will require an increased input from their front line as the Mexicans have proven to be a handy outfit for much of this tournament.

I am not picking out Jesus in particular, but with a return of zero goals and no tangible output after three games, you do have to ask why Firmino isn’t playing. For some weird, bizarre reason, Bobby isn’t too well thought of at home in Brazil and he is going to have to do something significant to win the hearts of the nation. Resting Gabriel Jesus and letting Firmino start would allow that opportunity. 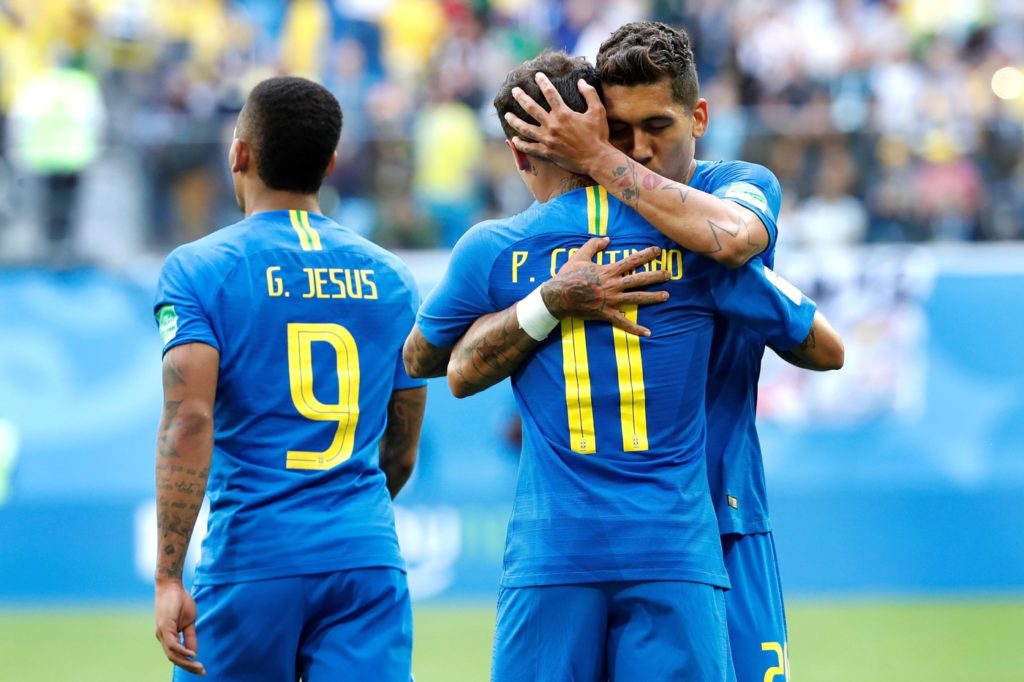 It would be just as easy to call for Willian to be dropped or if you’re feeling brave, even Neymar. But that would be pointless. It has been proven time after time again that Firmino is a centre forward and asking him to play on the left or the right of a three like Brazil play is a waste of time. Bobby is at the peak of his significant powers when he plays through the middle.

His goal return of 27 last season was a comfortable career best, combined with 17 assists. It’s no coincidence that these figures happened in a season where Firmino was the central striker. It’s a shame that he has had so little time on the pitch in Russia with which to showcase his talents.

The understanding with Philippe Coutinho would also benefit Firmino and in kind, the team. In the brief time they had on the field against Costa Rica they linked up nicely, with Firmino laying on a goal for his former clubmate and Coutinho providing an excellent chance in return that was curled wide. Firmino to score the LAST goal against Mexico today is 7/1.

If they were given 90 minutes together I have no doubt they could recreate their excellent and dangerous partnership from their time at Liverpool. Coutinho has completely elevated his game to the next level in the last 18 months which is why Barcelona came calling. He plays in the midfield role we are trying to recruit for at Liverpool as we have not yet replaced him. The way he left the club leaves a bad taste but there is little doubt that Coutinho has become one of the top players on the planet.

Firmino compliments Coutinho’s game. Busy and hardworking, Firmino draws men and makes intelligent use of space. A link up between these two would cause all kinds of problems for Mexico. Additionally, Firmino is so comfortable on the ball and has no hesitation to drop deep to help out his team mates. This might well need to be a feature of the game against Mexico, who will look to flood Brazil’s midfield to contain them and play on the break which they did to devastating effect when they beat Germany.

Again, this is no knock or slight on Gabriel Jesus who is clearly a very talented player given that he is only 21 and playing regularly for Brazil. Club bias aside, he just hasn’t made enough of an impact yet. Firmino deserves his chance against Mexico.