Emphatic. Back to our best. Mike Nevin sings the praises of those ruthless Reds as Watford are put to the sword at Anfield once again.

There’s something truly emphatic about a five-nil scoreline.

It is the result that speaks of dominance, flair and ruthless professionalism. Emphatic was what Liverpool needed on a night when Watford were put to the sword under the Anfield lights.

This could well be Liverpool’s best performance of the season; a rampant display which soothes the angst, silences the naysayers and primes the Reds for the tasks that still lie ahead. In one fell swoop misgivings were erased over the recent lack of goals, absence of creativity, lost tempo. When we look back in May this might be the night we recall as being the one where it all clicked again, when the Reds cast off the cloak of uncertainty. 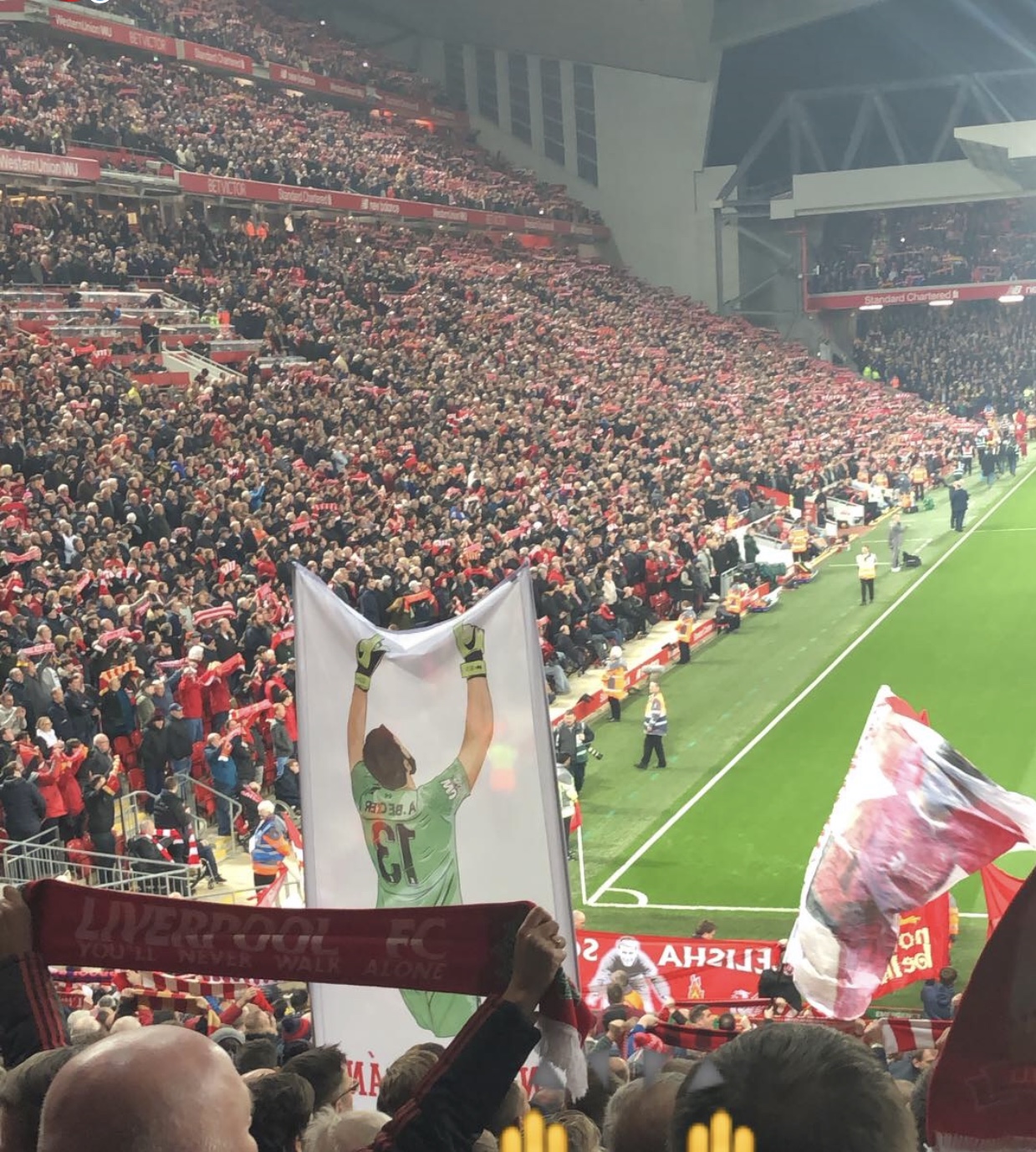 Liverpool to win the Premier League – 6/4*

Throughout this season there have been comparisons with Kenny Dalglish’s Entertainers, his 1987-1988 vintage synonymous with the grace of John Barnes and the mercurial skills of Peter Beardsley. Memories of that joyous campaign are crystallised in the 5-0 victory over Nottingham Forest, a show that had the old sage Tom Finney declaring Liverpool’s football was like nothing he’d seen – better than the Brazilians.

Last night had all the hallmarks of that famous exhibition – for Barnes read Mohammed Salah all searing pace and brute strength mixed with balletic poise. Aping Beardsley was Sadio Mane; forever imaginative, the ball on a string at his feet, a king of impudence and improvisation. It feels like sacrilege to draw parallels with arguably Liverpool’s finest attacking team but the similarities are obvious.

The first, a jack-knife header from Trent Alexander Arnold’s murderous cross, was sublime in its execution.

His second, after a heavy touch from another Trent centre which forced him away from goal, was the ultimate in cheek; an outrageous, snappy backheel which left Ben Foster in the Watford goal wondering what day it was.

For the rest of the first half Liverpool threatened to run riot. Appreciation poured down from the stands as wave after wave of attack tore Watford asunder. Salah in particular was like a man on a mission, resistant to constant buffeting with his back to goal, spinning like a top and constantly darting towards goal. When Watford had the temerity to push forward, twice Fabinho chased his man down to scoop the ball away with a telescopic leg.

The Kop was in its most exultant, crowing mood serenading Virgil Van Dijk, Salah and Mane and Gini Wijnaldum in turn before lambasting former Evertonian Gerard Deulofeu for a blatant dive on the goal line. A chant of “Blue and White S***e” rained down from behind the goal as the thoroughly embarrassed winger limped to his feet.

Divock Origi is already written into the folklore of this season for his last minute Derby winner. He could score another hundred goals for the club and never have one celebrated with such glee. Origi might not possess the panache of Jurgen Klopp’s other forwards but he has a nuisance value that might just be a trump card on the run-in. His low shot for Liverpool’s third into the corner of the Kop net was a reminder that league titles aren’t won by the star turns alone.

All was set for a grand finale delivered by the towering Van Dijk. The man is colossal in everything he does, never hurried, a monstrous presence at the heart of the defence. That he had only registered one league goal thus far was a mystery but he put that to rights with two soaring headers in the space of minutes. His celebrations in front of the Kop were riotous – delight pierced with aggression, eyes wild with desire; the type of moment that convinces fans their own dreams are akin to those in the dressing room. Van Dijk’s song rattled round the ground with the words “and we’ll watch him score” never more pertinent.

Before the game, Klopp referred to Liverpool’s task as “pure opportunity” to dispel any idea that Liverpool will buckle under the strain of leading the pack into the final stretch. This felt like a statement of intent so resolute in word and deed that the will to seize that chance more than outweighs any notion of pressure.