Everything changes in a glorious last half hour. Everything still seems possible on an afternoon when the threat of points slipping away subsides rapidly and morphs into a triumphant road trip that underlines and emboldens Liverpool’s title credentials.

This is no easy place to go. Vicarage Road has evolved down the years from a collection of incongruous patchwork stands into a claustrophobic but neat, compact arena so typical of the Premier League’s unfashionable clubs. Watford are short on anthems but their cosy little home still dances to a vibrant Home Counties beat. Intimidating it is not but there’s a local relish for the occasion that elevates belief and fires the limbs of a band of unheralded lads dressed starkly in yellow and black.

So it proves in a nervous, untidy first period for the Reds. Liverpool away ends this season are doused with tension and while our lads toil away in search of an opening goal, news from elsewhere only adds to a palpable sense of desperation. The Manchester City juggernaut rolls on; reports of three first half strikes at West Ham raise the stakes yet again and deflate the mood while we watch probing possession at the far end amount to nothing.

Xherdan Shaqiri is his usual bustling self, appearing endlessly in pockets of space but Sadio Mane and Roberto Firmino have to forage deep for scraps of possession, leaving Mohammed Salah as an isolated crimson shadow in the distant gloaming. Although Liverpool have most of the ball, the Hornets are drilled to perfection and though Gerard Deulofeu’s early sortie behind enemy lines is clearly offside it’s a warning the home side pose a threat on counter. Just before the break, Alisson Becker reminds us once more of his worth and draws thunderous applause when he miraculously claws away a shot from Roberto Pereyra from almost point blank range.

The second period is just as frustrating as Liverpool strive to find some inspiration.

It actually hurts inside to watch this manful struggle to outmanoeuvre a home side so intent on blocking every avenue of approach.

Gini Wijnaldum makes a hash of possession on the right wing but Firmino wins it back and the Reds somehow fashion a corner kick. Wijnaldum gestures with wild eyes and flayed arms to the away end to offer more encouragement and though the set piece comes to nothing our crowd, recognising the need for urgency, suddenly comes alive.

SIX goals in the space of 186 minutes vs @WatfordFC.

Liverpool then survive a mighty scare when Andy Robertson leaves out a trailing leg and looks to upend Will Hughes on the edge of the box. The home players and fans wail for a penalty but ref Jon Moss waves away their claims and we breathe a huge collective sigh of relief. On such matters of chance do games turn and only minutes later the sight of our front three suddenly finding a moment of inspired cohesion has the away end in raptures. Firmino’s slide-rule pass into the path of Mane’s run behind the defence has Salah darting in to smuggle a cushioned volley under a floundering Ben Foster.

Suddenly Firmino is stirred as if shackles have been removed from his ankles and he wins a free-kick on the edge of the penalty area. Trent Alexander-Arnold sizes up the task and curls a vicious, dipping missile over the Watford wall leaving Foster rooted to the spot and Liverpool fans in paroxysms of delight.

There’s a hint of a young Steven Gerrard in the rangy young Trent and a feeling that his station at full-back is a mere stopover on a career destined for greatness in a position of more influence.

Despite Jordan Henderson’s sending off for two relatively needless fouls, Liverpool end the afternoon buoyant once more. Robertson’s lung-busting gallop down the left tees up Mane and though Foster manages to parry, Firmino is on hand to nod home a facile third at the far post. The artful Brazilian dodger bows in front of an adoring away support almost in penance for his earlier travails, content that his twenty minute cameo has assisted each of this three-goal salvo.

Show them the way to go home. If the spectre of Manchester City was the half-time annoyance, those feelings of doubt have been abruptly dispelled for another weekend. And, if the boot can be worn on the other foot in the wake of this hard-fought triumph, our principal rivals for the league title have been reminded in kind that this Liverpool side is digging in for the long haul. 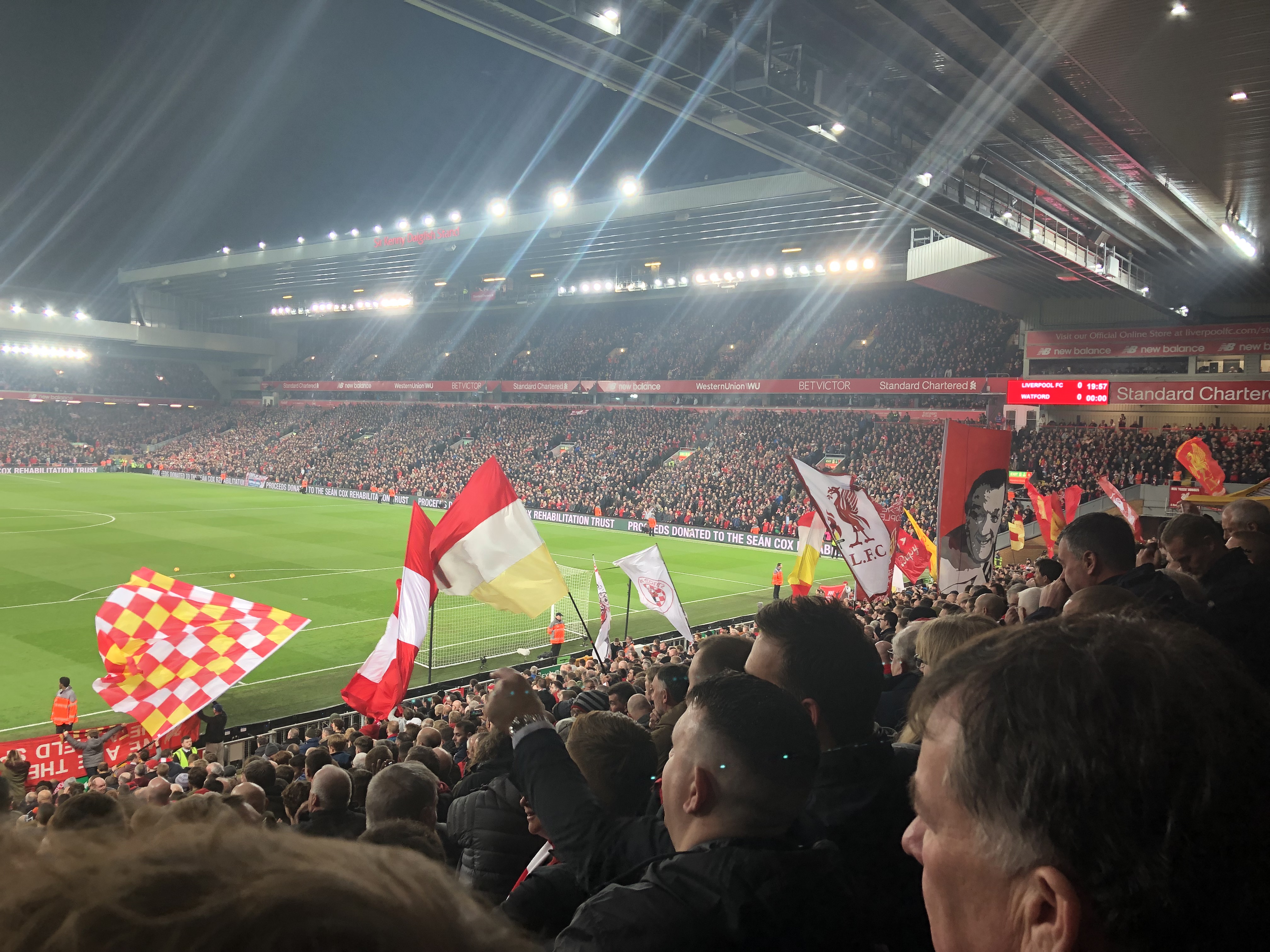