Those Nine Months: Spurs (away)

Five o’clock in the morning and I’m blundering round in the dark trying to find match clobber without waking everyone up. My lemon-tinged shower gel, dubbed as “refreshing”, has got its work cut out.

While water bounces off my zombie head, I think of Bill Shankly’s quote about Liverpool fans of yore and their dedication. He dubbed what was once Shanks Red Army his “professional supporters” and these away trips are certainly planned with military precision. The first train from Crosby leaves at 06.02, gets into town at 06.25 leaving a seven minute walk to Lime Street for a Virgin service which was booked way back in July for a bargain £38 return. 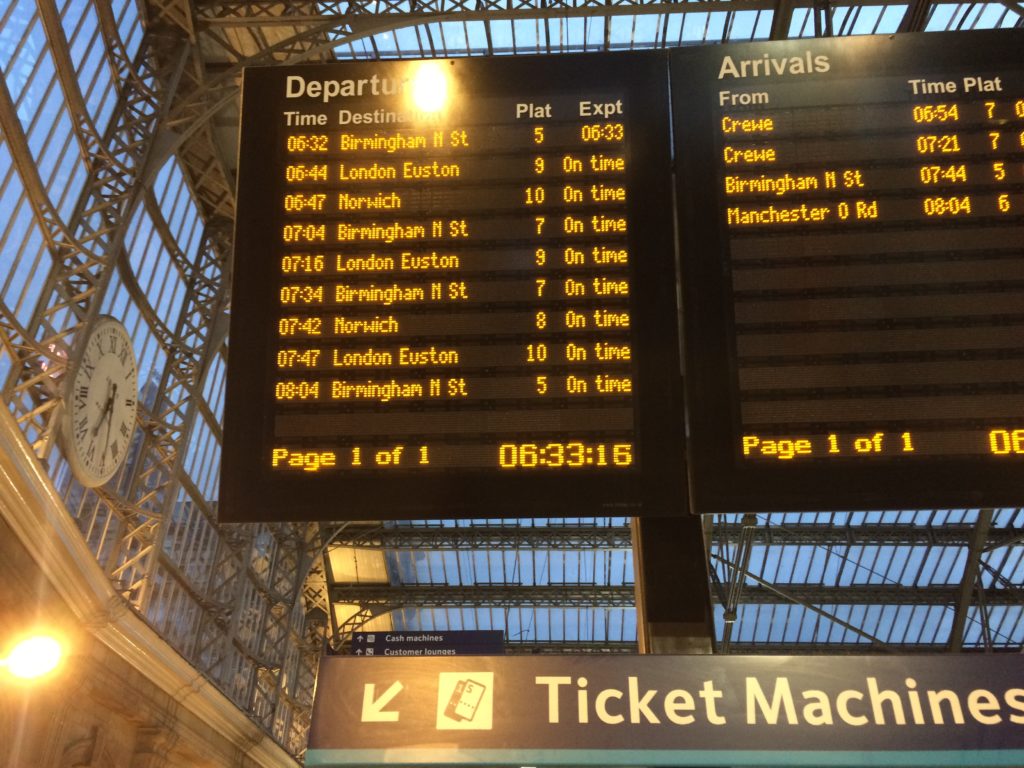 The early train is a social club – where time doesn’t exist – rattling along at over 100mph. I walk through about six carriages and give a match nod to at least 30 familiar faces. I stop and chat briefly to Tony Barrett and his young lad who is making his London away debut, probably more of a right of Liverpudlian passage than a First Holy Communion. In the time it takes to make my way to Coach U, where a seat is waiting for me, any intentions to stay sober until London are receding fast.

I finish a coffee and accept a lager off my mate, Buster (not his real name, obviously) who has come well prepared, unlike me. Eight of us sit across the aisle, telling tall stories from the 80s, tales which probably deviate further from the truth with each passing year. I’m just too young to have missed the carnage of an FA Cup tie at White Hart Lane in 1980 but can easily recall us getting caught unawares by a Southampton mob at an FA Cup semi there in 1986.

With a few early morning ales going straight to the head everyone is ticking. “Parso”, who I know from half-time gatherings at Anfield, is in good form and lines up his empties, perfectly spaced, in front of him as though he’s trying to create something for us to throw coconuts at. We’re in London before we know it.

We walk to Baker St and have three rapid pints. The pub we’re in is rammed; it’s only eleven in the morning but might as well be eleven at night. We’re enjoying ourselves and reach that point where the prospect of actually going to the match begins to irk. We’d happily stay in here all afternoon. Buster sums it up by calling our beloved team bloody “red bastards”.

I have to leave to collect my ticket at the ground so I leave the other lads to it. The bright London sunshine outside comes as a shock and the sweaty tube to Wembley Park is unpleasant. When I get off the area is a mass of cranes competing for air space with the Wembley arch. Will this ugly place ever be finished? 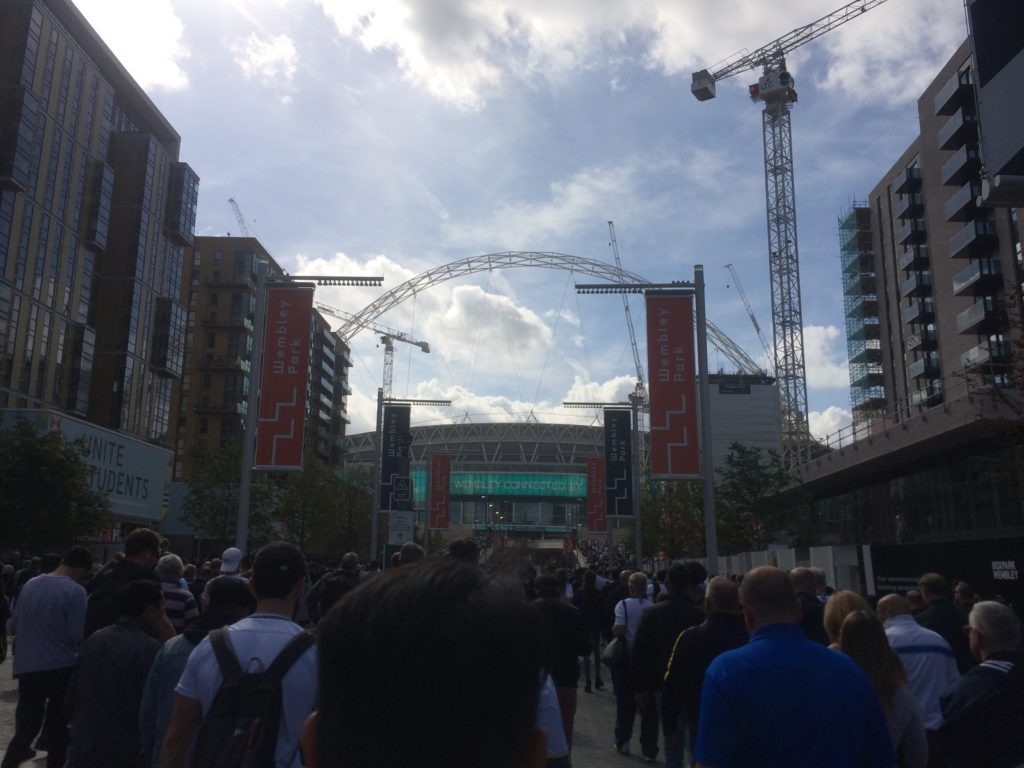 Inside, we’re tucked away near the corner flag and my seat is on the back row under the lip of the tier above. There’s over 80,000 here – which still seems mad for a league game – but you wouldn’t know it. It’s quiet and our end is subdued too, at least for now.

The Reds are attacking the far end and I can’t quite fathom why an early goal at the far end, nodded in by Roberto Firmino, is ruled out. Conversely, when Gini Wijnaldum heads goalwards it’s a real surprise to see the ref signal a goal. Bottom line is that in a ground as big as this, most of the time you can’t tell what’s going on. When Firmino taps home from practically on the line ten minutes into the second-half, I’ve moved much closer to the pitch into an empty space. He and the team celebrate right in front of us and its that moment that makes sense of this whole pursuit.

Despite the late scare of a Spurs consolation, the Reds hold on. Five on the bounce is serious title business and it’s a great feeling walking away from the ground listening to new-age Spurs fans bemoan their tactics (without having an actual clue) while others bizarrely console themselves that their fantasy teams are doing well. Yeah, so is mine lads, and it’s called Liverpool.

As usual, all the best laid plans go awry. I can’t find the pub we’re agreed to meet at post-match so I give in and have a pint elsewhere with another couple of Reds I bump into. The afternoon fades away into evening but there’s still the train home and another party.