Those Nine Months – Huddersfield Town (Away) 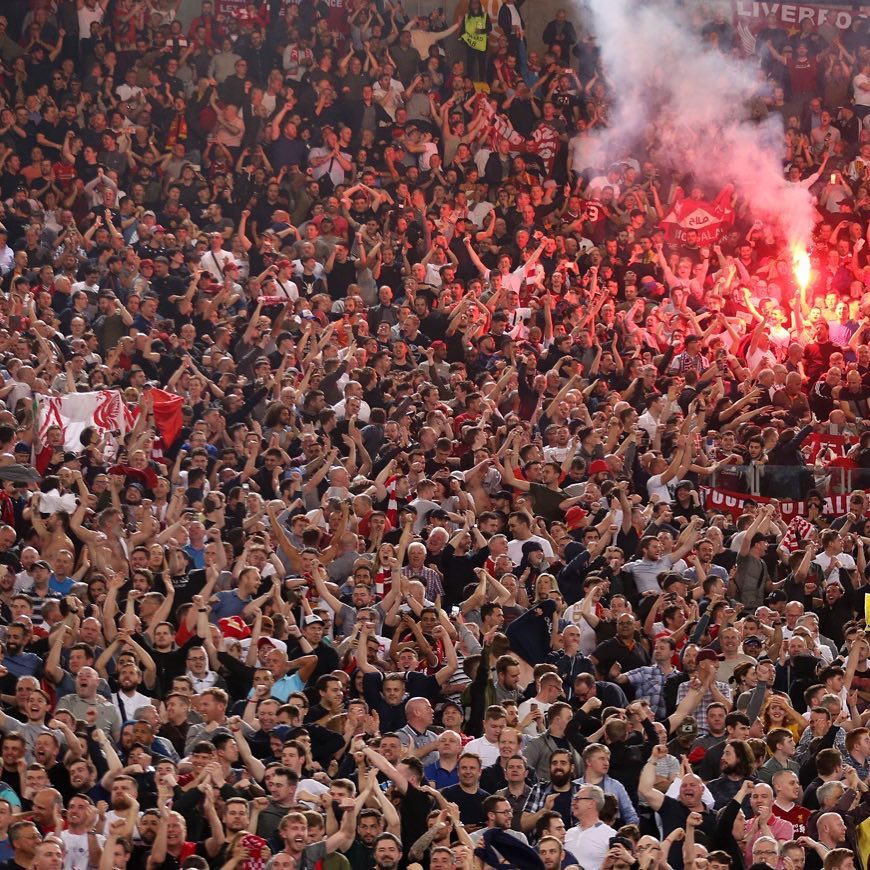 I’ve been around long enough to recognise what it takes to win league titles. English football has changed dramatically since the days when the greatest Liverpool teams steamrollered their way to glory in May, but many of the basic requirements and principles remain just the same.

Reds’ fans are craving, and fretting somewhat, over the temporary loss of the free-flowing football that defined last season’s campaign. There was little to remind us at Huddersfield of the energy, zip and swagger of this Liverpool team at their frightening best. It’s been that way for some weeks now but we’re still getting the job done. The misty detail of those championship years fades with each passing year but those with a true remembrance will recall how scruffy away wins – tinged with a lucky break here and there – were the results which gave most satisfaction to the Boot Room.

The 1983-84 season in particular, which ended with a treble triumph, often saw Liverpool huff and puff, play in fits and starts and sometimes just hang on until an isolated moment of quality – and in most cases an Ian Rush winner – earned all three points.

Winning ugly became a Liverpool art form; an underrated quality which sapped the belief of opponents before they would succumb to the inevitable.

At some point though, Liverpool will need to recapture their attacking spark if they are to keep pace with Manchester City. News of another thumping – Burnley swatted away 5-0 at The Etihad – before the spectacular pink skies set over the dome-shaped stands of the John Smiths Stadium is somewhat deflating. The required points standard shows no sign of abating; the old adage that a draw away from home can be viewed a good result now complete anachronism.

Adding to concerns prior to kick-off is an unfamiliar line-up, with Roberto Firmino rested and Sadio Mane missing out with his broken thumb. For the first time, Jurgen Klopp has put his trust in a more extensive reshuffle; the presence of a cerebral Adam Lallana as well as the bustle of Xherdan Shaqiri a clue perhaps that the manager is racking his brains in an attempt to reprise the invention and vision that has been largely missing this campaign so far.

Shaqiri – diminutive in the extreme – cuts an unusual figure; his socks rolled high over his knee so that only the thinnest band of flesh is visible on enormous thighs which chug like pistons. He’s brim full of energy and movement, endlessly patrolling the midfield for pockets of space. When Joe Gomez fizzes a pass into his feet, Shaqiri instantly takes a sure touch and looks up. His weight of pass into the path of a foraging Mo Salah is measured to perfection. The Egyptian, recently hesitant and indecisive in front of goal, has no decision to make other than to dart ahead of his man and stretch to clip a right-foot shot across the keeper.

The celebrations in the Liverpool end of the stadium trump that of a contrite Salah who brushes off the plaudits of his team-mates as though his goal is apology for disobedience. The reaction of his peers in Red though – in the stands and on the pitch – tells its own story.

If dreams are to be fulfilled next May, Salah remains the most obvious catalyst.

Supporters watch his every move and twitch aching to see the vitality and confidence that oozed from his pores last season.

The Reds fail to capitalise on their lead and cede an equal share of possession, encouraging the supportive home fans starved of goal here since April. Their relentless clapping, monotone chanting and beating drum at the back of the stand burrows into your brain and plays on the gathering nerves. At the far end, a shot from a mile out clatters against the post; the loud cannon of ball on upright audible on the top of the Pennines. Another scare passes when a linesman’s flag leaves the premature cheers of the bolshy Terriers in their throats.

The second-half is equally stressful even if Liverpool are grinding it out and keeping Huddersfield at arms’ length. Klopp is clearly a fan of Dejan Lovren who has forced his way back into the fold but the Croat curries less favour among a support that has witnessed too often an unerring ability to throw the occasional spanner into his own works. When a cross evades Virgil Van Dijk, in trademark Degsy fashion, he contorts his body into an unrecognisable shape and flicks out a flailing leg to tee up a chance which is thankfully blazed over the crossbar. Three thousand Liverpool fans exhale while simultaneously exchanging knowing looks.

The final whistle goes soon after and it’s hardly been a vintage showing but all is well that ends well. We’ve ridden our luck, got away with it and console ourselves with a welcome victory. If the sign of a good team is one that can win when not playing well, then this is a very good Liverpool side. The Reds just need to soon remember that themselves.