The Tale of Two Midfielders

Fabinho has suddenly become a pivotal part of Liverpool's midfield - however Naby Keita is struggling to make the desired impact.

Liverpool's Fabinho (right) misses a penalty during the pre-season match at Anfield, Liverpool.

Liverpool are top of the league by four points – a huge moment in a title race at Christmas Day.

Four of the last five league leaders on the 25thDecember have gone on to become Champions. Unfortunately, the exception to that rule is none other than ourselves.

But increasingly, we are looking like a team that has every ingredient we need to right that wrong. And Jürgen Klopp is the man who has melded a recipe that is going to take some beating. At the heart of this is the selections available to him in midfield.

You could argue that only Manchester City have a bigger array of quality options in their engine room. It is extremely telling that we are able to rest Georginio Wijnaldum for the difficult trip to Molyneux and bring in skipper Jordan Henderson.

The man catching the eye for me at the moment however is Fabinho.

The Brazilian was not even making the bench two months ago and he is suddenly a key component to the way we play. He is primarily a defensive midfielder to break up play but he has now set up two goals in as many games. His range of passing is underrated. It was also pleasantly surprising to see him stride forward and set up Mohamed Salah’s delightful early goal on Friday night.

His ascendancy into the starting eleven is a contrast to Naby Keita. The Guinean talisman was the subject of one of the most unusual transfers in history, with his deal to come to Anfield from Red Bull Leipzig agreed a year in advance. This has allowed a year of hype to build – and justifiably so, as he is a superb footballer.

However, it has been far from plain sailing for Keita. Clearly talented, it just hasn’t clicked for him at Liverpool just yet. It’s been a frustrating and stop-start beginning to his time at the club. There have been signs that he is not far from the required level and his performances have been impressive lately. Not the case against Wolves, when he left the field early in the second half. He did seem to be hampered by a sore foot, which he got in a tackle just before our first goal. 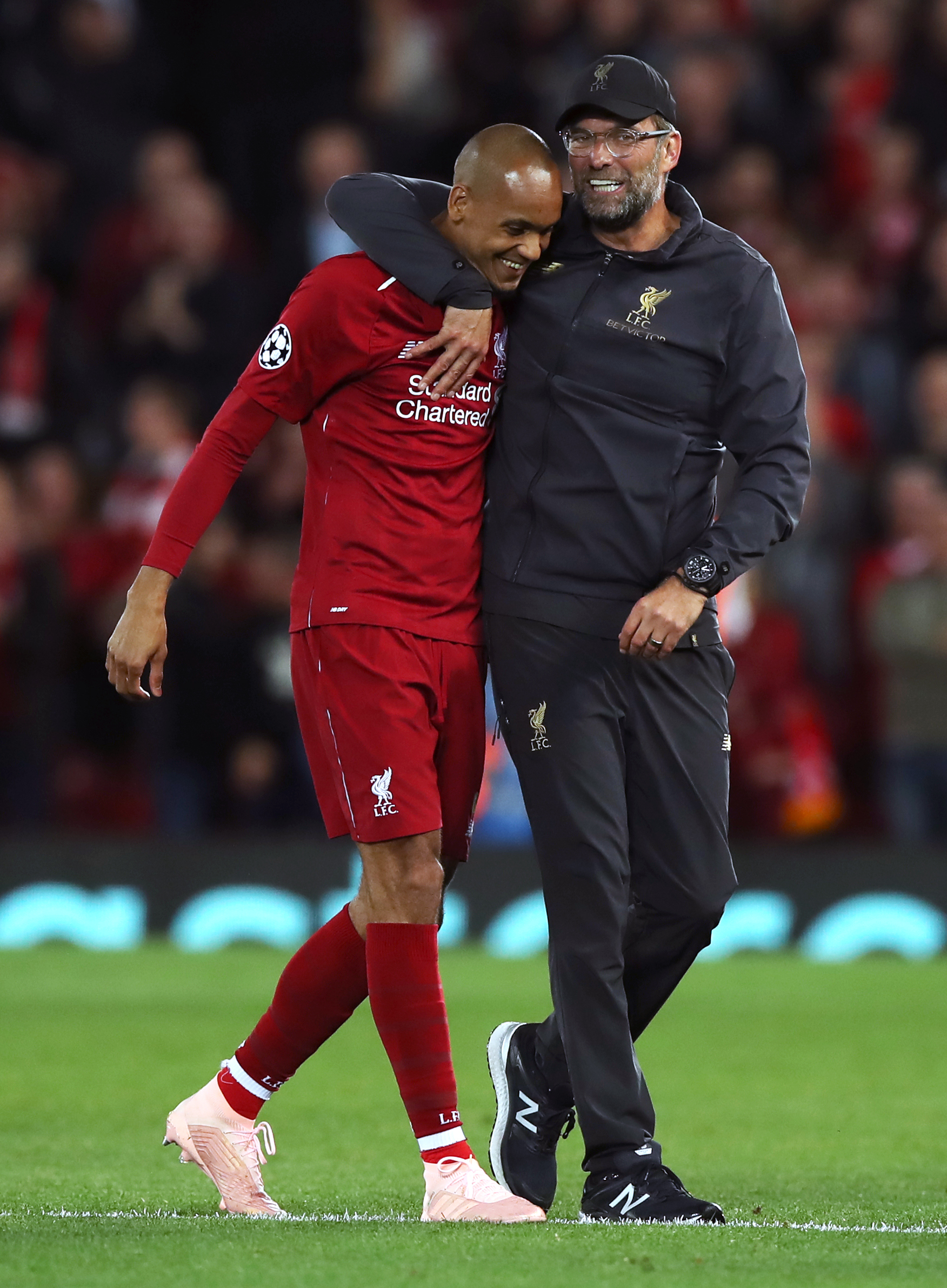 However, he seems to have a 65 minute limit at the moment where his batteries run out. All the talk was of Fabinho not being up to the pace of the league but he has completed 90 minutes on almost every occasion he has played. Keita has not and he seems to fade in the second half of games. This level of fitness will come.

He has had several niggling injuries which have prevented him from having an extended run in the team. Hopefully, he can be fit for the Newcastle United game and give himself an opportunity to continue his recent run of starts.

But it is a huge rub to the squad that we have assembled that Fabinho barely played until November and Keita has hardly broken into a light jog – and we’re still top of the league. We have so many options in that midfield area now – James Milner will play there too but he has been deputising at right back in recent weeks.

With a manic run of games since the start of December, the ability to be able to call on a small army of midfielders is a massive difference to the tail end of last season when we had to play Trent Alexander-Arnold in midfield due to a lack of numbers.

This ability to rest and rotate will stand us in good stead for the business end of the season.

We are in such a good position and Boxing Day marks the half way point of the season. Even though we have been in this position as recently as 2013, this feels like uncharted territory. And with Fabinho now firmly understanding what he needs to do and how to play Klopp’s way, we can afford for Keita to take that little longer to adjust.

When he does, the balance available to our midfield will be even more terrifying than it already is.

How many eggs should Klopp put in Premier League basket?