'Despite being top of the pile, a certain anxiety comes before every fixture' - The Leicester game previewed from a fan's perspective

If Liverpool supporters can look back in May basking in the glow of being crowned Champions, all the angst and foreboding which accompanies the build-up to each match will seem like wasted energy.

What were we worrying about? Why did the absolute confidence and belief accrued after each victory gradually turn to trepidation before the next fixture?

The truth is that, as much as we like to feel we’re a vibrant, optimistic, sometimes superior fan-base  we’re conditioned to the fear of failure. Despite the fact that in 2009 Liverpool’s squad was vastly inferior to that of Manchester United – and in particular three quality strikers lighter – the perception was that Rafa Benitez blew the league. Similarly in 2014, the Reds collected 37 of the last 42 points on offer but having assumed a winning position, failing to see out the task was deemed a collapse.

There is still a long way to go in this title battle but the potential narrative is already set in stone. For all that fans seemingly all over the country are already complaining about how unbearable Liverpool fans will sound should our team prevail, the prospect of the gloating and schadenfreude from our rivals if we’re pipped at the post again is too dim a prospect to even contemplate.

This is emphatically Liverpool’s title to lose and we’ll never live it down should we fail to deliver.

Leicester City at home on Wednesday night shouldn’t hold too many fears but still those nagging doubts eat away at the soul. The dates of fixtures which offer potential hazards – notably the trips to Old Trafford to face a resurgent Manchester United and a Goodison Park which will be frothing at the mouth – are etched on our minds, but dropped points in the “bankers” are the most debilitating. Thus far Liverpool have been perfect against the league’s lesser lights but still we dread a shock reverse which would see Manchester City breathing down our necks.

Since their back-to-back league defeats to Crystal Palace and Leicester, Manchester City have rediscovered their mojo; confidence gleaned from beating Liverpool resulting in a glut of 28 goals without reply in six matches since, albeit that four of those games came against lowly cup-tie opposition. Nonetheless, Pep Guardiola’s rampant side still cast an enormous shadow and keeping them at bay means no margin for error. Liverpool, like they have done for most of the season, simply have to keep on winning.

Jurgen Klopp has quietly managed Liverpool through a defensive injury crisis without too much damage so far. Joe Gomez is still on the sidelines and while Joel Matip and Dejan Lovren are now recovered, Trent Alexander-Arnold remains a doubt to face Claude Puel’s side and their counter-attacking threat carried by the pace of Jamie Vardy and Demarai Gray. 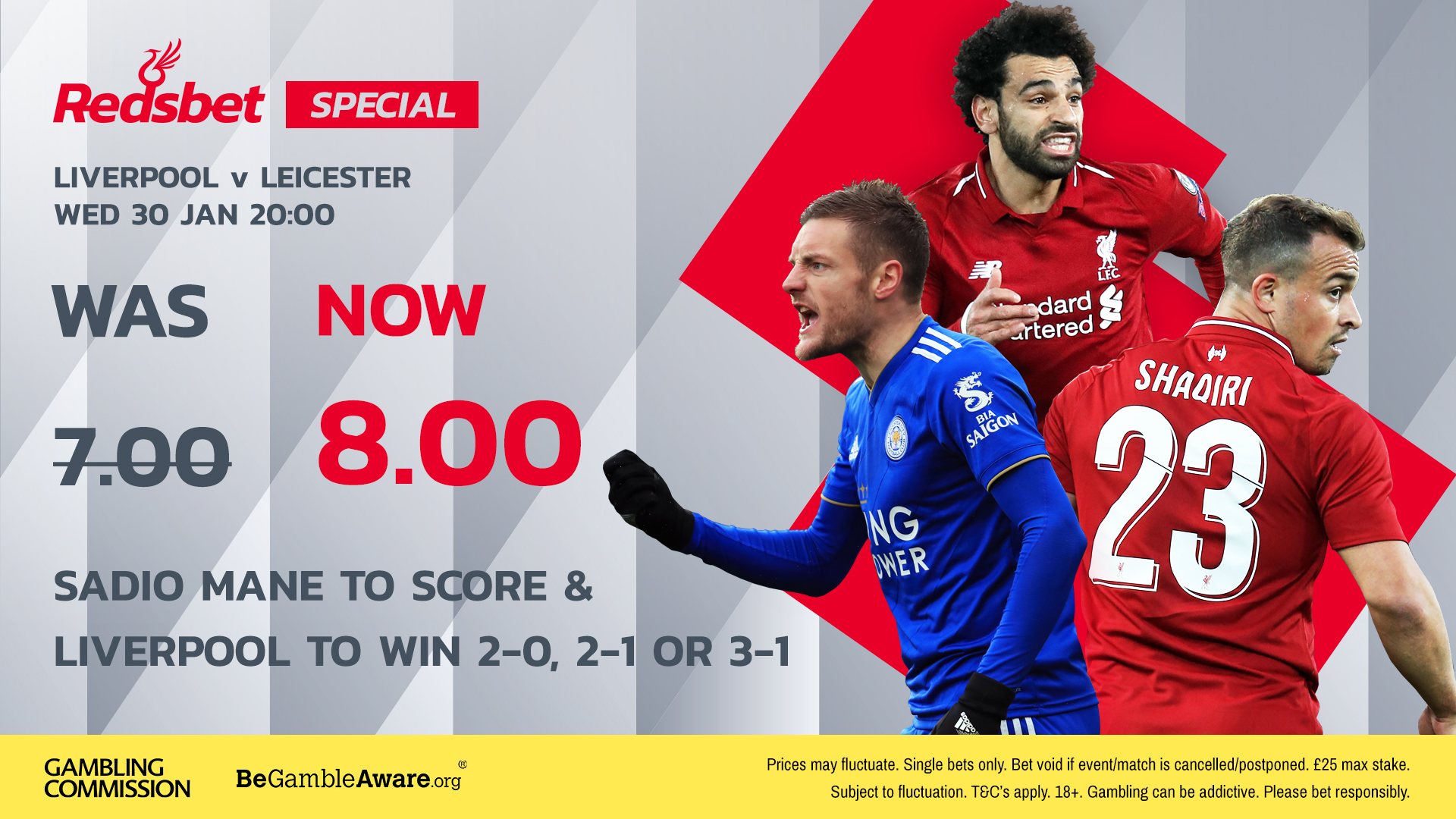 LIVERPOOL VS LEICESTER – ALL OUR SPECIALS WITH ENHANCED ODDS HERE

Liverpool’s selection problems for the visit of the 2016 Champions are compounded by the suspension of James Milner and the probable loss of Virgil Van Dijk to an illness picked up during the short break in Dubai. The Dutchman’s calming presence has ushered the Reds through the recent defensive disruption and if he is absent against The Foxes, the consolation is that Liverpool are unlikely to spend much of the evening on the back foot.

With Milner out and Trent doubtful, Klopp might be forced into selecting Rafa Camacho at right-back.

The manager has spoken highly of the teenager who made his bow at Wolves in the FA Cup and made a crucial late block against Crystal Palace when introduced as a substitute. Should Camacho play, Fabinho would be free to continue his burgeoning partnership with Jordan Henderson in midfield, with Xherdan Shaqiri likely to get the nod ahead of Naby Keita for the remaining place alongside the fabled front three.

TIP: Roberto Firmino to score and Liverpool to win – 2.50*

After the narrow, nerve-jangling victories over Palace and at Brighton, Klopp and the supporters will hope for a less fraught affair but with the games slowly ticking down it feels like we might have to become accustomed to butterflies in the pit of the stomach.

Another three points with the squad again stretched to the limit will bring hope and confidence anew. Until the next one.