Which of the young strikers can stake their claim to be Bobby's back-up?

With the new season approaching, it’s time for the players to battle it out for their place in the pecking order. Fringe players will look to perhaps get themselves into the starting line-up or, at least, to become one of the principal back-ups in their position.

Dominic Solanke and Divock Origi are two such players. With Sturridge’s fitness not something that Liverpool can rely on, the pair could well be the next in line behind Roberto Firmino, but who should start ahead of the others?

Our friends at Football Whispers are on hand to decide.

Solanke didn’t make much of an impact in his first season for Liverpool in 2017/18. He scored just one goal and got one assist in all competitions, barely featuring in cup competitions and getting just 583 minutes in the league (the equivalent of 6.5 full games).

These 6.5 games’ worth of league minutes came over 21 appearances as well, starting just five times, although you could say that starting five times in the league for Liverpool at 20 years old is quite promising.

Still, there’s the lack of end product. His one goal and assist in the league meant he contributed to only 0.31 goals per 90 minutes that he played, less than a one-in-three showing.

Over in Germany, on loan at Wolfsburg, Origi didn’t fare much better. His six goals and two assists in the league were a goal contribution rate of 0.37 per 90 minutes, although this might be more of a feat than it first appears given that Wolfsburg were in a relegation fight last season.

However, looking at their underlying statistics, the two start to diverge. 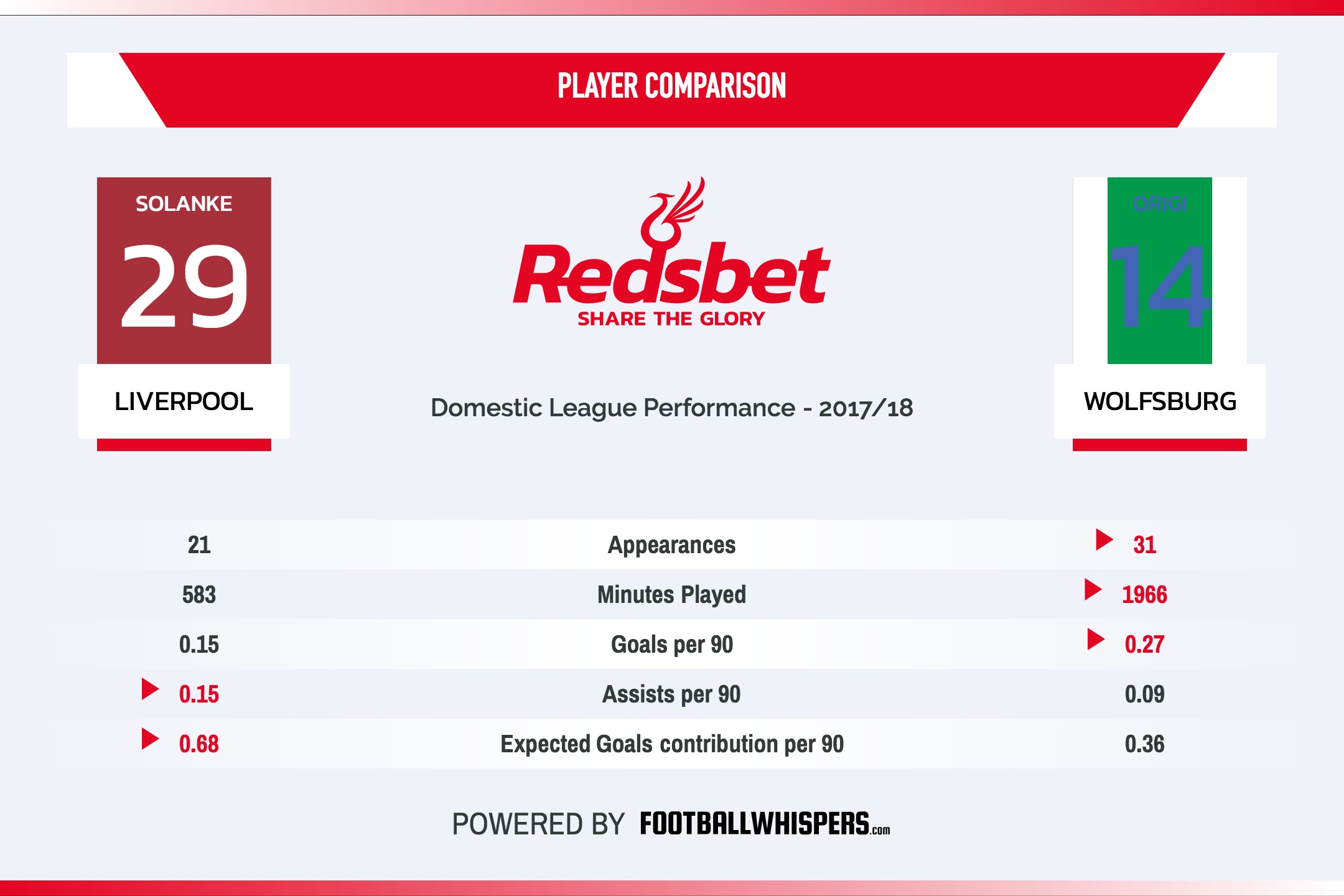 Both players scored fewer goals than their expected goals – the value of the chances they got – would suggest they could have got. Solanke’s shots were worth just under two goals, when taking into account his shot placement, while Origi’s were worth just over seven on the same measure.

Not only does this mean that Solanke’s stats give him a boost, but they also make him look like a much more well-rounded forward than Origi. 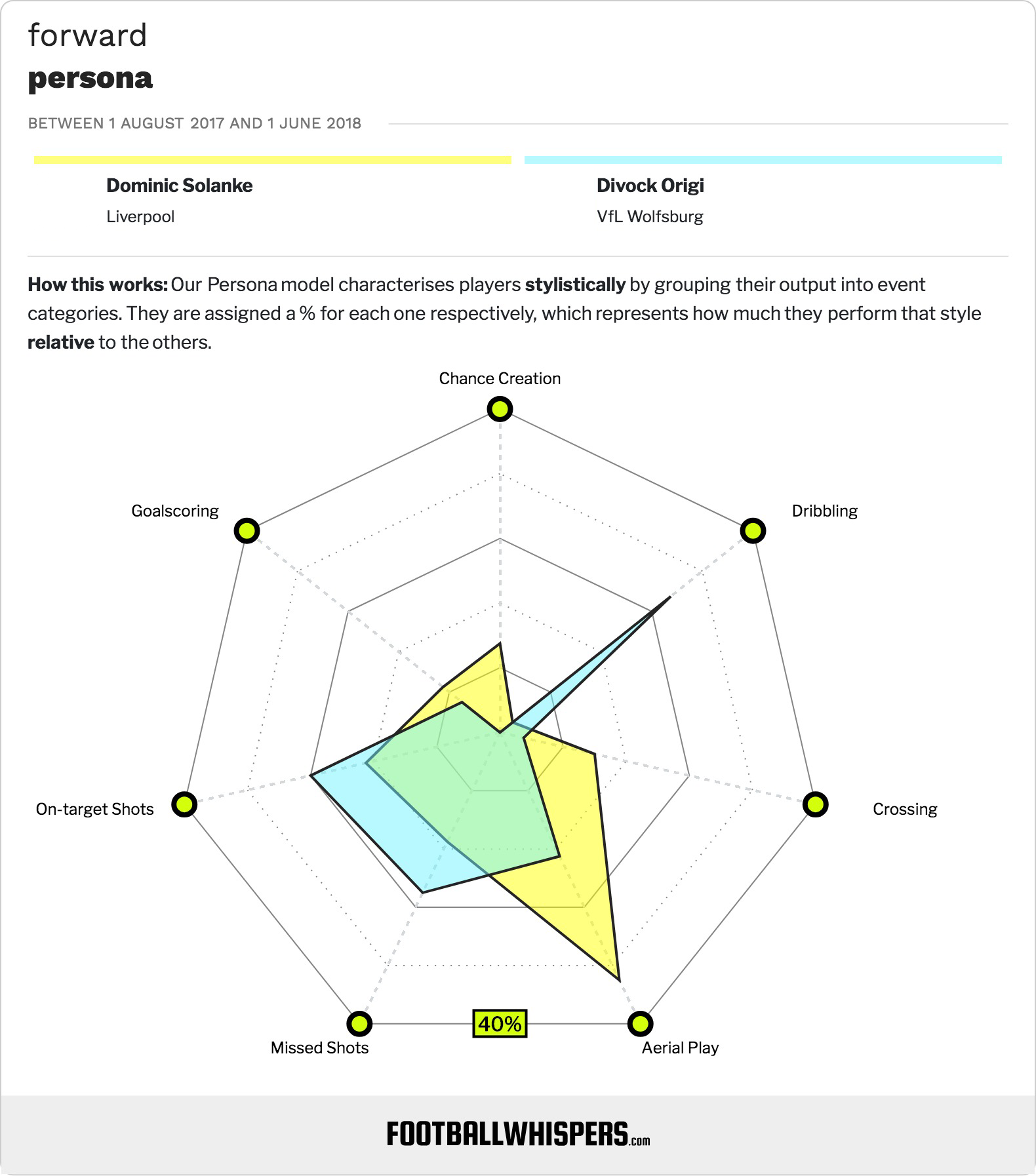 Part of this might be to do with the style of play of the respective clubs, but it’s nonetheless an advantage for Solanke. Either he genuinely is a more well-rounded forward, or he’s had the bonus of having played in Liverpool’s system last season.

This, plus his age, would appear to put Solanke in the driving seat to be the main back-up at striker. At just 20, turning 21 in September, he has room to grow that Origi doesn’t. The Belgian is 23, an age at which it’s far easier to see what kind of player someone is than when they’re younger. If Origi doesn’t show signs of quality soon, then the chances are that he won’t ever do it at the level Liverpool will require.

The Solanke v Origi battle still needs to be decided, but don’t be surprised if it’s the Englishman who ends up winning it.

Mo Salah to score in each of his first three league games
(vs West Ham, Crystal Palace & Brighton) – 7/1