Betting preview, tips and enhanced odds for the first match of the 2019 Six Nations between France and Wales.

We thought we would know a little more about this French side this time having had a year to develop as a side under Jacques Brunel.

However, they still remain an unknown quantity such has been their volatility in performance and selection, as the French coach continues to tinker with his side which has been reflected in their current run of six defeats from their last seven matches.

Waleson the other hand, have been on a superb run of nine straight wins since their 27-37 defeat at the Aviva Stadium in the third-round last year – their third longest streak in their history. Indeed, only England have had a better build up to any previous Six Nations tournament, back in 2017, when they had won all their previous 14 games and subsequently went on to lift the title. That shows just how impressive Warren Gatland’s side has been especially with this being the first Autumn to date his chargers have gone unbeaten. 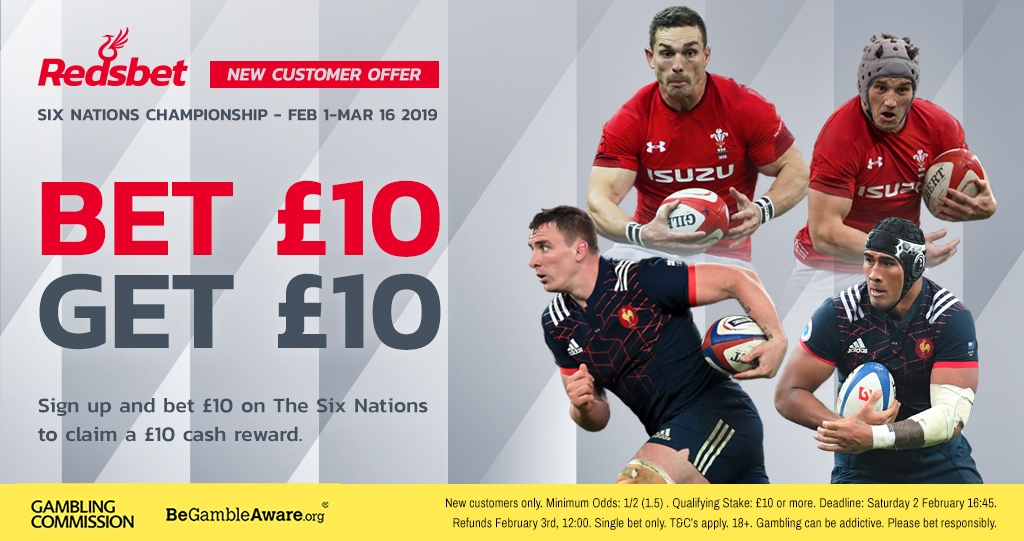 Eight of the players that started against Wales last year aren’t even in the French squad this time around such has been the change that Brunel has implemented. However, they still do look an exciting team with the likes of Wesley Fofanaand Camille Lopezreturning for this years’ competition, but they’ll need score their tries through other means then Teddy Thomas, with the flying winger sidelined through injury.

The Welsh are looking strong and althoughLeigh Halfpennyremains out through concussion, the Welsh have strength-in-depth in the back-three, with Lions full-back Liam Williams given the 15 jersey. Their only area of slight weakness looks to be in their back-row, but they’ll hope Ross Moriartycan once again fill in for the injured Taulupe Faletau, and other absentees meansAaron Wainwright is waiting in the wings to gain just his second cap.

All your France vs Wales markets

In Gatland’s 10 matches in charge of Wales against France, he has a record of six wins and four losses, but significantly, these six victories have come in their seven most recent meetings since 2012, with the exception that infamous encounter in 2017 where they played for almost 100-minutes. Only one of those victories came by more than 10 points though, and so we are still expecting a close tie, especially since France have only once lost by more than 10 points since 2012 on home turf – coming against New Zealand. Indeed, only a stoppage time try saw them lose out to South Africa in the Autumn, while it took a miraculous Johnny Sexton drop-goal to down them in their Six Nations opener 12 months ago.

Given Les Bleus’ poor run of results we’re a little surprised to see them priced up as favourites. We’d much rather be on the visitors side and as Wales’ last six victories in this tournament, when excluding Italy, have been by fewer than 11 points, the winning margin looks the best market.