Liverpool’s pre-World Cup failure to sign Nabil Fekir, a week after the euphoric rush of Fabinho’s arrival, was a sobering reminder that even with the best intentions, you win some and you lose some in the transfer market.

Xherdan Shaqiri is two years older than Fekir and doesn’t hold the same level of mystery and, therefore, excitement. But he will be around £30million-£40million cheaper and for what Liverpool require could be the more common-sense signing.

Jurgen Klopp’s devilishly effective 4-3-3 system had one inherent weakness last season : its success allowed teams to set up accordingly and counteract it. Of course, if Mohamed Salah, Roberto Firmino and Sadio Mane were ‘on it’, there was little that could be done.

But by not surrendering possession high up the pitch, maintaining a deep midfield line and ensuring defenders didn’t commit themselves forward, additional security could be created against the free-running of Salah and co.

Unless you’re Barcelona 2008-2011, it’s very hard to be a universally successful team with just one method of playing. Klopp, therefore, while reinforcing and upgrading areas of his squad, knows he must adapt and create new ways of attacking.

Fekir may not be able to create a whole new approach on his own but he would have been something a bit different in the attacking third; more cerebral in his appreciation of space and the way he can move the ball and equally as potent on the front foot or at a slower pace.

If that project is to be scrapped, as it appears, then Shaqiri should make the move to Anfield in the coming days. Our friends at Football Whispers explain why a deal for the 26-year-old would make sense – even if it won’t necessarily get pulses racing.

Stoke’s relegation to the Championship means the Swiss international will be available at an economic price. Although not quite the £12million which has been widely reported, the Reds won’t be forced to pay beyond £20million. A price that now represents an average Premier League purchase.

To get an established top-flight and international performer in his prime for that would be truly exceptional business. In fact, it’s curious no other Premier League club is competing for Shaqiri’s signature, considering what he’d bring to Leicester post-Riyad Mahrez, Newcastle, or even Tottenham as an alternative to Christian Eriksen.

Think Nabil Fekir will end up at Liverpool this summer? It’s priced at 13/10 with RedsBet

Liverpool look to have a clear run at their man who could be signed by the end of the week, as Switzerland’s elimination from the World Cup in the last 16 has helped accelerate a decision over his future.

Shaqiri has his faults, no doubt. He can be frustratingly reluctant to stamp his authority on games and his individual gifts with the ball at his feet can sometimes result in a lack of work rate to make something happen, always knowing he can do it, without necessarily having to try.

Stoke provided the perfect platform to shine as their playmaker and star man, having been swallowed up by the systems at Bayern Munich and Internazionale. But the elevated status he enjoyed at the Potteries also led to a comfort in too many performances. 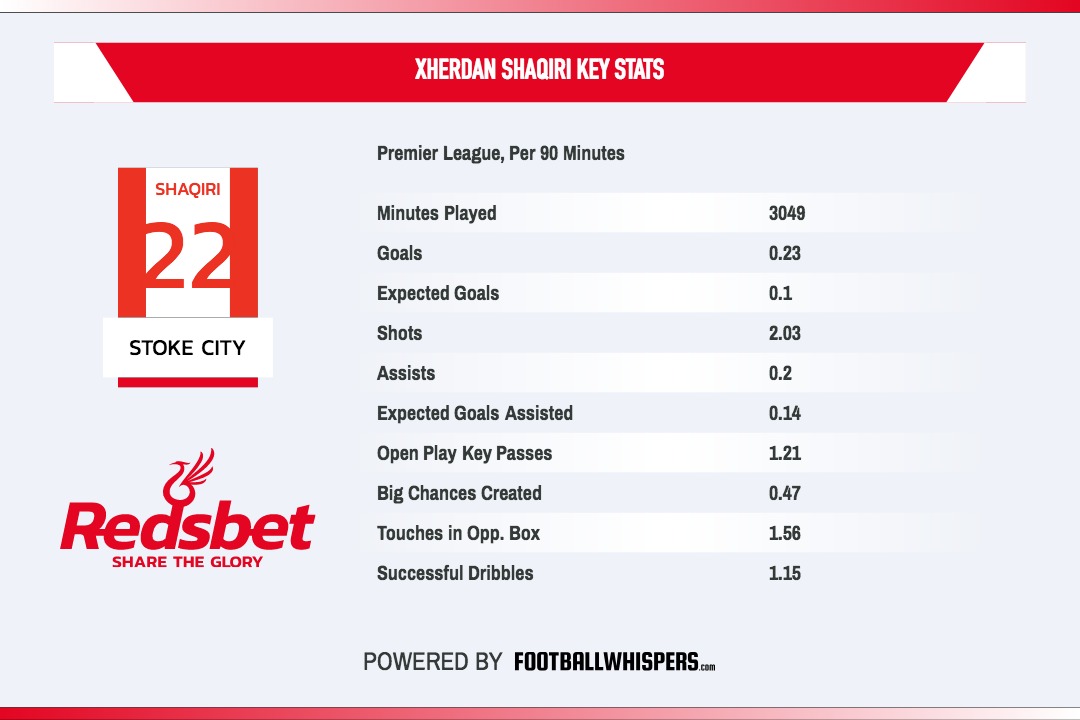 That may raise red flags inside the Anfield boardroom as to the type of character they are buying. But for reassurance they need only look at his performances for Switzerland where there is responsibility placed on his shoulders which compels him to exceed his normal level.

In the pressured environment of Liverpool, where ambition is raised each season Klopp is at the club and the quality increases, Shaqiri knows he cannot make do with middle of the road displays, peppered with fleeting moments of brilliance.

He has spent sufficient time in England to feel settled, while his background and football career have shown him to be an adaptable sort and the experiences of Munich and Milan, however regretful they may be, will ensure Liverpool isn’t an intimidating prospect.

From a tactical perspective he could play on the right or left of the three and, although he may appear to have athletic limitations and isn’t as naturally quick as Salah or Mane, he does have surprising pace and a power to his running style.

But Shaqiri’s presence in the Liverpool team will be primarily to create, working between the lines against packed defences and picking passes into space for the forwards to seize upon.

Once Philippe Coutinho left for Barcelona Liverpool lacked a passing playmaker, capable of opening teams up when they sat deep with rigid defensive blocks. Klopp countered by focusing on transitions and pace but teams did – and will continue to – get wise to it.

Alex Oxlade-Chamberlain provided seven assists from midfield but he is more of a driving force, playing at speed rather than changing tempo and putting with his foot on the ball as Shaqiri should do.

He is also an excellent set-piece taker, ranking fifth among Premier League attackers for set-play key passes per 90 last season (0.82). Liverpool were ninth for set-piece goals last season with 11, Shaqiri can help improve that figure and add another regular offensive weapon.

Can Liverpool win the Champions League next season? Back them at 12/1 with RedsBet

The familiarity of Shaqiri to Liverpool fans may also create a kind of apathy; the feeling they know what they’re getting with the Swiss. But the examples of Oxlade-Chamberlain, Mane, Henderson and – to a lesser extent – Andy Robertson should be cause for optimism.

Klopp, as he’s also shown with Firmino and Salah, improves players. Not just by making them better, but by adding more layers to their game.

Shaqiri is such a multi-faceted footballer there should be an excitement that there is more to come. While £20million for a proven Premier League performer is outstanding business, there is tantalising potential, and a sense of mystery, that he might be even better than we think. 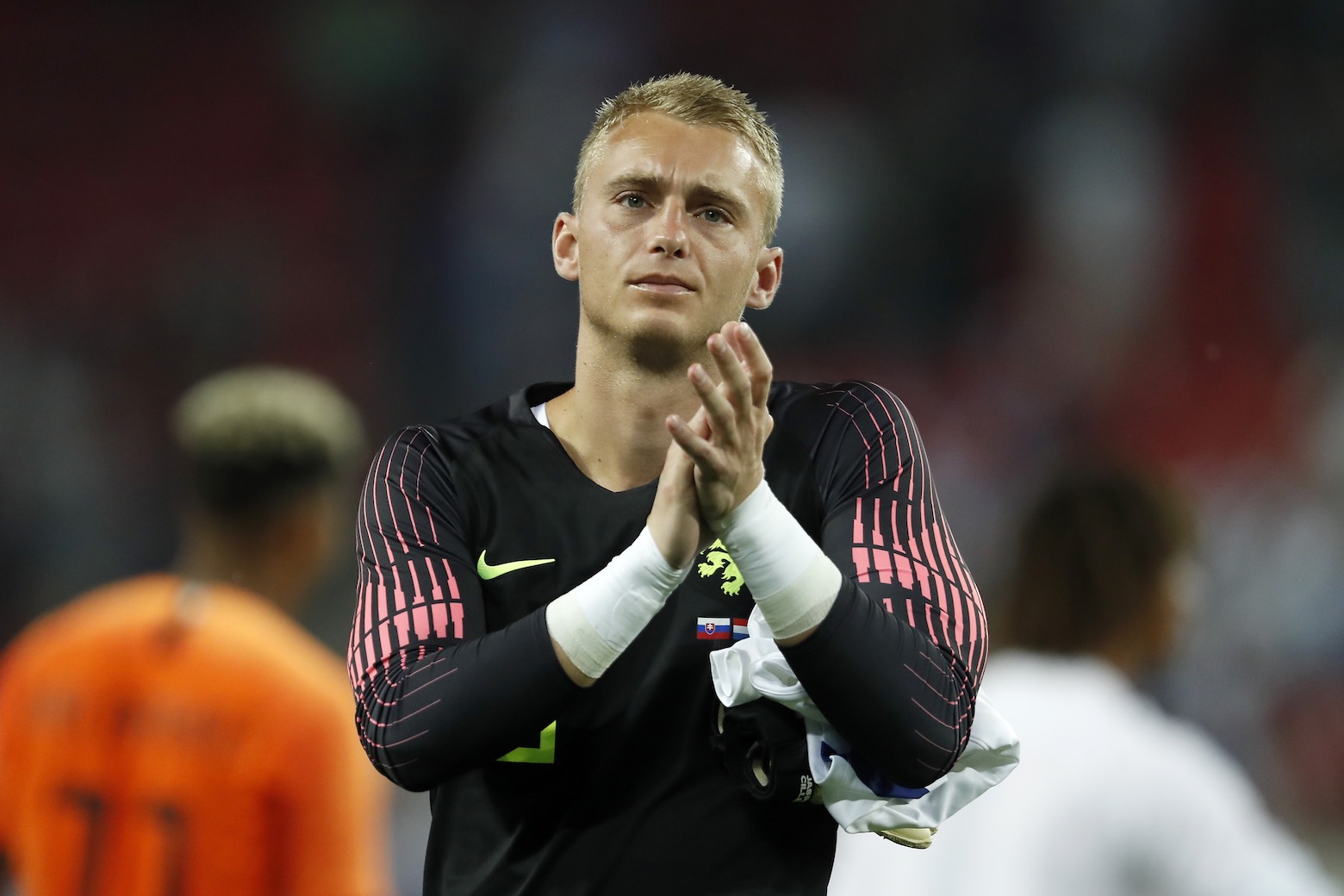