World Cup fever will take over the nation tonight, when Gareth Southgate’s brave boys take on Tunisia in Volgograd in the first of England’s matches at the 2018 edition of the most highly-anticipated global sporting event.

Will they get off to a good start? How far can they go? Can football finally be brought home after 52 painful years of hurt?

Pubs will be packed. Faces will be painted. Grown men will dress in full chainmail. St. George’s Cross will adorn the windows of thousands of Ford Mondeos up and down the country.

But not in Liverpool.

At least, not to the same extent.

Back Tunisia to beat England tonight at 17/2.

The city of Liverpool’s apathy towards the England national team has long existed, and, despite the inclusion of a talented young scouser in this year’s squad, and the removal of the much-maligned (on Merseyside) Roy Hodsgon from the Three Lions’ dugout, it shows no sign of abating this time around.

Sure, plenty of club football fans from across England are not overly enthusiastic about the national team, but the level of sheer disinterest in Liverpool is unmatched. The reasons for the detachment are rooted in the differences between the identity of Liverpool and the rest of England.

Tunisia to score the first goal tonight is 4/1.

First and foremost, Liverpool is an immigrant city. Its position as a port has for centuries meant that foreign travellers have docked and made a home here, and their cultural influence has helped form the city’s way of thinking – Liverpool is, generally, open and welcoming to outsiders. The success of The Beatles and Liverpool FC across the world between the 1960s and 1980s, meanwhile, meant the city made its mark abroad just as much as it did at home. Liverpool, therefore, looks out over the sea to Europe and the United States far more than it looks inwardly to the rest of the United Kingdom.

But the city’s global worldview is in stark contrast to the increasingly insular one held by seemingly the majority of the rest of England. 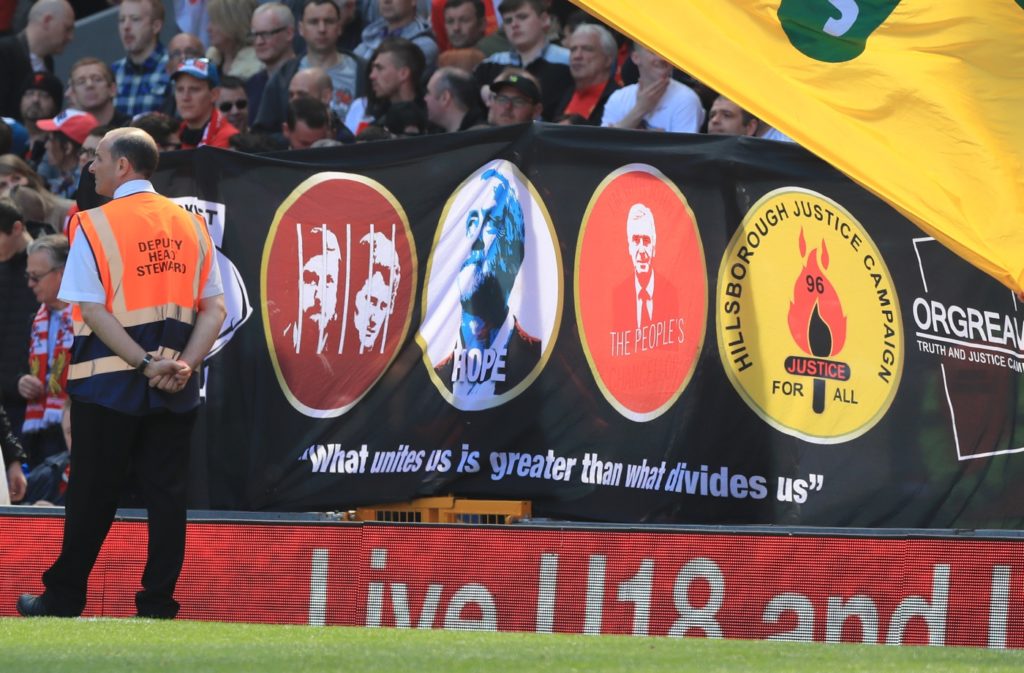 The United Kingdom’s decision to leave the European Union was brought about by a rising tide of anti-globalism, anti-immigration, and nationalist nostalgia amongst English voters. Liverpool, meanwhile, voted strongly to remain, having benefitted enormously from European Union funding, which helped revolutionise the city centre during its year as European Capital of Culture in 2008.

And the contrast in present day political opinion has been highlighted in behaviour amongst football supporters. In 2016’s Europa League final in Basel, a Liverpool banner read “No thanks UKIP, we like being in Europe,” while the European Championships which took place the same summer saw England supporters chanting “Fuck off Europe, we voted to leave” in French town squares.

Liverpool’s mainly negative view of the British monarchy is also at odds with swathes of the rest of the country. For this year’s royal wedding, Liverpool City Council received just one application for a public street party to celebrate Prince Harry and Meghan Markle’s nuptials, while hundreds of similar events took place across the southern counties. Additionally, the vociferous booing of the national anthem by Liverpool supporters at the 2012 FA Cup final against Chelsea at Wembley incensed the majority of the mainstream press and many supporters of other English clubs.

It would be tough to support the national team if the players are belting out the lyrics “God save our gracious Queen” while you’re jeering it in the queue for the bar.

It’s not just recently that Liverpool’s political stance has begun to differ wildly from that of the rest of England. In the 1980s, Liverpool City Council went to war with Margaret Thatcher’s Conservative government, setting what was deemed to be an ‘illegal’ budget in 1985 in response to savage government cuts that threatened to leave the city in ruin, running with the slogan “better to break the law, than to break the poor.”

In letters made public in recent years, it was revealed that Thatcher’s government planned to put Liverpool into a period of “managed decline” after the Toxteth riots in 1981, with various ministers urging the Prime Minister not to “waste” public money on the “stony ground” of Merseyside.

In contrast to its results amongst the national electorate, the Labour Party’s vote had been increasing rapidly in Liverpool since 1979, entrenching the city as a socialist stronghold, which it remains to this day. In the coloured constituency maps from the 2010, 2015, and 2017 UK General Elections, Liverpool serves as a solid red enclave in a surrounding sea of Tory blue.

Since the 1980s, in part because of the city’s increasingly isolated position as a socio-political anomaly, and to some extent because of the football club’s success, Liverpool has been on the receiving end of a consistent tide of unique terrace vitriol.

Fans of clubs with, in theory at least, supporter-bases equally as working-class as Liverpool FC’s, regularly spend the full 90 minutes of football matches at Anfield singing songs about unemployment and benefits, intertwined with ditties mocking the perception that Liverpool fans, and people from Liverpool generally, see themselves as serial “victims”, which serve as little more than thinly-veiled digs about the Hillsborough disaster.

For decades, the scouse accent, and perceived attitude and demeanour of people from Liverpool, have been routinely mocked on television and in media more widely, often by privately-educated rent-a-gobs from the south of England.

What the mocking of Liverpool and Liverpool people by other English men and women does, is further drive a wedge between the two. It reinforces the notion that there is an us, and there is a them, and that the lines between the two will not be blurred. It strengthens the idea that Scousers and English people are different.

So, when Harry Kane slips a side-footed finish past Mouez Hassan to double England’s lead in southern Russia next week, the country will rejoice. But the atmosphere in one city will be far more muffled.

Geographically, historically, politically, culturally, and socially, Liverpool is simply too different from England to truly support the same sporting cause.