It was lift off for Liverpool’s pre-season as they came from behind to beat Manchester City 2-1 at New Jersey’s MetLife Stadium.

Goals from Leory Sané, Mo Salah and an injury time penalty from Sadio Mané gave the Reds their first victory in the 2018 International Champions Cup and erased the disappointment of the late defeat to Dortmund.

If you believe in pre-season being an opportunity to lay down a marker, Liverpool did just that as they defeated last year’s champions. Some will see that as a huge psychological victory, I personally see it as a good win that helps to get the Dortmund disappointment out of the system. It’s a good win with a referee who put in a, shall we be kind and say “special” performance and on a dreadful pitch. 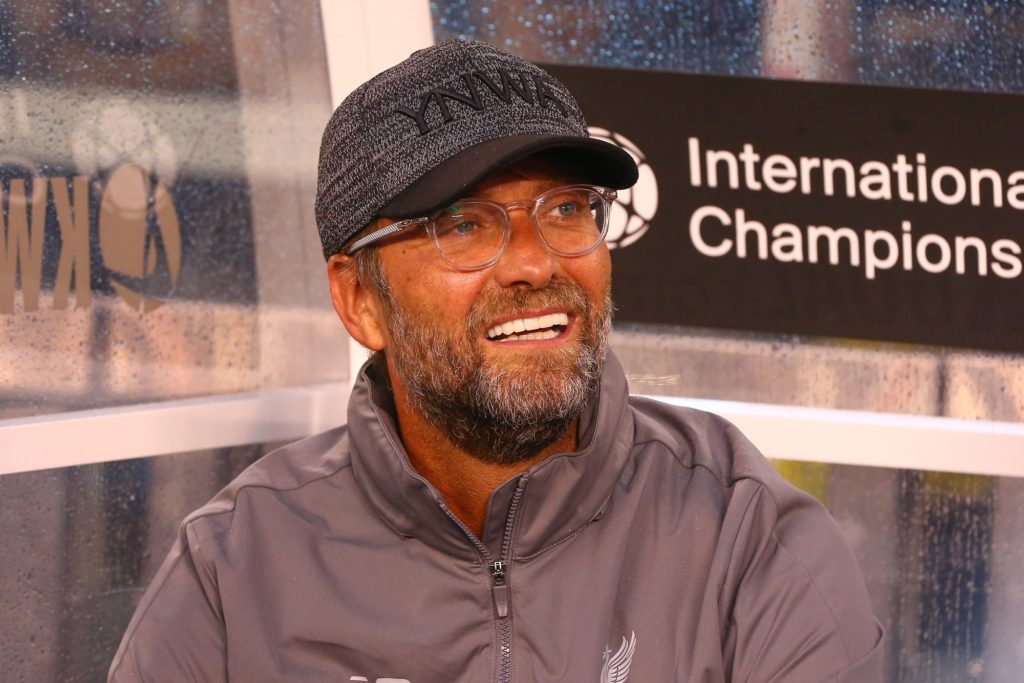 The MetLife surface was not in a good place after a Taylor Swift concert – something that Jurgen Klopp shrugged off after the match. It did however resemble a cabbage patch.

The reality of it is that Manchester City’s team was relatively youthful at most points in the game. They had the most players of any team at the 2018 World Cup and as such many of their big name players are still on holiday.

The first half talking points generally revolved around Curtis Jones. The youthful midfielder has won rave reviews during pre-season so far and he did the exact same at the MetLife with a combative, clever performance. His use of the ball at such a young age is exceptional.

It is very refreshing to see him demanding the ball at the tender age of just 17 from far more experienced colleagues. If his level of development continues he may well find himself getting a chance in a cup competition in the near future. He certainly should have won a penalty in the latter stages of the first half but as I say, the referee was a bit of a clown. Hopefully we will continue to see a lot more of him.

It was also nice to see Mo Salah pick up where he left off in May. The Egyptian King endured a miserable, politically hamstrung World Cup where despite his two goals, the Pharoahs lost all three games and were eliminated in the group stage. He scored within 51 seconds of entering the field and his lethal form shows no sign of abating as he nodded home from a Rafa Camacho cross.

The Reds had fallen behind after 57 minutes. A brilliant through ball from Bernardo Silva set Leroy Sané away. The German was too quick even for Virgil van Dijk as he broke clear and kept his cool to beat Loris Karius with a lovely finish across the keeper. Sané’s pace of course would trouble anyone and even the irrepressible van Dijk couldn’t keep up. More frustratingly, that goal came as a counter attack from a disallowed Dom Solanke effort – the striker’s goal had been chalked off for offside.

Salah’s introduction served to turn a relatively even affair into one sided chaos as he hit the bar and had an effort cleared off the line after his goal. Sadio Mané was also making his first post World Cup appearance and he calmly stroked the match winning penalty down the middle, sending Joe Hart the wrong way.

The spot kick was awarded after Dom Solanke was bundled to the floor. It was soft but it was no softer than the foul given against Ragnar Klavan on Sunday. At least the referees in the International Champions Cup are consistent – they are consistently bad.

The winner was no more than the Reds deserved for a game they had the best of. City manager Pep Guardiola was happy with his young team post match and he has every right to be. But it’s encouraging signs for us all that the smile is back on Mo Salah’s face and he seems to have picked up where he left off in 2017/2018.