How Salah's scoring out-strips all who've come before him

Unless he repeats or eclipses its brilliance, the magnitude of Mohamed Salah’s first season at Liverpool probably won’t be properly appreciated until the Egyptian is long gone from Anfield.

A player, not known for his scoring or his consistency in front of goal, scoring 44 goals in 52 games across all competitions in his first proper campaign on English shores while not even operating as a central striker is a truly iconic achievement.

Salah was barely spoken about as an elite footballer, let alone a goalscorer, but the 26-year-old is now comfortably both. In the space of just 12 months.

In the wake of his individual excellence the immediate reaction was: can he do it again? This is partly because of the unexpectedness of the achievement, but also because of how accustomed to outstanding goal-getters Reds’ fans have become. As Salah knows, the demands are high.

Having signed a new five-year contract in June, it appears Salah’s relationship with Liverpool will be more than just a brief but intense affair and the Egyptian is well on his way to becoming a club legend, albeit with many challenges ahead.

Our friends at Football Whispers weigh up just where Salah sits and how his performances in a red shirt compare with some of the greats of the Premier League era.

Liverpool have been spoiled by great strikers down the years, their individual performances helping in-part mask the agonising wait for a league title, but they were all bona fide No9s; forwards whose starting position was around the centre-circle and who rarely touched the ball outside the 18-yard box.

Ian Rush’s later years, the emergence of Robbie Fowler and Michael Owen, and the brief but mesmeric brilliance of Fernando Torres; the Premier League era is an obvious bookmark (which understandably annoys many) but the advent of the league also coincided with the banning of the back-pass rule, while it’s boom in popularity ran parallel to FIFA’s outlawing of tackles from behind.

It’s not that it’s easier to be a forward-thinking player but comparing the game pre- and post-1990s is difficult, with few true reference points other than the colour of the shirt on the players’ backs.

Stylistically there hasn’t been anyone quite like Salah at the club since the start of the 1990s; Liverpool have had world class strikers and some notable wingers in Steve McManaman, John Barnes, Patrik Berger and Luis Garcia, but no-one who could combine both like the Egyptian does.

Salah has the pace and trickery of any of that quartet, but also the finishing prowess and penalty box awareness of a Rush or a Fowler plus the raw pace of Owen in his pomp. 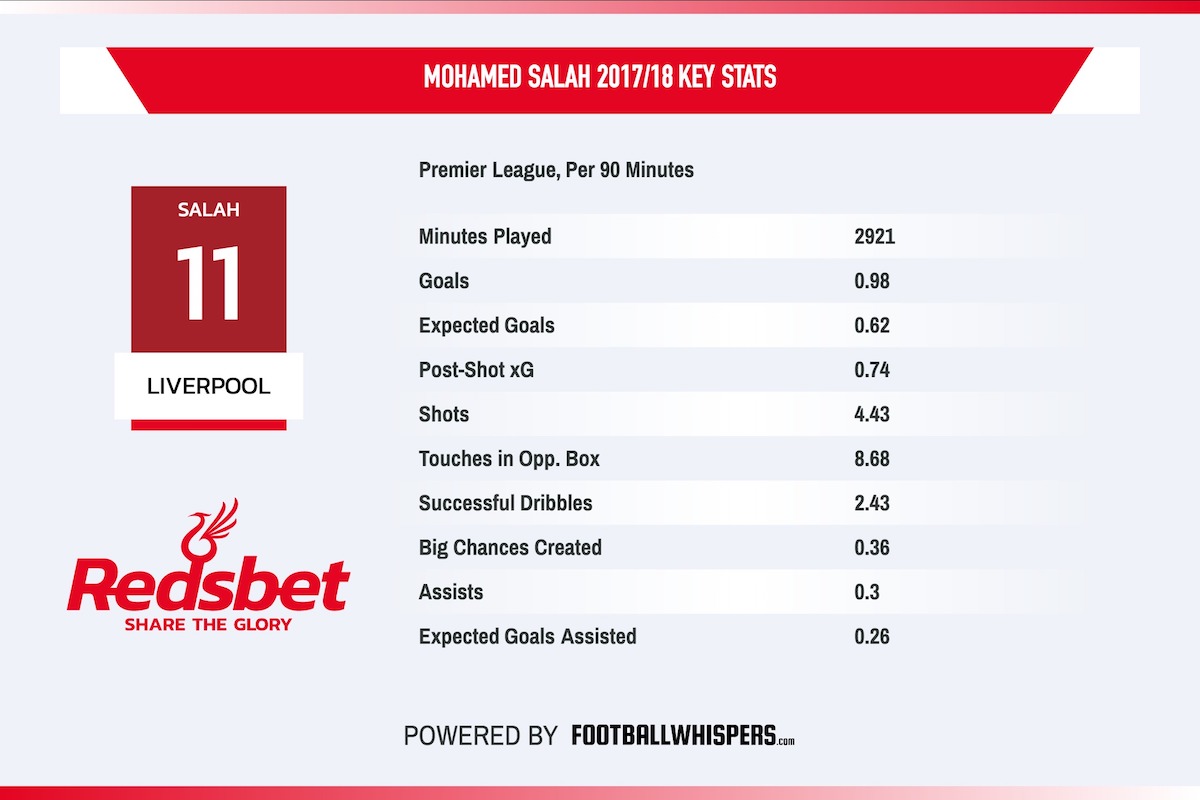 He doesn’t quite match up to Torres’ all-round athleticism in the mid- to late-00s when he was arguably the best forward on the planet, for a brief time, before his demise at Stamford Bridge, but Salah is more a sprinter than decathlete.

It’s difficult, and erroneous, to compare overall records, but for some fun, if Salah were ti keep scoring at the same rate it would only take him another 362 matches to reach Rush’s all-time club record of 346. The Welshman achieved the figure in 660 games; Salah would accomplish it in 416.

Clearly, an integral part of Rush’s excellence was his longevity and how he scored goals over 16 years, adapting his game to different team-mates, opposition and the changing landscape of the game itself.  Fowler, Owen and Torres’ stars burned as bright but for much shorter periods of time.

It remains to be seen if Salah’s season in the sun was a fantastic fluke, or if he truly is on his way to becoming one of Liverpool and global football’s all-time greats. But at the very least he’s already produced one of the all-time great goal-scoring campaigns in a red shirt.