Salah And Suarez Do Battle – Egypt vs. Uruguay Preview

After what is likely to be the relative tedium of Thursday’s World Cup opener between Russia and Saudi Arabia, Friday’s action kicks off with a bang.

The second clash in Group A pits a strong Uruguay side against an Egypt outfit largely dependant on one very special individual.

It promises to be an intriguing encounter in Yekaterinburg’s Central Stadium, but from a Liverpool point of view, the match is all about two men: Mo Salah and Luis Suarez. 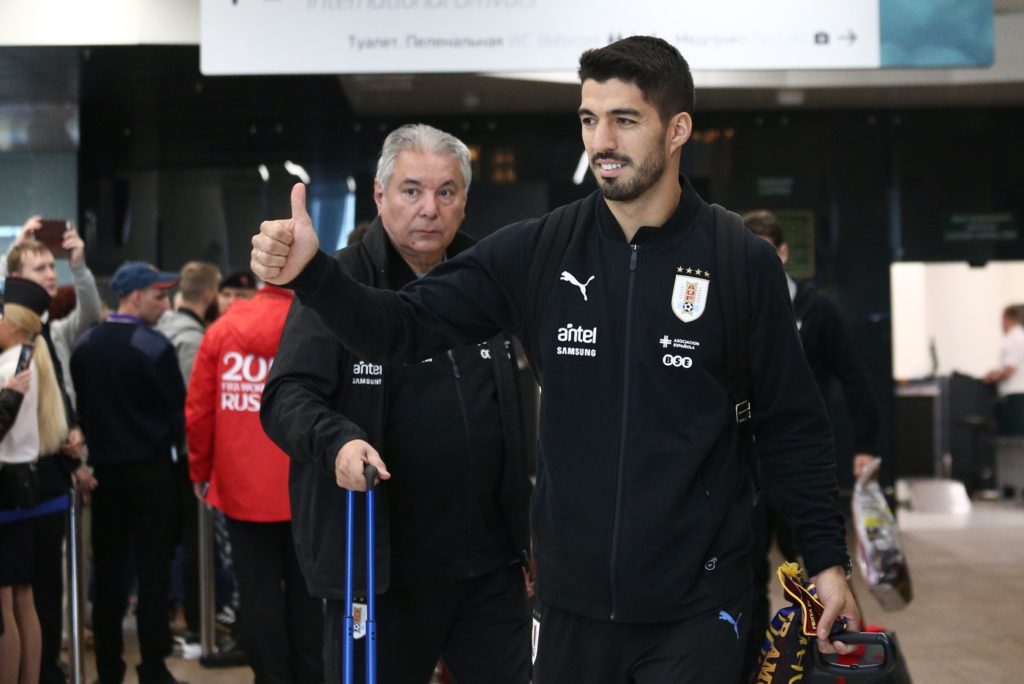 It’s not too often you get to see a current Reds icon doing battle with a past legend on the biggest stage of all.

In truth, there is still a fair chance that this will not happen on Friday, with Salah’s involvement up in the air after his shoulder injury in the Champions League final.

An entire nation will be holding its breath to see if the ‘Egyptian King’ makes the cut, such is the size of Salah’s popularity in his homeland, and in Africa in general.

As for Suarez, arguably Liverpool’s most gifted footballer of all time, this is a chance to avoid controversy at a World Cup for once.

Both 2010 and 2014 were tarnished by his respective handball against Ghana and biting of Italy’s Giorgio Chiellini – the handball was a wholly understandable thing to do to save your country’s bacon, in fairness – and at 31, this will be his last chance to shine at a World Cup.

It would be a mighty shame if Salah misses out, robbing us of a chance to see genuine Liverpool heroes going head to head (hopefully not tooth to shoulder!).

Uruguay are a dark horse for the entire tournament, with their team built on a world-class pairing at either end of the pitch.

Both teams to score is 31/20 with RedsBet

Atletico Madrid duo Diego Godin and Jose Gimenez are the perfect foil for one another at centre-back, and their trademark South American grittiness will be tough to break down.

Then there’s Suarez and Edinson Cavani wreaking havoc in the final third, with the Barcelona and PSG marksmen netting a combined 93 goals for their country.

If they click they will be a match for any defence in Russia this summer – don’t rule out them spearheading a charge to the latter stages.

There is a sprinkling of quality throughout the rest of the team, from goalkeeper Fernando Muslera to left-back Martin Caceres, and it would be deemed a surprise if they didn’t top a group also containing Egypt, Russia and Saudi Arabia.

A second-place finish in South American qualifying, behind an excellent Brazil team, is proof of Uruguay’s pedigree.

Egypt are as dependant on one player as any side in the whole tournament, with Salah now one of the best footballers on the planet after his 2017/18 heroics for club and country.

His level of fame and popularity back home almost cannot be put into words, and their entire hopes will rest on the 25-year-old having a summer to remember.

It would be churlish to say Egypt are literally a one-man team, however, with Arsenal’s Mohamed Elneny a key man in Hector Cuper’s defence-minded team.

West Brom’s Ahmed Hegazi and Stoke City’s Ramadan Sobhi are also names you will be accustomed to, and Salah’s opposite fellow attacker, Mahmoud “Trezeguet” Hassan, is a talent.

Meanwhile, 45-year-old goalkeeper Essam El-Hadary is the oldest player in Russia this summer and can still do a job.

It’s not exactly a star-studded side, but one with bags of heart and pride.

This is probably a match-up between Group A’s two strongest teams, which perhaps speaks volumes about Russia and Saudi Arabia’s limitations.

Should Salah not be 100 per cent fit, Cuper may consider resting him for Friday’s contest and unleashing him for the two more winnable fixtures.

Regardless of the Liverpool superstar’s involvement, you would expect Uruguay to be too strong, with Suarez and Cavani dovetailing to devastating effect.

Early-tournament clashes can sometimes catch the favourites cold, which does work in Egypt’s favour, but barring a Salah masterclass, it is hard to see the African’s getting even a draw.