Liverpool have spent big this summer, building on the progress made under Jurgen Klopp over the last two years to construct a squad capable of challenging for a first league title since 1990.

In came goalkeeper Alisson from Roma for a fee which, albeit briefly, set a new record for the position, while Naby Keita, Fabinho and Xherdan Shaqiri have all arrived to embolden Klopp with a wealth of midfield options.

But, just as it was last year, Liverpool’s strength is their attack. Specifically, the front three of Mohamed Salah, Roberto Firmino and Sadio Mane. And our friends at Football Whispers think the latter is ready to take on an even more crucial role in the Reds’ fortunes this season. 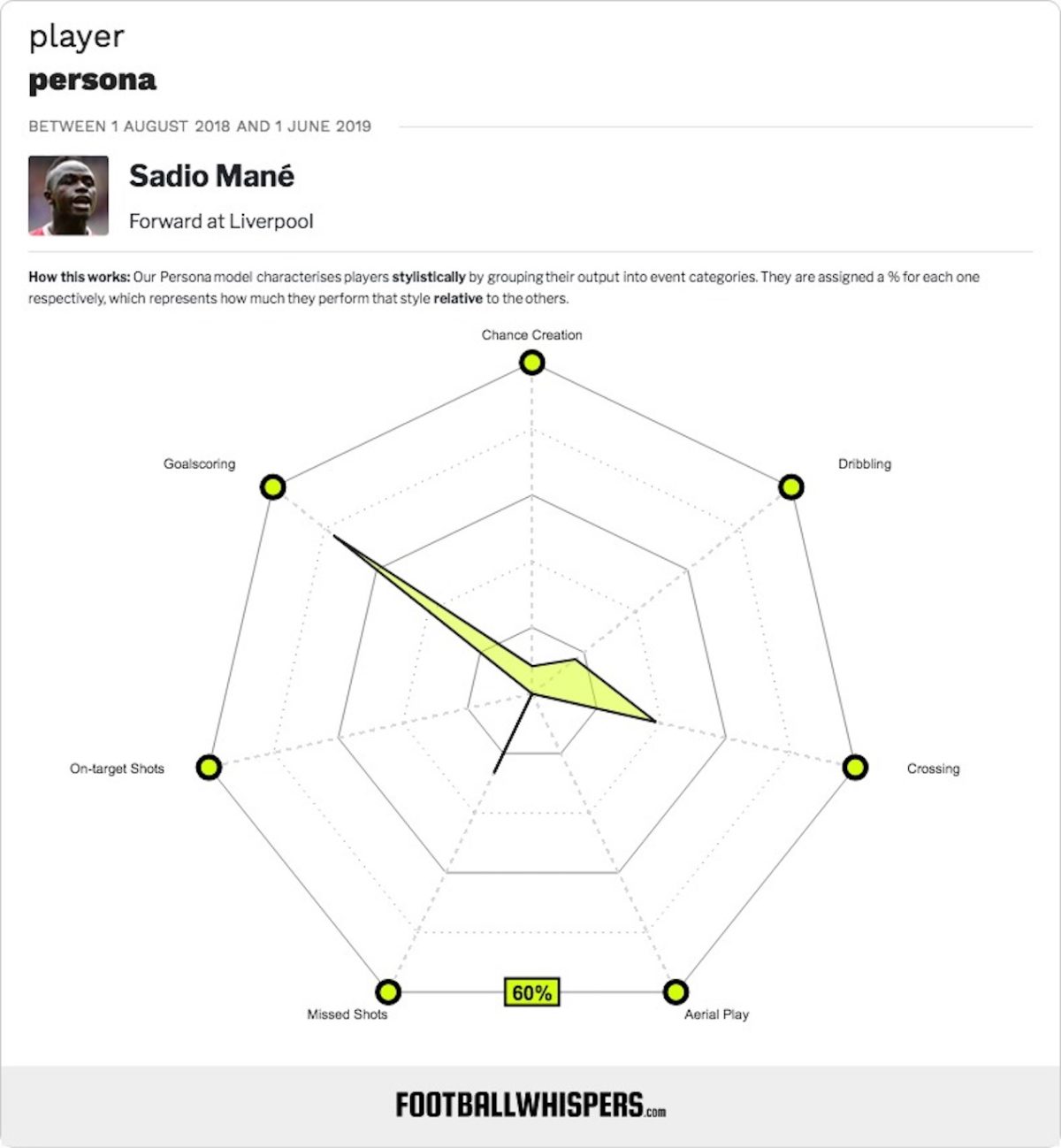 Liverpool 33/10 to win the Premier League this season*

It seems almost ridiculous now given the rapid rise across the board of transfer fees over the last two years and his stellar performances since, that many felt Liverpool had grossly overpaid when they forked out £34million to sign Mane from Southampton in the summer of 2016.

At the time the figure was the second-highest Liverpool had ever forked out for a player, and many doubted whether such an outlay was wise for a player who, while he certainly stood out at St. Mary’s, was relatively inexperienced at the highest level and lacked consistency.

Of course, in the period between then and now, Liverpool’s transfer record has more than doubled, with the £75million signing of centre-back Virgil van Dijk in January, again from Southampton, the current high mark.

Indeed, since Mane’s Anfield arrival in June 2016, the Reds have eclipsed the figure they paid for him five times, for the signings of Salah, van Dijk, Fabinho, Keita and Alisson.

Mane’s form upon making the switch to Merseyside quickly silenced any doubters, too. On the right side of attack, the Senegalese added thrust, dynamism and technical quality, scoring 13 times in his first Premier League campaign as a Liverpool player.

Those questioning Mane’s suitability for Liverpool had clearly not done their homework, with Mane’s time at Austrian side Red Bull Salzburg – where he played with Keita – the ideal preparation for slotting into a pressing-dependent system such as Klopp’s.

Salah’s arrival last year forced Mane across to the opposite flank – again, no bother: he’d played there with Salzburg. But the Egyptian’s remarkable scoring rate saw Mane’s importance de-emphasised slightly, going from Liverpool’s main man in attack to a facilitator of Salah’s unique plunder.

But those able to see the value of a player’s contribution beyond the simple measure of goals appreciated Mane’s endeavour and unselfishness, with and without the ball, and marvelled at his movement and link-play. 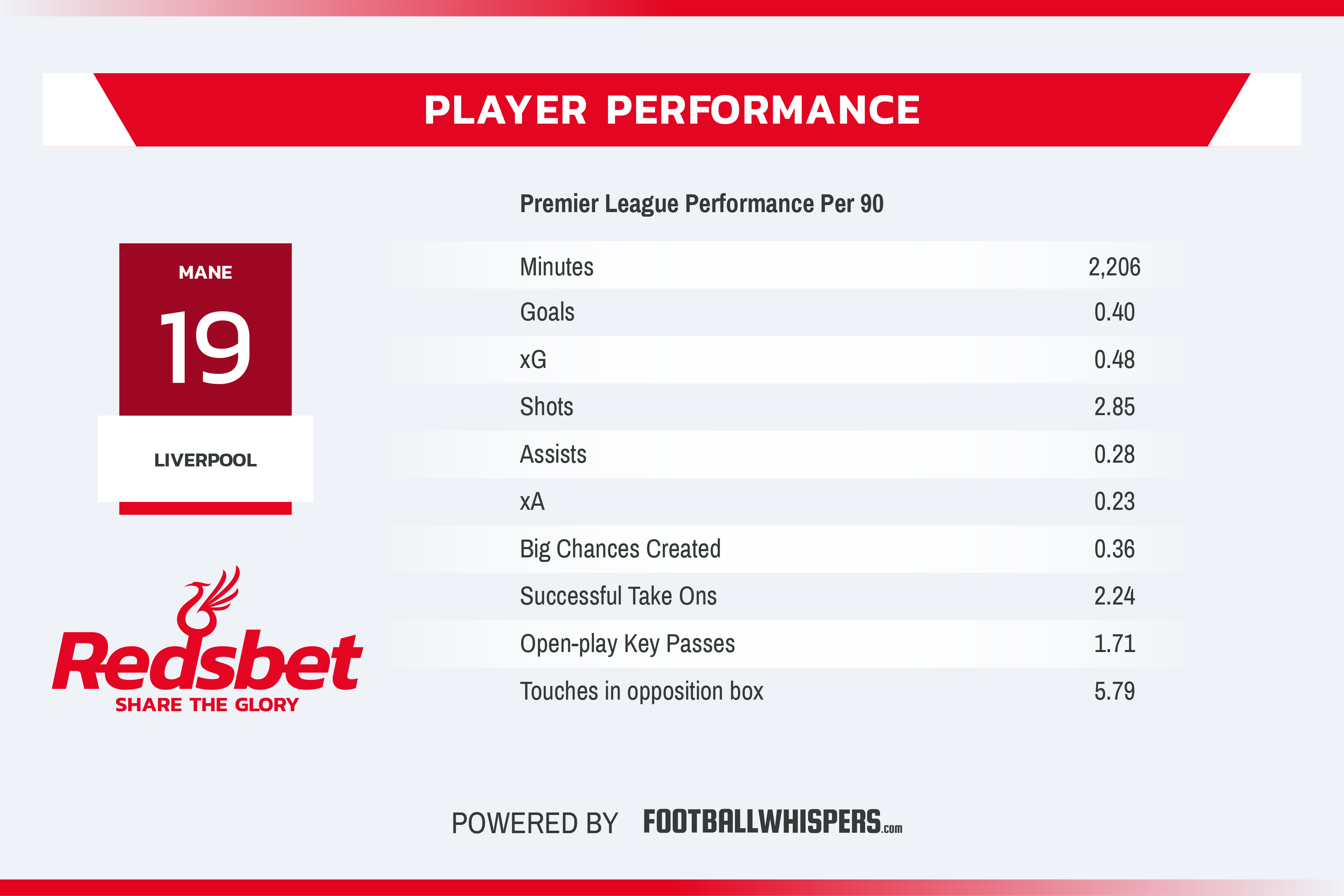 Liverpool are 10/1 to win the Champions League this season*

Klopp, undoubtedly, fits into this category of observer. And, suitably, he appears to have recognised Mane’s importance and rewarded the 26-year-old with the No.10 shirt this season.

Salah scored 44 goals last term, an absolutely staggering return for a player who predominantly operates out wide. The former Chelsea winger’s speed, skill and knack of sniffing out chances will ensure he continues to strike regularly, but any failure to match last season’s tally cannot be held against him.

Mane, though, is ready to make up the difference. As he showed in Liverpool’s opening-weekend 4-0 thrashing of West Ham United at Anfield, scoring twice, his confidence is sky high and he’s close to unplayable when in top form.

Salah’s goal-power means he will continue to garner most the headlines, but Liverpool’s front three is egalitarian: Mane, likewise Firmino, is every bit as important to its balance and potency, as he appears set to demonstrate this term.