The strength and power that comes with that number. And the expectation.

You have to have big ‘cojones’ (in the words of Troy Deeney) to wear that shirt. You also have to be quite boss at footy. Liverpool have had footballers of the highest quality wear the number 10 shirt in the past.

The last one brought in the most money the club have ever received for a footballer.

There was an opinion held last season amongst a number of fans that Sadio Mane was underperforming, the ugly duckling of our swan-like attack.

There were doubts about his ability, theories that the sending off at Manchester City had shattered his confidence.

Theories that Mo Salah had come in and stole his limelight.

Thoughts that his lack of celebration after scoring at Burnley on New Year’s Day was a sign that the Senegalese winger was unhappy at Anfield.

There were even shouts that Mane wasn’t even ‘that good’.

Ten goals and seven assists in 29 games in the Premier League was dovetailed by ten goals in the Champions League, including one in the final against Real Madrid.

A goal in the Champions League final was followed by a strike for his country at the World Cup, in a mesmerising season for the former Southampton attacker.

When it’s all come out in the wash, Mane had an astonishing last campaign.

It’s led to the news that the club have offered the 26-year-old a new contract to reward him for his performances, according to reports last night from The Liverpool Echo and The Telegraph.

Mane’s signature would follow Mohammed Salah and Roberto Firmino in committing their futures to Liverpool in what is a truly exciting period for the club.

There can only be grounds to hope and expect much more from Mane this season. 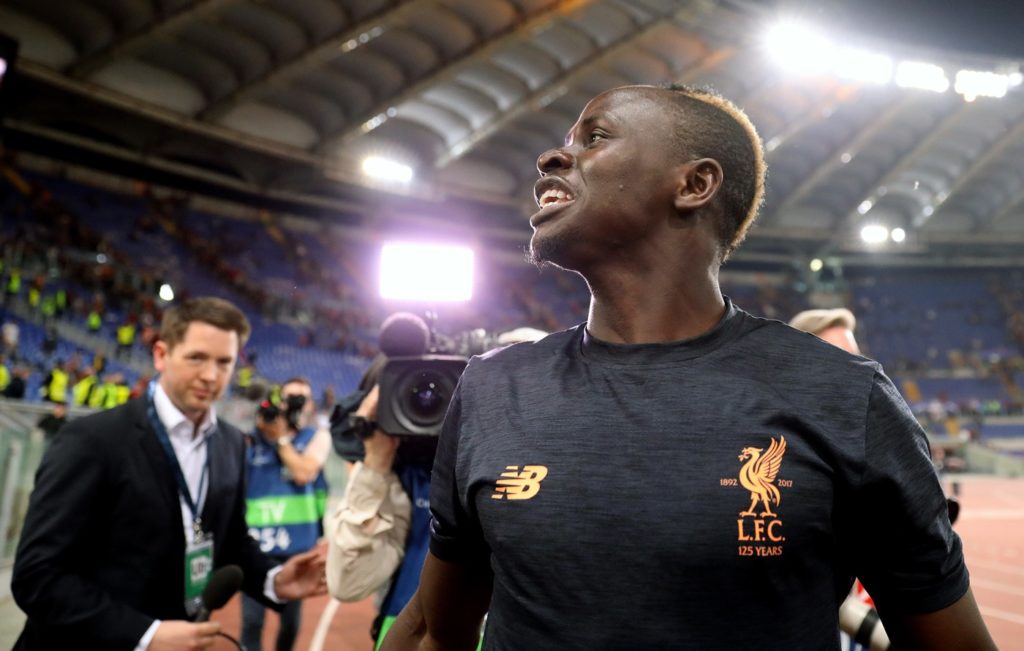 In his first season at the club following his £34 million move from St.Mary’s, Mane netted 13 goals overall and was massively missed through injury in the latter stages of the season.

Mane’s improvement in numbers last season lays testament to the levels and gears he can go through as a footballer.

Following the departure of Philippe Coutinho to Barcelona in January Mane’s position on the pitch altered slightly. Still operating on the left-hand side of the field, Mane dropped deeper to pick up the ball and moved inside slightly, operating in-between the number ten and winger positions on the pitch.

This could well have been a move by Klopp to fill the gap left by Coutinho with another player of immense quality, allowing the more industrious James Milner and legs of Alex Oxlade-Chamberlain to be the runners from midfield.

It was a tactical change that obviously worked when relating to the numbers Mane produced from January onwards.

However this season could perhaps to see a switch that takes Mane on to that next level.

Jurgen Klopp’s desire to bring in a typical ‘number ten’ type player, a link between the midfield and the attack have been frustrated after the pursuit of Nabil Fekir ended without the World Cup winner signing for Liverpool.

There’s a suggestion that we are likely to see Mane operate in the positions and spaces he took up post-Coutinho but perhaps the answer to Klopp’s idea of a playmaker lies in midfield already.

We could well see games where Naby Keita, Adam Lallana or even Xherdan Shaqiri take up that number ten position this season.

This would free Mane up to revert back to his winger role and this could be where we see the Senegalese international step up his game further and take it up another level.

Free to be direct, take on players and wander into attacking positions, this could be the season where Mane really explodes.

In nine months’ time we could all be sitting here talking about Mane getting the numbers that Salah produced last season. Sadio Mane to be Liverpool’s top goalscorer is 35/4.

Its set up to be a fascinating season for Sadio Mane.