Liverpool have had their fair share of jarg signings over the years - Josemi being one of them.

If you’d care to join me in a stroll down Jabroni Drive, you’ll unfortunately find that this road is one well-trodden.

The sad fact is that we have, over the past twenty years at any rate, signed some of the most complete wasters you can imagine. From the bottom of the globe to the top, Liverpool have scouted football’s finest losers and brought them to Anfield.

A manager’s first signing for their new club is often indicative of their strategy. However, just like Jürgen Klopp’s first bit of business for the club was to loan Steven Caulker from QPR, Rafa Benitez marked his card by making Spanish right back Josemi his first signing at Anfield.

The summer of 2004 was pretty exciting, as formerly successful but increasingly ineffective Gerard Houllier was removed from his position and replaced by Spaniard Benitez.

He had built his reputation at Valencia, where he became known for deposing Barcelona and Real Madrid on a limited budget to win La Liga twice and a UEFA Cup.

Benitez made excellent transfers for big money and many poor deals on Bosmans or low transfer fees. Josemi was the start of this roadmap. He arrived at the Reds for a modest fee of £2m from Malaga. His arrival was soon forgotten as long awaited record signing Djibril Cisse transferred from Auxerre, pocket rocket Luis Garcia from Barcelona and midfield maestro Xabi Alonso from Real Sociedad.

The “will he/won’t he” saga of Michael Owen’s move to Real Madrid stole much of the summer, however. Owen left for the galling fee of £8m in August and we rescued the best we could be getting Antonio Nunez from the Spanish giants as part of the deal.

Against this background of zero expectations, Josemi made his debut for the club in a Champions League qualifier against AK Graz as two Steven Gerrard goals (of course, who else?) put us in the driving seat in the two legged tie.

He actually started his Liverpool career pretty effectively. He was not spectacular by any means but he looked relatively solid and didn’t give anything away. However, clean sheets were not easy to come by at the start of the Benitez reign as teething problems with zonal marking and a weak defence overall resulted in just three clean sheets in the Premier League by the end of 2004. 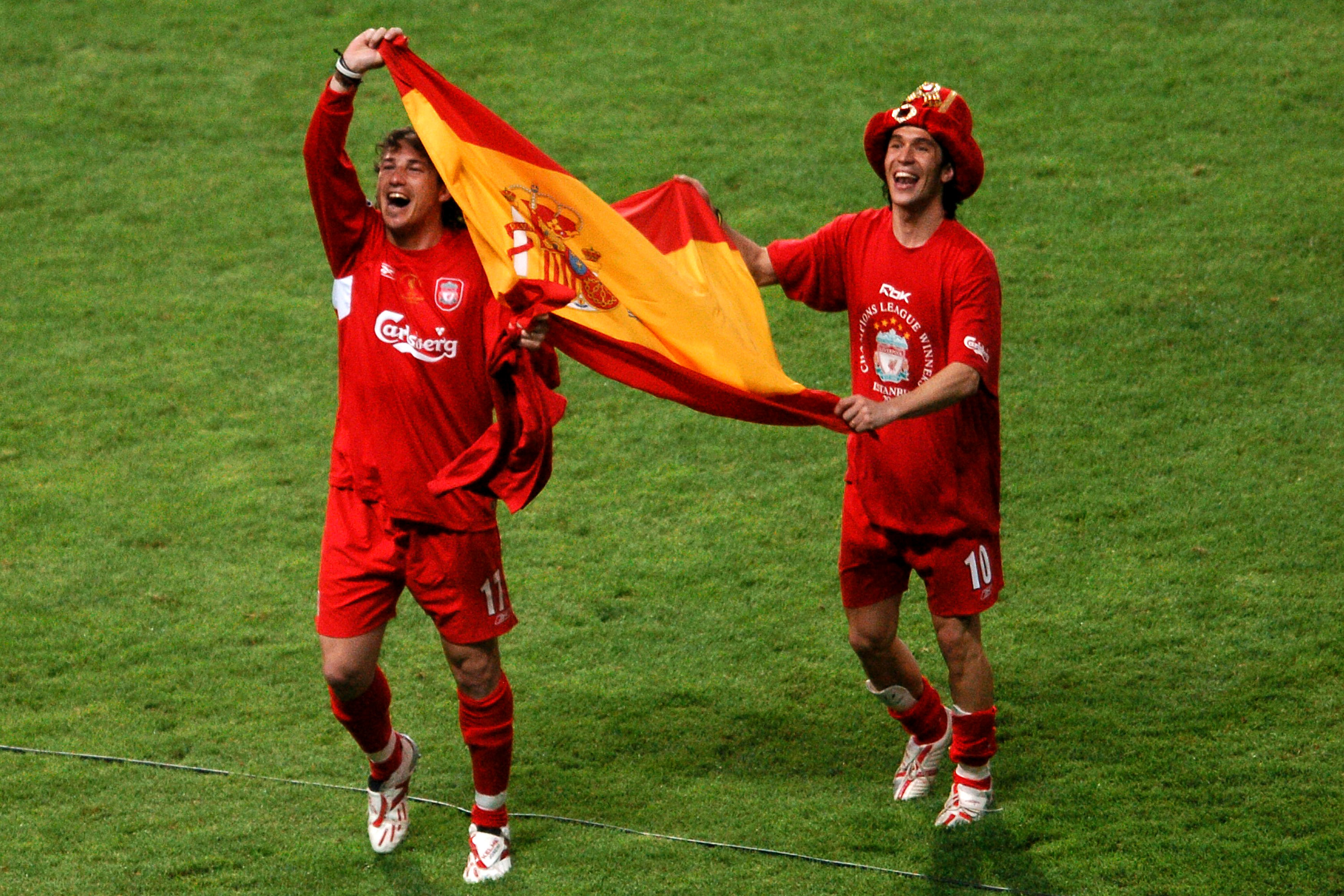 At that point, Josemi had fallen out of favour and would barely feature again. Though he made a reasonable start, he tailed off when the opposition realised that he wasn’t the best. Limited in attack and prone to kicking people six feet in the air if they got past him, he was targeted by every team we played. In just 15 Premier League games he accrued a mammoth 7 yellow cards and a red card. Two of those yellow cards were in a 4-2 win at Fulham in mid-October, though he would get straight back into the team after his suspension.

There was no one reason that his Liverpool career was suddenly practically over – he was doubtlessly struggling with the pace of the league, but when he picked up an injury in late December 2004, Steve Finnan regained his place in the team and he would not relinquish it. The Irish right back was a class act and Josemi would not displace him.

However, one incident I do remember is during the famous 3-1 win over Olympiakos, he scythed down Rivaldo on the edge of the box with the Reds holding on the two goal win that they needed to progress. It was a pointless, needless foul with a matter of moments remaining in the game that put us under real pressure and I remember Benitez coming onto the pitch at full time and putting his arm around him.

I don’t know what words were exchanged, but I do know that Josemi only took to the pitch another 3 times that infamous season – one of those appearances being a dead rubber last game of the season at Anfield against Aston Villa.

The enduring memory we all have of Josemi however is one of the most famous memories and iconic images in the history of Liverpool Football Club. Having weaselled his way onto the bench for the Champions League final, Josemi went racing to the front of the pack and is practically standing in front of Steven Gerrard when he lifted the cup. It was absolutely shameless from a player who had played just 90 minutes in the whole of 2005.

It boils my blood that the likes of Neil Mellor missed out on a medal and yet that bum made sure he was front and centre of the trophy celebrations – a trophy to which he contributed practically nothing!

His Liverpool career would end in keeping with his time at the club – total ignominy. He featured only sporadically in 2005/2006, though he still managed to worm his way to a World Club Challenge semi-final appearance against Costa Rica’s Deportivo Saprissa.

With no prospect of a first team recall, Josemi was swapped for fellow loser Jan Kromkamp, who was another bang ordinary cheap signing that didn’t work out when the January 2006 transfer window opened.

And really, that was about it for Josemi (European Champion.) He flitted between La Liga, Segunda and the Greek Super League. He eventually retired after leaving Kolkata in the Indian Super League and he faded into nothing very quickly after leaving Liverpool.

Nobody will have many memories, fond or otherwise, of the Spanish full back, but you can be safe in the memory that you will see his jabroni mug stood right next to Steven Gerrard when he lifts that trophy!