Reds on the brink 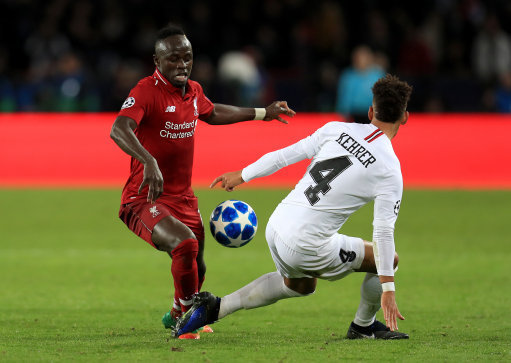 Liverpool are fighting elimination from the Champions League after a 2-1 defeat at the hands of runaway French leaders Paris St Germain.

The Reds must win their last game at home to Napoli by either a 1-0 margin, or any win by two goals in order to progress. The head to head method really helps us in this situation as we would go through by measure of more goals scored than the Italians. However, qualification would be scarcely deserved after a campaign that has seen us lose all three away games so far.

A lot of teams will go to Naples and Paris and lose, but the manner of all three losses has really stuck in the craw. It has left us yet again needing “one of those Anfield nights under the floodlights” to get us through.

Undoubtedly our group is tough but we have simply not turned up away from home and we have mustered just five shots on target in those three games. We’ve also failed to score from open play. For all the pressing we did in the second half against PSG, we managed just the one shot which was the penalty we scored.

We set up with the wrong midfield – Henderson, Milner and Wijnaldum does not constitute a creative force and I’d liked to have seen Naby Keita on from the start. We never looked like getting in behind the PSG backline. Henderson is also not fully fit and is still recovering from injury – you can criticise his range of passing all you like but he gets up and down the pitch but was left in the dust as PSG blitzed their way to a second goal.

You just feel that in that second half, we missed an opportunity to get a result. PSG didn’t play well and had we got our act together for ten minutes, it would have been enough to get a draw. But one shot on target is the problem.

Klopp: “We need Anfield again. We have to make a special night of it again. If we go through we deserve it, if not then we don’t.” #LFC

Our poor first half performance is hard to take, losing to diving mercenaries is even harder. PSG embody everything that is wrong with football. And aided by a referee who was as clueless as he was out of his depth, the French champions played for every advantage they could. Call me bitter and a bad loser, both are true, but that was one of the worst displays of gamesmanship I can recall. And we played right into their hands.

Not qualifying would be a setback to our season without question. We’re flying high at home in the league but we’re in a must win situation now with big games either side of that Napoli game. Going into the Europa League after Christmas is an unpalatable thought and the facts speak for themselves – that competition is detrimental to league form. Thursday – Sunday games are not good for the legs and if we made progress into the latter stages it could cause something of a fixture pileup. 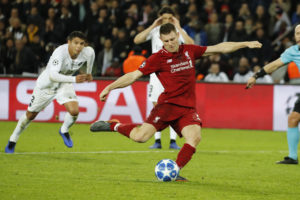 I’m not outright dismissing the Europa League as it has been a competition that has given us fond memories in the past. But with the disappointment of Kiev still in the air, getting to the knockout phases would have been what we wanted at the very least. There’s also the prize money factor, with a run deep into the Champions League being a guarantee of massive financial gain.

The draw wasn’t kind to us particularly but our poor away form has really hamstrung our hopes of reaching Madrid. We may well need to turn our hopes to Baku instead – which I hear is nice in May, but ten times more expensive than it is in April or June.

It’s a strange situation we find ourselves in, as losing 3 games in a group would normally be curtains. And yet, if we win our match with Napoli (terms and conditions apply) we will still progress at the expense of the Italians.

Must win situations at home are not unusual for us in this competition. “One of those Anfield nights under the floodlights” is a cliché but it’s also the truth. The crowd will be up for it and the equation is known beforehand. This will evoke the spirit of St Etienne in 1977, Auxerre in 1991, Roma in 2002 and Olympiakos in 2004 and Basel in 2015. Our track record at winning big games at Anfield is pretty good.

Okay, maybe not the last one when we failed to win but the previous games all follow the same pattern – backs against the wall and needing to win and win well. It wouldn’t be the Liverpool way to make life easy after all.

It will of course be a very tough game. Napoli are no mugs and outplayed us in the first game and they know that this is effectively a playoff for qualification.

But our home record is very, very good and Anfield has become something of a fortress, and a fortress where don’t concede many goals at that. I think we have enough about us to get this one done – however, we need to have a look at our away form. That’s why we’re in this difficult, but not impossible situation.