The last month might have been seen as a wobble, but it's proof of progress.

The tendency in football is to draw quick conclusions, to exaggerate the good and the bad. That is no truer than in the case of Liverpool, who have started the season in excellent form, who appear tactically accomplished and full of self-belief.

Yet there has still been criticism. Over the last month, there have been suggestions that Liverpool are losing their edge, that they are not playing with the intensity of last season, that they have lost their incisiveness in attack.

Our friends at Football Whispers take a look at why the last month may not have been as bad as some made it out to be for Liverpool.

In some ways, Liverpool are different from last season. They have become more disciplined, more controlled. Their defensive record is hugely impressive. And this, coupled with their attacking fluidity, allows them to win games when they are not at their flowing best.

This slight change in approach perhaps explains some of the complaints. Viewers of Jurgen Klopp’s Liverpool side had grown used to ferocious attacking football, to high-scoring games played with complete disregard of defensive discipline.

But things have changed. Liverpool are yet to lose a game in the Premier League this season because they are a more well-rounded team now. Klopp has addressed his side’s weaknesses and adjusted accordingly.

Their consistency in the league, though, has not been enough to convince everyone. Recent performances have convinced some that Liverpool are stalling, that eventually the wins will dry up. A narrow 1-0 victory at Huddersfield proved frustrating, and nerve-wracking, for fans. That was followed by a convincing 4-0 defeat of Red Star Belgrade in the Champions League, and a less convincing 4-1 win over Cardiff. 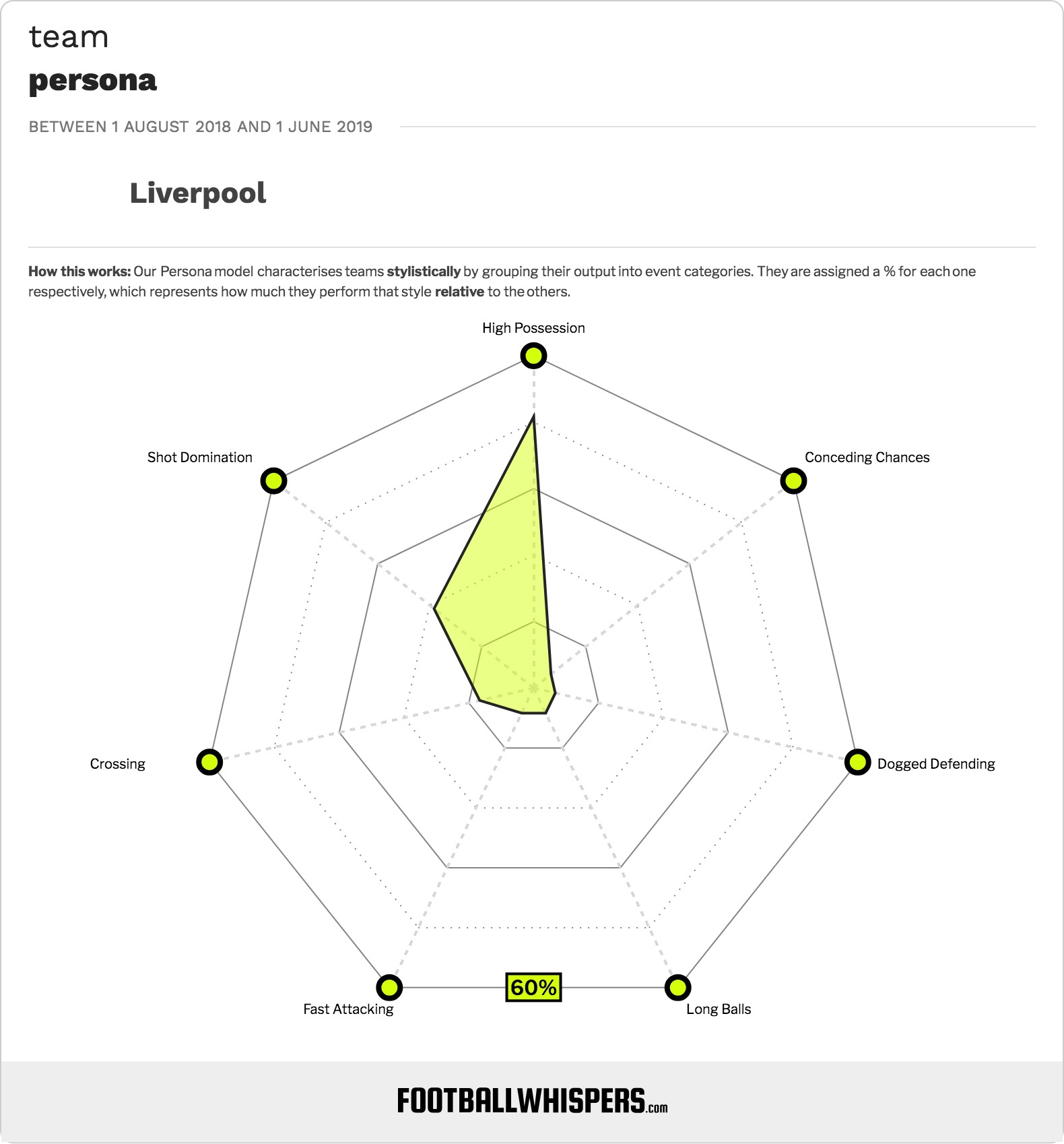 Then came a draw at Arsenal, a game in which Liverpool were largely second best, before a 2-0 loss away at Red Star Belgrade. This was the most damaging result, and left Liverpool’s Champions League campaign in danger of a premature end.

The consensus, overall, seems to be that it has not been a good few weeks for Klopp’s side. They looked unstoppable during the opening stages of the season. It has since been proved that they are not.

But it should be acknowledged that Liverpool had a difficult run of fixtures. They played Chelsea, Manchester City and Arsenal in the Premier League and did not lose against any. Two of these games were away, too.

Liverpool beat the teams they were expected to beat and there is little to suggest they will not continue to do so throughout the season. Yes, they have been left in a precarious position in their Champions League group, but progression into the last 16 remains in their hands.

In hindsight, and put into perspective, the last few weeks have not been as disappointing as they might have seemed at the time. Expectation has risen exponentially at Liverpool, given the success of last season and the imperious start to this campaign. Inevitably, that means a slight downturn in form, even the occasional lacklustre performance, becomes more noticeable.

At this stage of the Premier League last season, Liverpool were fifth, already 12 points behind Manchester City. By the end, they were 25 points behind the eventual winners. And they had conceded 38 goals, the most of all the teams in the top four.

There has been a clear improvement this season. After 12 games, Liverpool sit just two points behind Manchester City, who have been just as unerringly consistent. Klopp’s side have conceded just five goals, a defensive record that has made them an excruciatingly difficult team to play against. The games they have not won may well be considered important points come the end of the season. 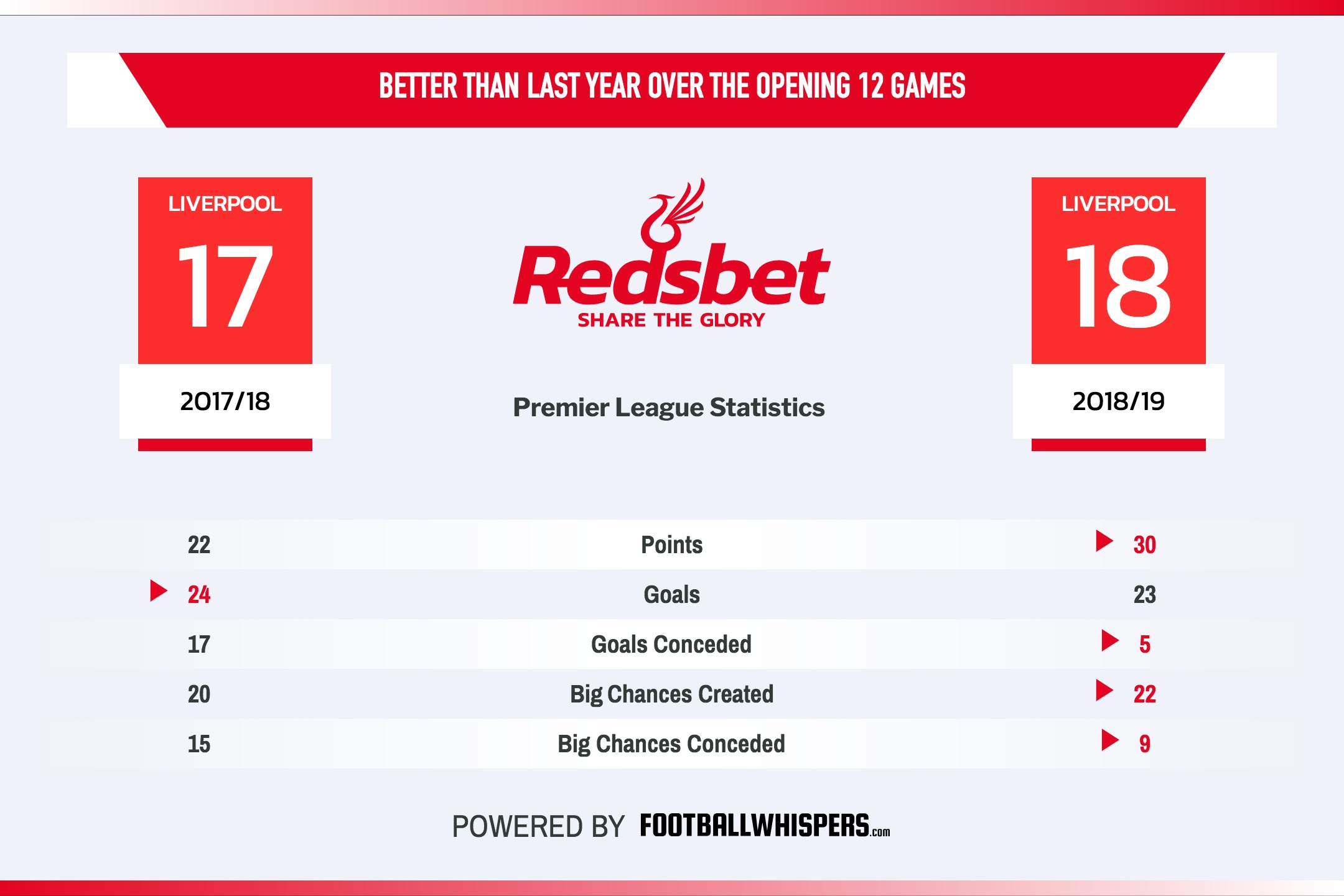 The Champions League has proved more difficult, perhaps unsurprisingly given the strength of the teams in the group. But Liverpool’s defeats – they have been beaten away at Napoli and Red Star – have not been terminal.

The mood at Anfield, then, should still be overwhelmingly positive. Liverpool have continued to pick up results consistently, even if sometimes the football has not been exhilarating.

“The season so far, point-wise, is really successful but it doesn’t feel like that for two reasons,” Klopp told the Telegraph earlier this month. “The comparison with last year and the free-flowing football, and Man City, Chelsea and the others who are playing a very good season as well.

“We have really to admit for ourselves that a lot of things are better than last year. At the same time, the spectacular football in each game didn’t happen but it didn’t happen last year as well. That’s why we could have had more points last season.

“The boys look much more mature. It’s all good, we can do better but that is always the case. We have to enjoy our football as well, because so far it is pretty successful.”