Could a move to number ten breathe new life into Daniel Sturridge's career at Anfield? 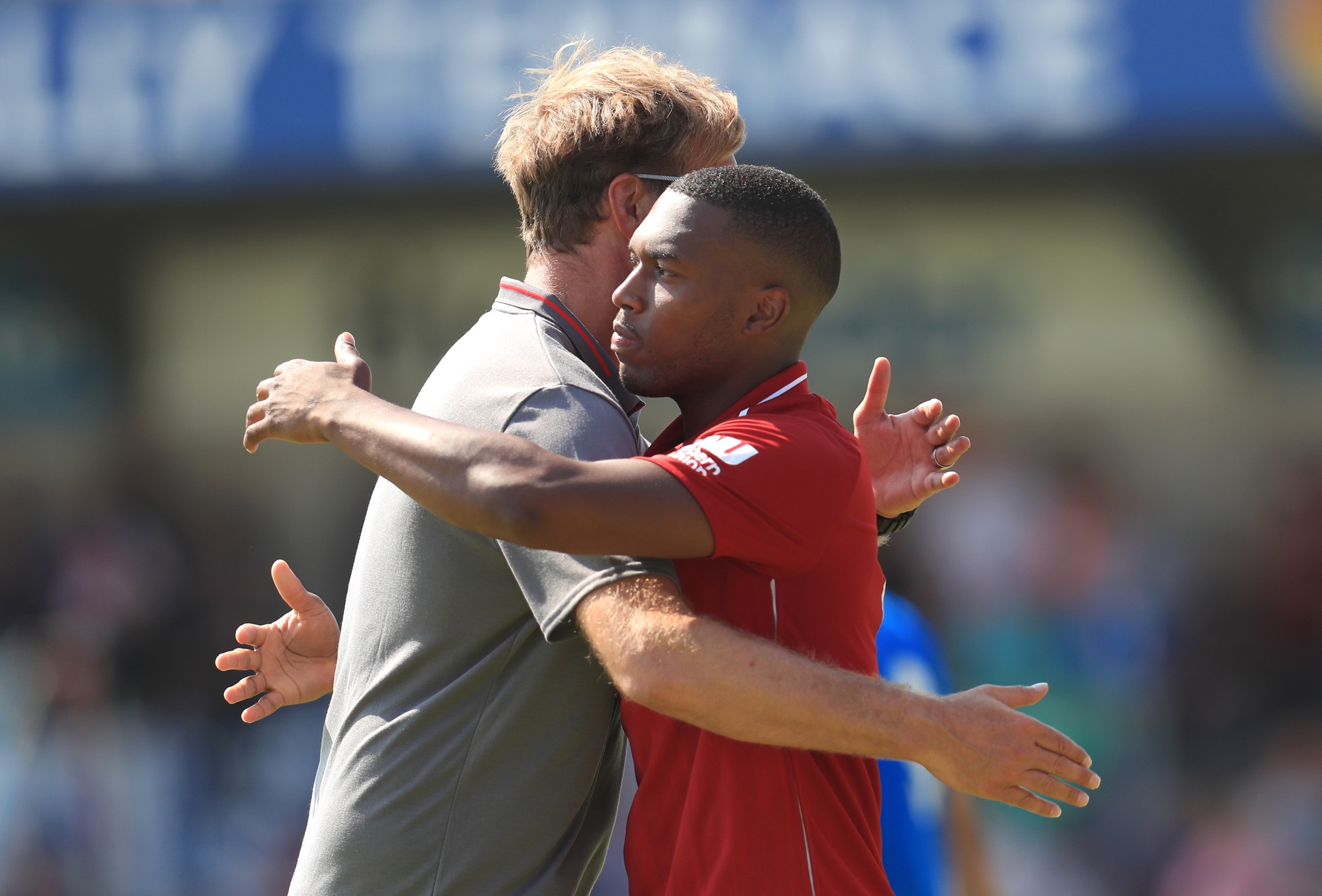 It’s fair to say that Daniel Sturridge hasn’t enjoyed the best few years as a Liverpool player recently. With Roberto Firmino, Mohamed Salah, and Sadio Mané performing so well, it could be hard to for him to get a look in the starting line-up.

However, there is one option – play him as a number ten. Our friends at Football Whispers look at how Sturridge might fit into the side in this role, and whether it would even work.

A mixture of injuries and competition at the club have meant that the English forward has struggled to turn out for the Reds on a regular basis. 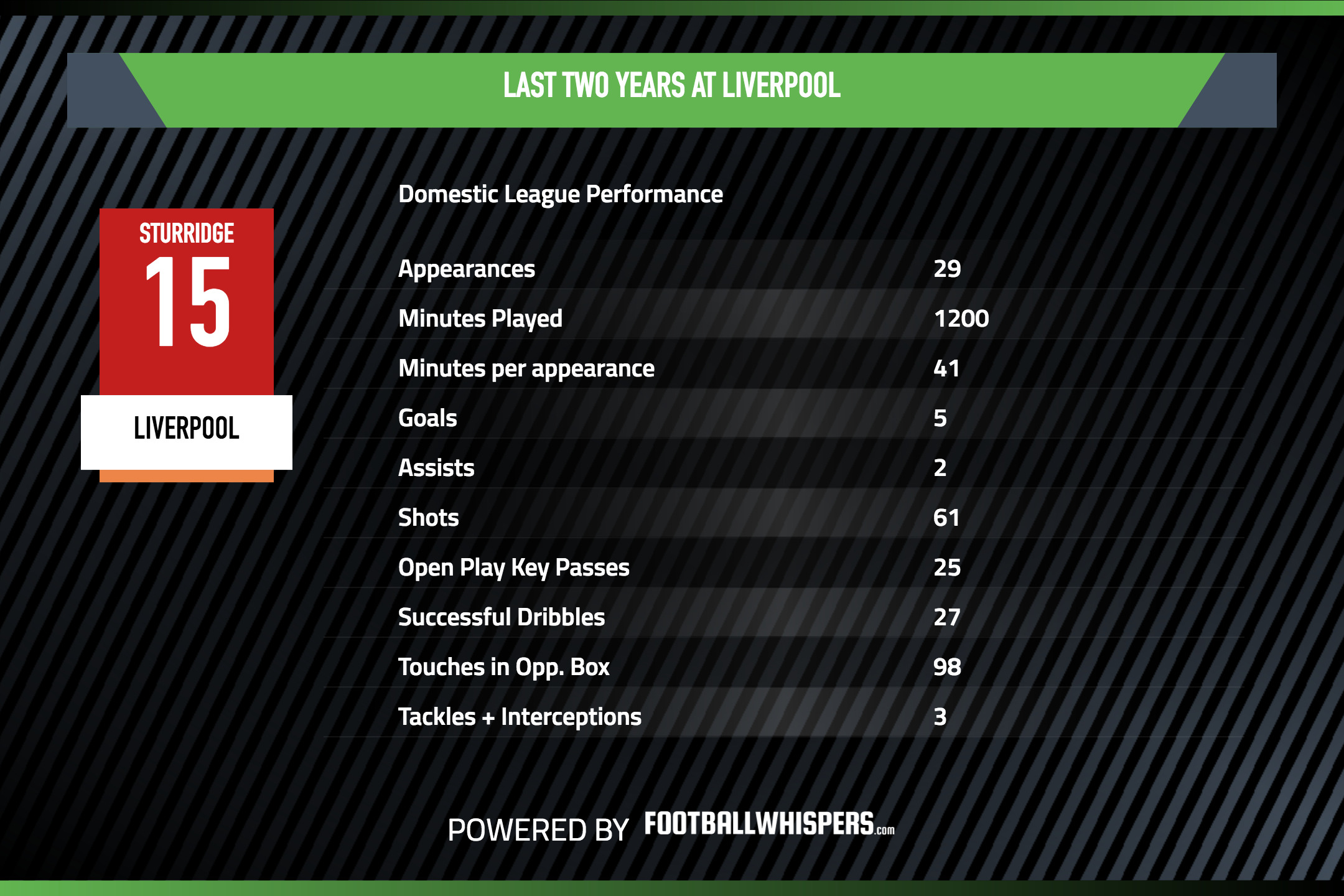 Sturridge doesn’t give a lot of interviews, but he’s spoken before about his lack of playing time.

When asked whether he had played enough by Sky Sports in 2016, he said: “I’ve played enough in terms of my goals-to-game ratio. I’ve delivered the number the club have bought me to do.

“Of course I’d love to play every single game, like every player wants to, but sometimes I’ve not been available. It hurts inside when you’re not available to help your team-mates win games and be successful.

“But when I have been available I’ve produced good performances. It’s about continuing to improve and to be available and give my all for the team.”

The first option for fitting in Sturridge as a number 10 would be to keep things as they are, for the most part, and just tweak things in central midfield.

With Fabinho and Naby Keita now at the club, Liverpool have two central midfielders who can defend and play the ball forward superbly, allowing the side more freedom to attack with their forwards. 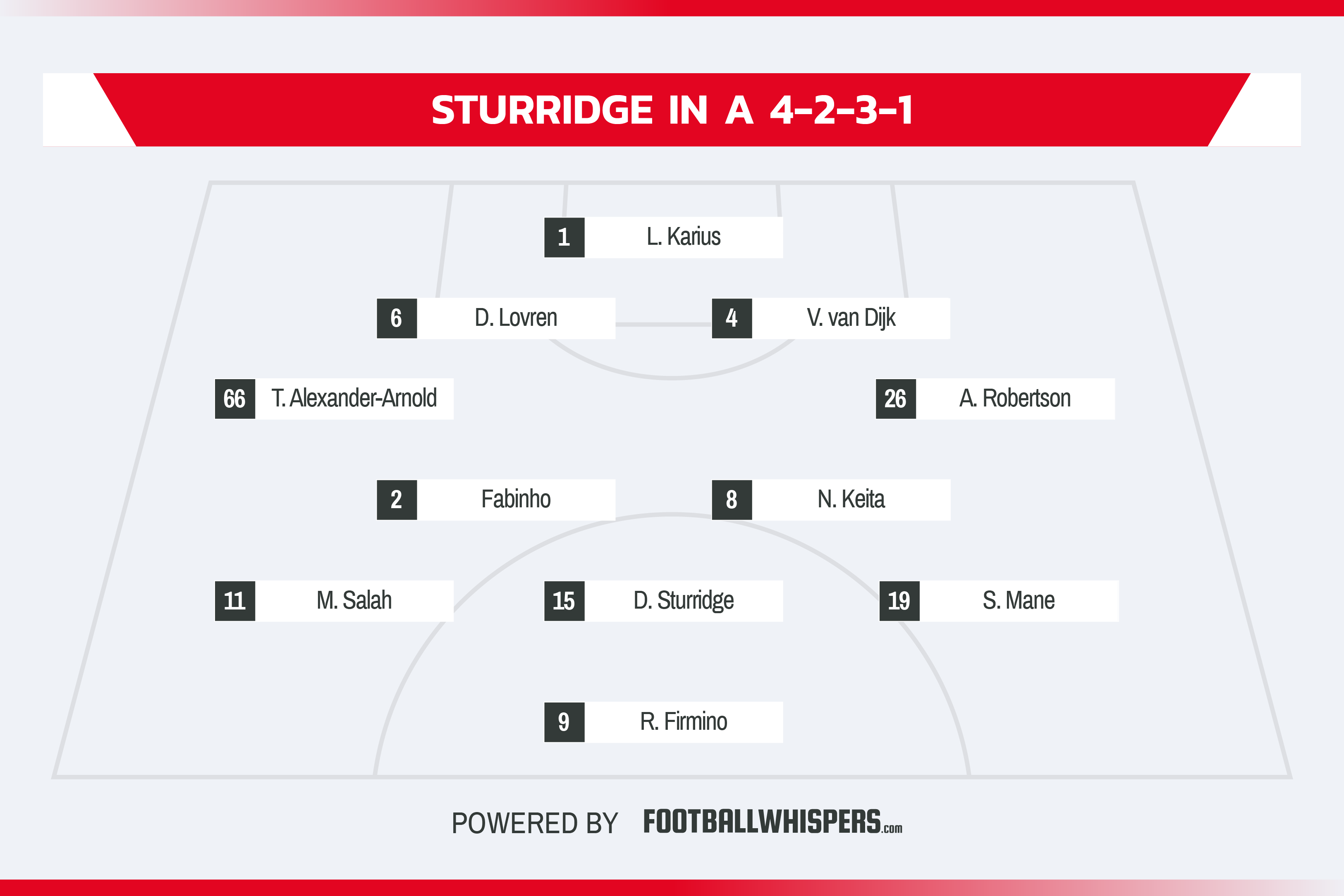 With a third central midfielder no longer needed for that solidity at the heart of the team, it allows Sturridge to drop in as the attacking midfielder in a fairly conventional 4-2-3-1.

The other option is similar, but gives wingers Salah and Mané a more conservative role. With them pushed back, doing a bit more defensive work, Sturridge might be more free to go forward and exchange positions with Roberto Firmino ahead of him.

This could be a good option for when Liverpool are playing a stronger opponent. Using a general 4-4-2 shape out of possession has come back into fashion in football, used to prevent opponent centre-backs from being able to play the ball forwards easily.

Sturridge and Firmino could slip back into that front two when the team don’t have the ball, while the formation would still mean Liverpool have a wealth of attacking threats on the pitch. 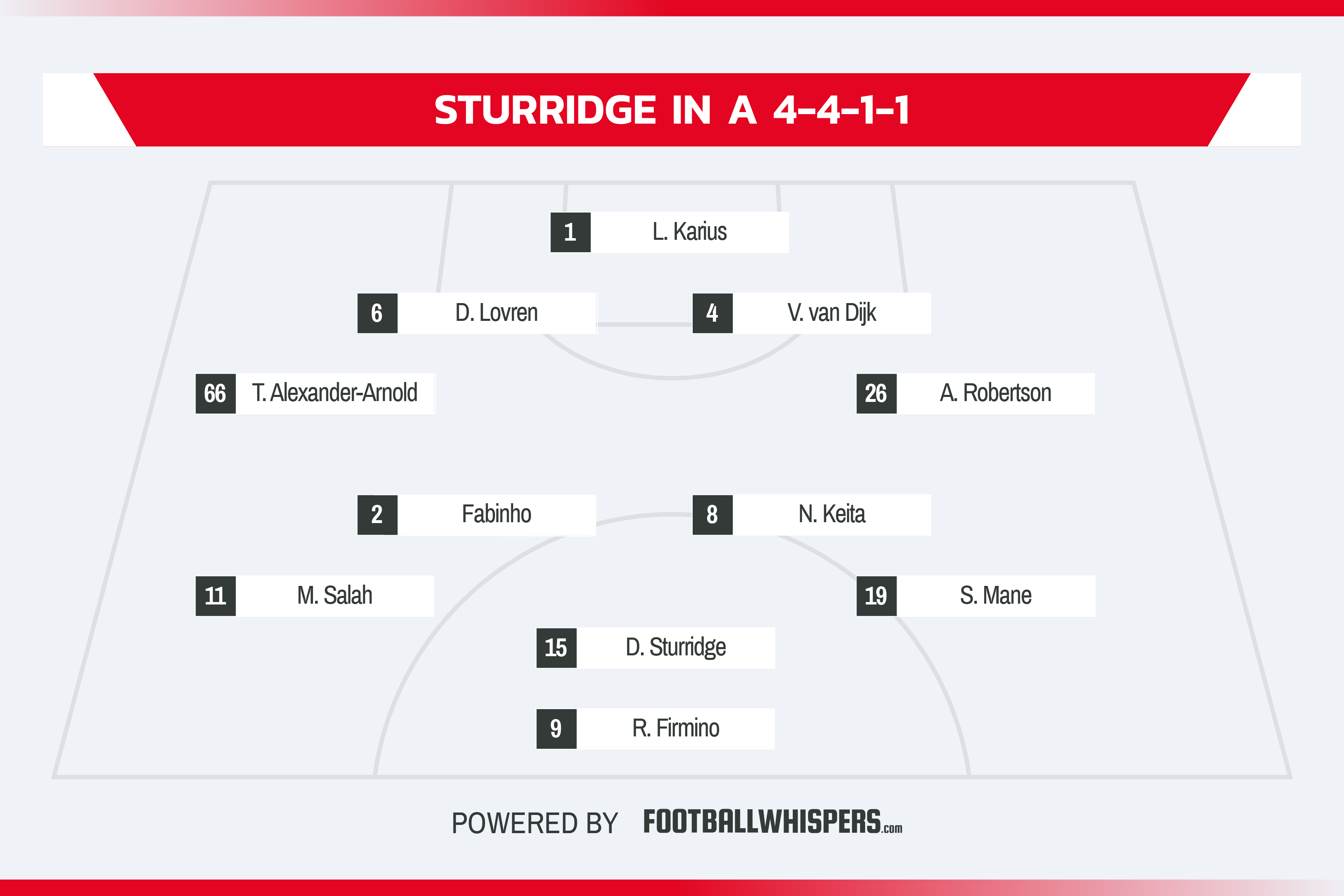 Sturridge as a number ten is something that could work superbly, but could also be a disaster.

In the best version, the combination of Salah, Firmino, Sturridge, and Mané proves to be too many attacking talents for the opposition to handle, not to mention what the rest of the team behind them would bring.

And while Sturridge isn’t in the mould of a playmaking number ten, he’s proved himself as someone who can link up with others. The small amounts of time that he’s played distort things a bit, but he’s put up good chance creation numbers for an attacker in the past two seasons.

At its worst, it could be a case of too many cooks in the kitchen and defensively it would probably make more sense for Firmino to be the second striker.

Still, it’s an interesting thing to consider, and a great option for Jürgen Klopp to have available to him. It might be unlikely, but it’s something we’d like to see.

In one week’s time.