It’s been a big summer for Liverpool. After a number of high-profile, astute signings, the Reds look to be at their strongest for two decades, building on the progress already made under Jurgen Klopp to emerge as Manchester City’s most likely challengers for the Premier League title this season.

Liverpool have spent big – setting a new record with their purchase of goalkeeper Alisson from Roma – but they have spent well. And the most impactful of their signings might just be the one currently going somewhat under the radar.

Owing to the fact the deal for his signature was initially struck some months ago, Naby Keita’s long-awaited Anfield arrival has been overshadowed by the headline-grabbing purchases of Fabinho, Alisson and even Xherdan Shaqiri.

But, make no mistake, Keita is Liverpool’s game-changer, as our friends at Football Whispers explain. 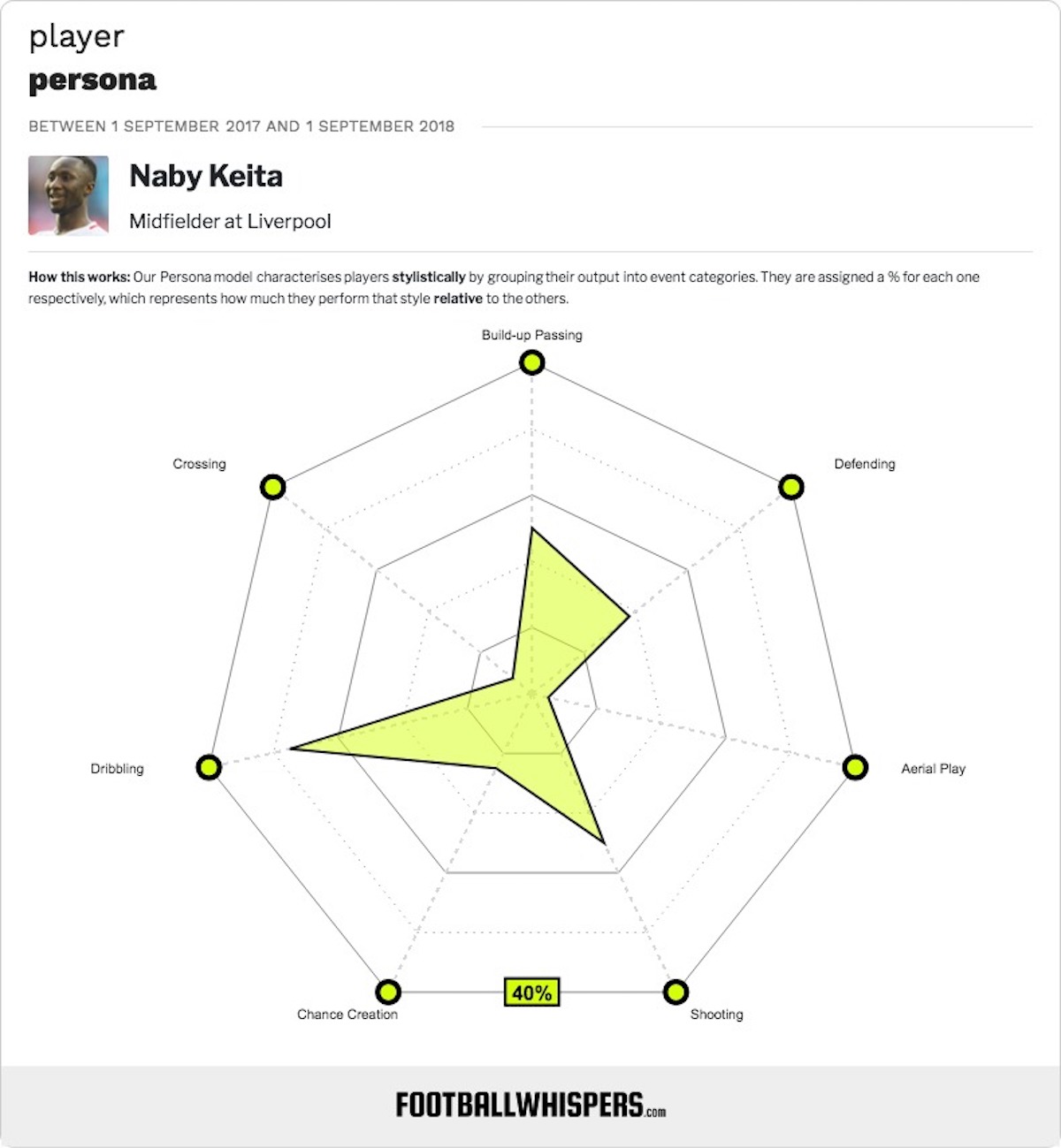 Liverpool are 12/1 to win the Champions League this season*

If Klopp were to build the perfect midfielder for his style and system…well, he wouldn’t have to because he’s got Keita.

Liverpool pushed hard to sign the Guinean a year ago but Bundesliga side RB Leipzig flatly refused to countenance the 23-year-old’s sale.

Much like with the Reds’ pursuit of Virgil van Dijk – who arrived last January, six months after Liverpool’s initial approach for the player was unsuccessful – Klopp refused to settle for an alternative, so convinced was the German coach that Keita was the one and only man to elevate his midfield to new levels.

As such, a deal was struck which saw Liverpool secure Keita’s arrival this summer, with a fee of around £52million settled upon with Leipzig in August last year.

An agonising wait for Liverpool fans to welcome their new hero, who will wear the No.8 shirt previously sported by legendary captain Steven Gerrard, was made easier by the team’s on-field progress last term, securing another top-four finish and reaching the Champions League final.

Now that he is here, though, Keita is ready to spark a revolution at Anfield.

In his two years in the Bundesliga, following his move to Leipzig from sister club Red Bull Salzburg, Keita showed himself to be one of the most complete midfielder players in Europe.

Initially categorised by many as defensive midfielder in the mould of N’Golo Kante, such comparisons were quickly proven to be wayward.

While Keita is certainly a capable ball-winner – evidenced by a combined tackles and interceptions average of 6.01 last season, far greater than that of any Liverpool midfielder – he is even more effective in attack.

In his first Bundesliga campaign Keita scored eight times from his deep midfield position within RBL’s 4-2-2-2 set-up, and he followed that up with six more strikes last term. What is most impressive when studying Keita’s goals is their variety: he mixes stunning strikes from distance with Messi-esque dribbles and neat finishes and an ability to perfectly time entries into the box.

He is also a creator. For all his vast attributes, it is perhaps his ability to dribble through midfield that is most eye-catching, completing 3.07 take-ons per 90 in 2016/17 and 3.13 last season. And Keita melds this ability to progress the ball with an eye for a killer pass and the superlative technique to execute defence-splitting through-balls while on the run.

What makes Keita so perfect for Klopp and Liverpool, though, is his speed of thought and execution in transition, where he combines the aforementioned defensive and offensive skills at pace and to devastating effect.

Already accustomed to a system which demands intense pressing, Keita covers ground expertly, denying space to opponents and winning possession. Then, with the ball at his feet, he employs his dribbling skills to weave out of counter-pressure and set his side racing forward in attack. In effect he is (at least) two midfielders in one.

Keita has already impressed for the Reds in pre-season, in particular striking up an understanding with Daniel Sturridge.

“Good player, that’s true,” Klopp said of Keita after a pre-season outing against Blackburn Rovers. “In this moment he looks very natural in the position, which is good but we have of course still to work on it, that’s how it is, but it’s all good so far.”

And with the established front three of Sadio Mane, Roberto Firmino and Player of the Year Mohamed Salah reunited following their World Cup exploits, Keita has no shortage of options ahead of him for threading the kind of passes he lit up the Bundesliga with.

It almost feels as though Keita was bigger news on Merseyside a year ago than he is now, with so much having changed since Liverpool first courted him.

Once the season begins in earnest, though, that will no longer be the case; in Keita, Liverpool now have the engine to power their title charge.