A potential future star for the Reds...

Jurgen Klopp has built a frontline of immense power and speed at Liverpool.

In Mohamed Salah, Sadio Mane and Roberto Firmino, the German has one of world football’s most devastating tridents to rely on as the Reds go in search of Premier League and Champions League glory this season.

However, as with any forward-thinking manager, Klopp will always consider a chance to boost his attacking personnel. In recent weeks, Liverpool have been linked with exciting Rio Ave striker Gelson Dala, with A Bola reporting that both the Reds and Bayern Munich are tracking the youngster closely.

Our friends at Football Whispers have the lowdown on him…

Instead of incorporating the Angola international into first-team plans, however, the club allowed Gelson to remain at on loan until the end of the current campaign.

Back Liverpool to win their first three Champions League matches at 7.00 with RedsBet*

It was a move which raised a few eyebrows among Sporting fans, with many questioning the decision to loan one of the club’s most exciting talents, especially following a summer in which several first-team members terminated their contracts after a group of irate fans attacked players and staff in May

But while Gelson may have expected a bigger role at Sporting this season, he has not let it hold him back, with two goals and an assist in his first four league games with Rio Ave.

Rio are a small club in comparison to Sporting but have an impressive track record of developing talent; Ederson and Jan Oblak, now of Manchester City and Atletico Madrid respectively, spent time in northern Portugal before moving onto greener pastures.

The two goalkeepers attracted scouts from all over while playing for Rio and Gelson looks set to do the same. Following an opening day defeat at Feirense, Gelson helped Rio Ave pick up their first Primeira Liga points of the season with a 3-1 victory over Maritimo. 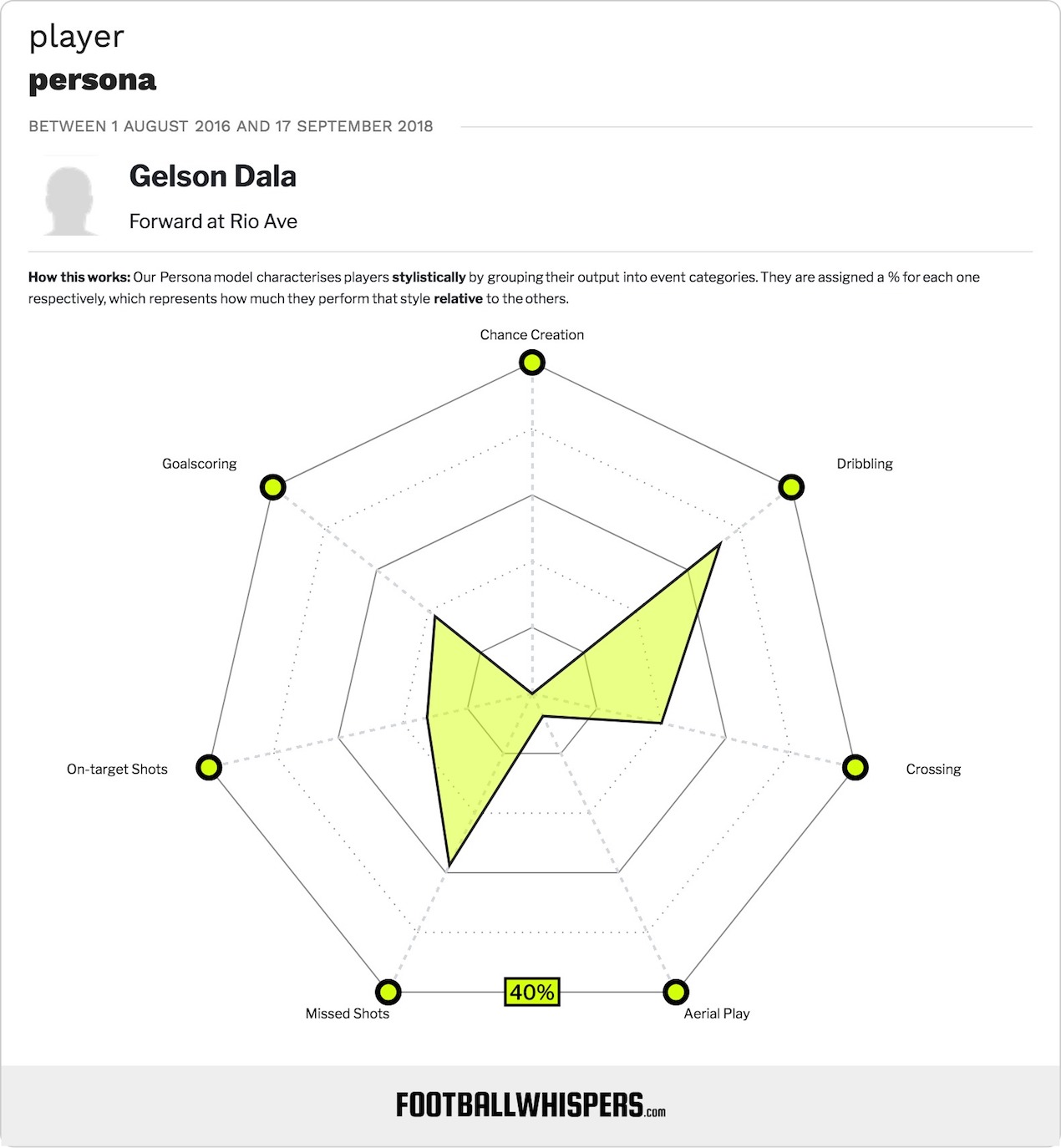 Deployed in behind Bruno Moreira in a 4-2-3-1, Gelson scored his side’s second goal following a neat one-two with the striker. His second strike of the season led to a 2-1 win over Portimonense.

Two goals in Portugal’s top tier isn’t enough to attract interest from Liverpool and Bayern Munich though. No, the 22-year-old has done a bit more to catch the eye. While attributes like speed and skill are always easy to get excited about, Gelson possesses plenty of intelligence and poise for such a dynamic player.

Blessed with wonderful control and an exceptionally low centre of gravity, he thrives on maneuvering his way out of tight positions with the ball. Gelson can move at pace while shielding the ball, making it extremely difficult for defenders to stop him legally.

As a result, some of his stats are impressive but unsurprising. So far this season he has attempted an average of 8.45 dribbles per game, being successful in 70 per cent of them. He has also been fouled 15 times this season, which illustrates what a nightmare he’s proving to be for defenders.

But he is more than a bundle of pace and energy on the wing; Gelson has the ability to influence the game creatively from central positions. In Rio Ave’s draw at Tondela in August, Gelson crafted a fine opener for Wenderson Galeno, threading a perfectly weighted through ball to the young Portuguese attacker after picking up possession in midfield.

That wasn’t his most impressive assist, however, which came in the Taca da Liga win over Portimonense. Receiving the ball in midfield, Gelson turns his man, leaving him for dead, before getting his head up immediately, spotting Gabrielzinho’s run in behind the defence and playing the killer pass, a sequence which really captured his guile.

Back Liverpool to win the Premier League title at 3.40 with RedsBet*

This ability to think quickly and decisively to create chances is an attractive attribute, particularly for a manager like Klopp, whose team is packed with attackers constantly willing to run beyond the opponents’ backline.

The German is well-stocked for attacking players, of course, but with uncertainty over the long-term futures of Divock Origi and Daniel Sturridge, the Reds boss may look to strengthen in 2019.

Gelson is still young and developing and, with that, caution must be exercised when predicting his career path. Eye-catching attackers of his profile are often scouted by major European clubs but and the only way to maintain interest is consistency, but it is telling that Sporting were quick to tie him down to a new contract until 2022 with a £53million release clause.

Given his natural abilities, if Gelson can produce regularly for Rio Ave this season, parent club Sporting can almost certainly expect a few enquiries come next summer.