Senegal get their World Cup campaign underway today as they play Poland for the first ever time.

The 4pm Group H clash in Moscow’s Otkrytiye Arena will be critical, with all four teams in the group harbouring realistic hopes of progressing to the knockout stages. The Lions of Teranga will have their attack spearheaded by Liverpool forward Sadio Mané and he will be looking to pick up for Senegal where his season left off for the Reds.

Any Liverpool player to score a hat-trick at the World Cup is 14/1.

After a blazing start, Mané’s season had drifted into an average run of form but he ended strongly. He was comfortably our man of the match in the disappointment in Kiev. Other players let their heads go down when Mo Salah was forced off through a shoulder injury but not Mané, who lifted his game. Not only did he score, he also hit the post as he was our biggest threat. He should be very pleased with the way he played in that final. On another day, he would have inspired us to a win. 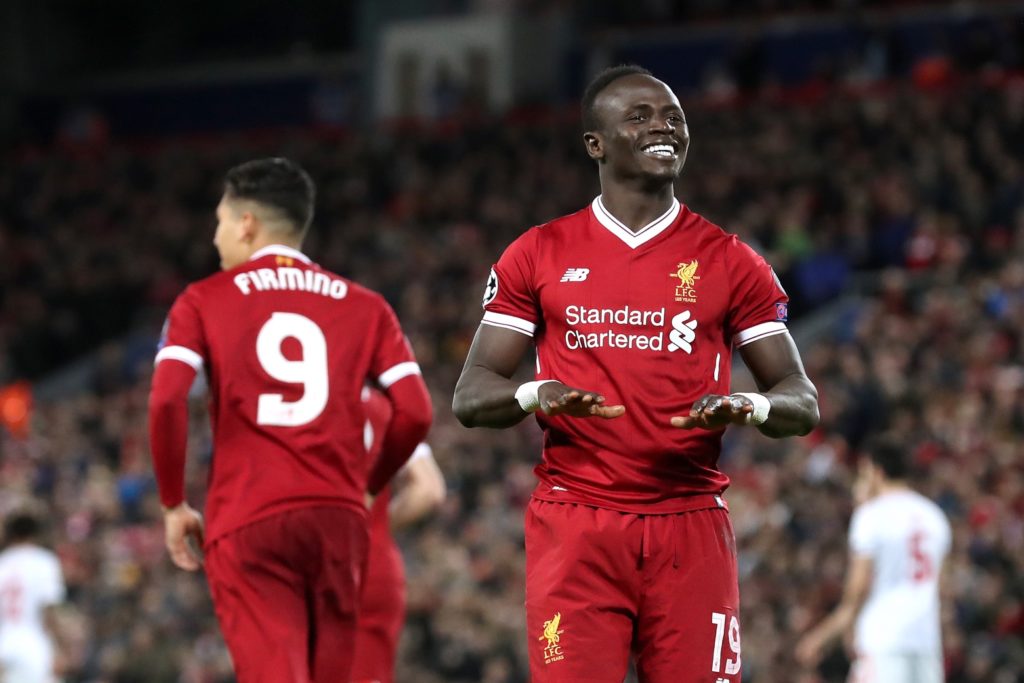 Having had three weeks to clear his head, his attention now turns to his country as Senegal kick off only their second ever World Cup. In 2002 the then debutants captured the imagination of the world as they shocked world champions France with a 1-0 win in the opening match of the tournament in Japan and South Korea. Future Liverpool misfit El Hadji Diouf would be the star of the show and it looked like heady days as compatriot and fellow Liverpool bound jabroni Salif Diao would anchor their midfield admirably. Oh how easily we were conned.

Fast forward 16 years and Senegal get their second shot. In a group alongside Poland, Columbia and Japan the Africans will feel they have a real chance of making the knockout phases. Poland are experienced and seasoned campaigners and they will likely be the toughest game for them. But in Mané they have one of the stand out players in European if not world footballer over the course of the past season. Mané and his role as part of the devastating trio of Firmino and Salah has not gone unnoticed.

In a litany of familiar names, many of them plying their trade in the Premier League, Mané stands out as Senegal’s star player. Having scored 20 goals over the course of the 2017/2018 campaign, this comfortably represents his best return in a season. He will certainly carry their big goalscoring threat.

Poland however will provide obdurate, tough and experienced opposition. They are frequent knockout phase visitors and have escaped the group stage at every World Cup they have been at since 1982. Senegal did reach the quarter finals in their 2002 sojourn but do lack the tournament experience of their opening opponents.

As experienced as the Polish set up might well be, they are not used to dealing with the explosive, persistent force of nature that Mané is when on song. Versatile and hardworking, Mané will ask question after question that Poland’s defence is simply not used to answering. His pace and clever movement are likely to cause havoc as the Polish defensive unit isn’t the quickest. If Senegal use his strongest assets, the Poles can expect a lot of balls played in behind them into the channels.

Mané is 13/2 to open the scoring and that is a very tempting bet. However, I do think that the Poles have the experience to come away with a point here and a 1-1 draw at 5/1 would be my bet.

Irrespective of this, I hope that Mané has a really strong tournament. After heads went down in Kiev, he lifted himself to put in his best performance of the season and we can ask for no more than that. He deserves a good run deep into the tournament and Senegal are ideally placed in a group to take advantage of their superstar player’s strongest assets.