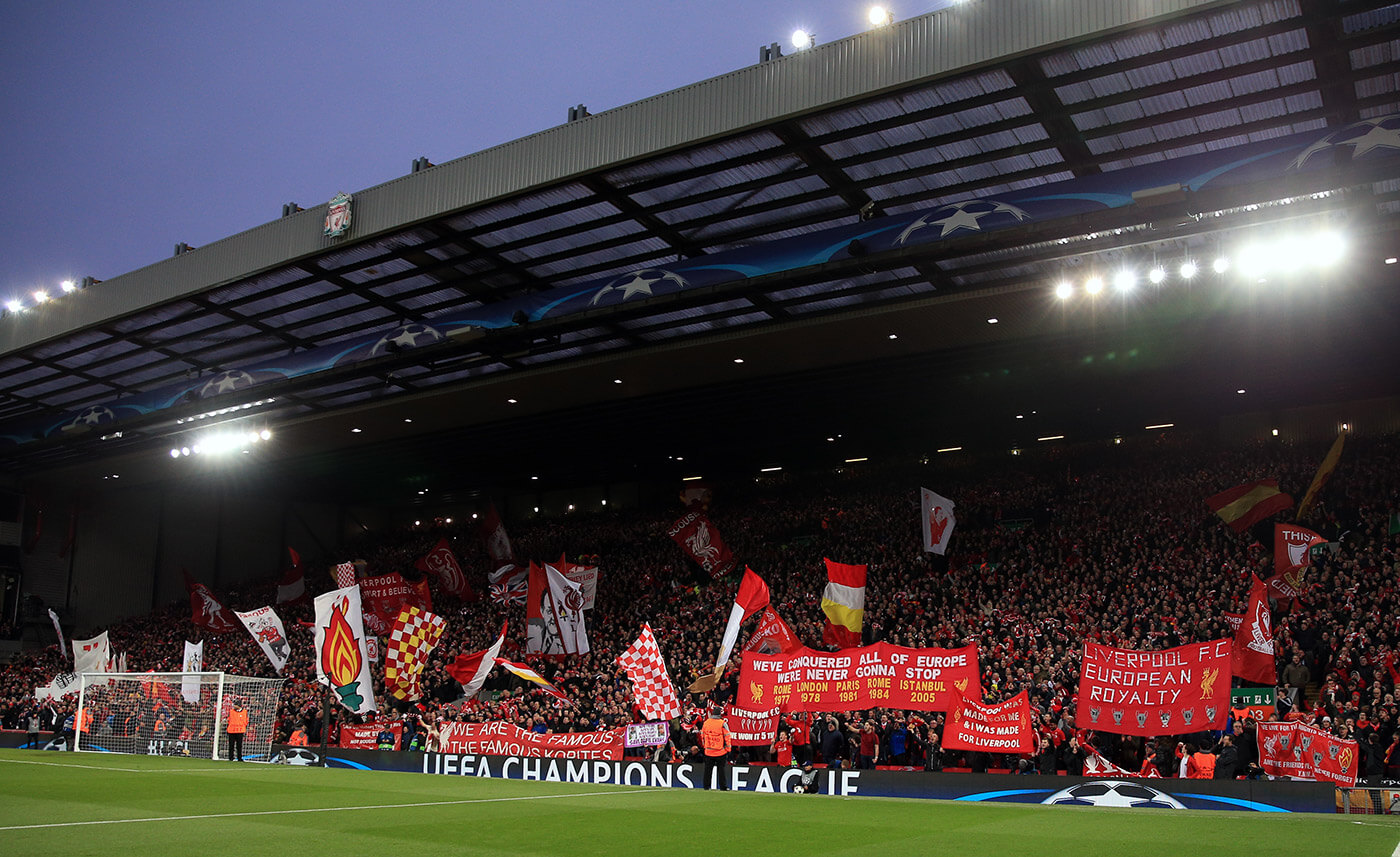 Mad how losing 2-1 to your arch rivals make you love your team even more.

When you go to an away match you’re filled with a feeling of resilience, of defiance. Of being the outsider, the little guy against the establishment. It’s us against the world, and deep down the world would (f***ing) love to be us. All of this completely deluded of course, but we seem to be enjoying ourselves more than our two neighbours down the East Lancs, even if we are currently in 4th place.

It didn’t take long to shut us up on Saturday, though. Less than 15 minutes in and Rashford sent Trent to the concessions. United scored and 70 000 people started goading us. And then they got another one, and 70 000 people continued goading us. To be fair to the Old Trafford faithfuls, they had turned up in full voice. But then the Reds in White started fighting back, forced United to make mistakes and they conceded an own goal. We looked at the clock, as it was counting down the minutes, as time was running out, as Salah skied the ball halfway up the East Stand. Time’s up.

It’s the hope that kills you, but this time we endured.

Long story short, Liverpool lost 2-1 at Old Trafford. Then and there, in the away end, no one seemed arsed in the slightest. Why? Liverpool supporters are famous for their complete meltdowns the second a game is lost. The highs are ridiculously high, but the lows so low not even a Blue Planet II camera can reach the bottom of it. This time that didn’t happen, at least not amongst the matchgoers. It might be another world all together for the people not fortunate enough to walk through the turnstiles, or those living too far away to get a feel of what the city was like after the setback in Salford. But trust me; we were sound.

We’re still in Europe and Klopp has the team playing some of the league’s most exciting attacking football. Boss new songs have possessed the Kopites and players have surprised us. There’s an exciting buzz about the team, a momentum we need to keep despite two poor results against Porto at home and Manchester United away. Heads are still on, for now. Could the constant Alton Towers up-and-down thrill rides be replaced by slow and steady mountaineering? I mean, probably not. But as soon as the ref blew the final whistle and the defeat was an irritating reality, the chants commenced.

The songs replaced the fume, the moans about the referee, the gutted sighs. Some of their lot was egging us on on their way out, like they should when they’ve won. And sure, some of our supporters took the bait. But disappointment and outrage turned to pyro and fists in the air remarkably quickly. Many supporters in the home end stayed behind, filming the 3000 scousers setting off red flares and belting out the new fan favourite Allez Allez Allez.

We could have done with some of those vocals during the 90 minutes of football where the Reds needed every push and support possible to fight back against deeper and deeper lying Mancs. Perhaps we were stunned by United’s two goals, and then left frustrated by numerous decisions going against us. But as the police kept us tucked away “for our own safety” for an extra 30 minutes at the end of the match, and as Old Trafford slowly emptied out, the away end was where you wanted to be.

The atmosphere moved to the coaches and on to the M62. In Liverpool city centre, hundreds of supporters gathered in a Baltic Triangle venue for music, beers and flares – the latter getting the venue closed early, unfortunately. Barely anyone spoke of the defeat earlier in the day. I heard the controversial refereeing mentioned once. Once. People were on tables, falling into bins, bouncing up and down singing about European Cups and Egyptian Kings. We had lost to our arch rivals but there was no chance anyone left Baltic that night feeling defeated. No chance.