When Liverpool travel to Old Trafford on Sunday afternoon they will find Manchester United in a much more confident mood than when the two sides last met.

The Reds hammered United 3-1 at Anfield in December, after which Jose Mourinho was sacked and replaced by Ole Gunnar Solskjaer. Since then, the Red Devils are unbeaten in the Premier League and have crept back into the top four.

But, top of the league and having lost just once all season, Liverpool have no reason to fear United. And Jurgen Klopp’s men can take inspiration from recent history, with the Reds having recorded some famous victories at Old Trafford in the Premier League. 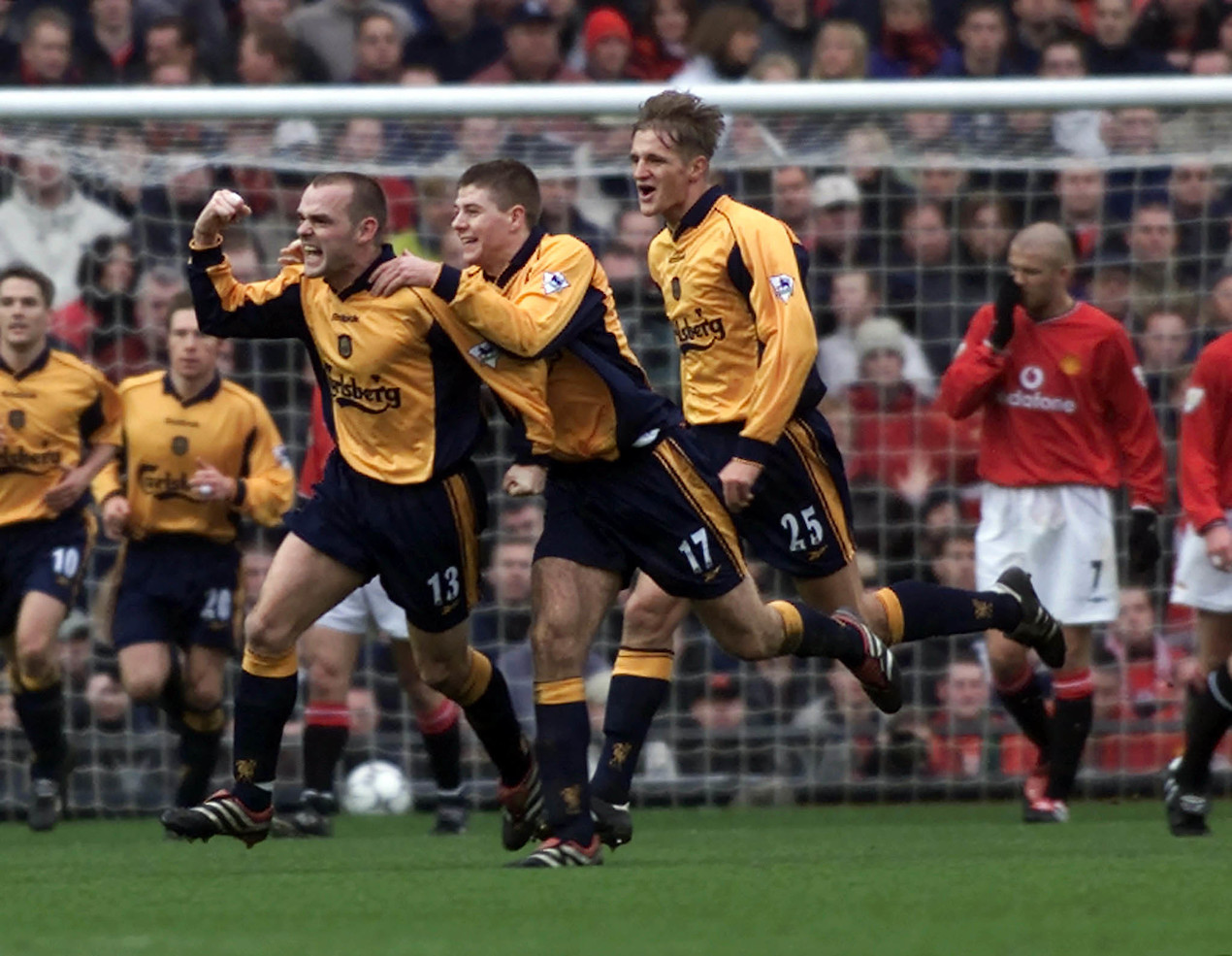 The Reds had to wait more than eight years after the division’s inception to record their first victory at Old Trafford, but when it came it was sweet.

Murphy then delicately lifted the ball of Fabian Barthez to give Gerard Houllier’s Liverpool the victory.

The following season it was the same scoreline and the same Liverpool hero.

And expensively assembled United side that included Juan Sebastian Veron and Ruud van Nistelrooy went on to surrender a big lead in the title race to Arsenal, with Liverpool again claiming three points at Old Trafford.

In dramatic fashion, a game that seemed destined for a 0-0 draw was settled by a Murphy free-kick from 20 yards with just five minutes to play.

It must have felt like Groundhog Day for United as, in April 2004, it was another 1-0 defeat to Houllier’s Liverpool, with Murphy again the scorer.

A young Cristiano Ronaldo lined up for United, but Liverpool, who would claim a fifth European Cup under Rafael Benitez the next season, kept the teenage future Ballon d’Or winner pocketed as a Murphy penalty settled the tie.

Mohamed Salah is 7.00 to score two or more goals vs United*

The Reds are fighting to end their 29-year wait for a top-flight title this season, with Klopp’s side arguably stronger than any Liverpool team of the Premier League era.

Their competition for that distinction comes from Benitez’s squad of 2008/09, a season in which the Reds lost only two Premier League games and amassed an impressive 86 points.

It was only enough for second place, with a United of Ronaldo, Wayne Rooney, Carlos Tevez and Dimitar Berbatov claiming another title, but Liverpool got one over their rivals at Old Trafford in March 2009.

And there was no doubt over who was the star of the show. Arguably the best striker in the world at the time, Fernando Torres tore apart Nemanja Vidic – who was possibly the world’s best centre-back – scoring the first of four Liverpool goals. 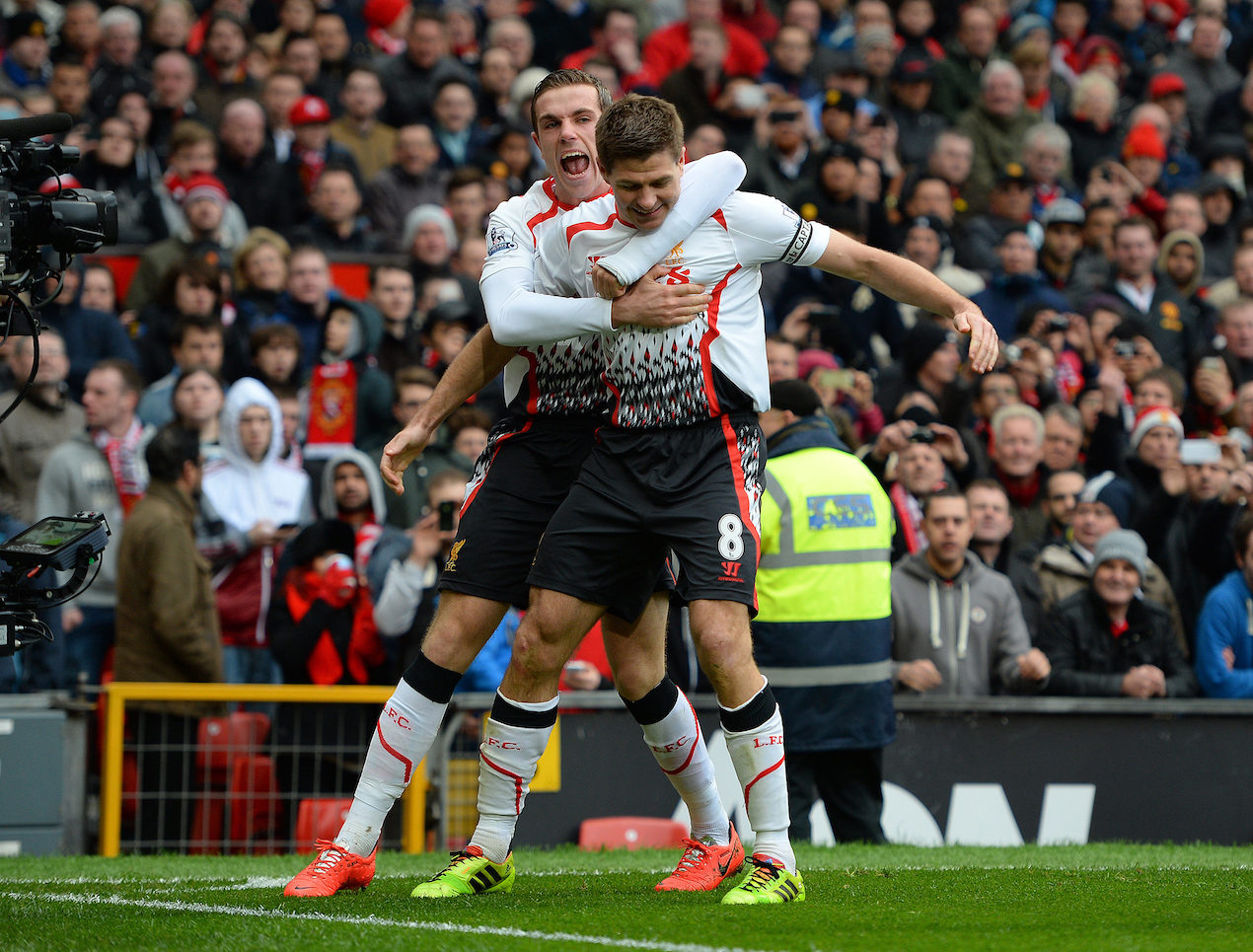 When Torres was sold to Chelsea in January 2011, many Liverpool fans were left distraught.

But, little did they know at the time, the Reds had acquired a replacement who would soon prove to be even better than the Spaniard – no, not Andy Carroll.

Luis Suarez produced one of the finest individual seasons the Premier League has ever seen in 2013/14, driving Liverpool on as they went close to winning the title.

Joined in attack by Daniel Sturridge and Raheem Sterling, the trio were unstoppable as Brendan Rodgers’ men thrashed United 3-0 at Old Trafford in March 2014. Suarez completed the scoring late on after two Gerrard penalties.

Liverpool to beat United and both teams to score is 3.75*