29 years in the waiting, will we only be waiting one final day?

Thirty-seven down, one to go.

Whatever happens at Anfield on Sunday, we attend with renewed faith and hope and no regrets. The prospects of ending up empty handed after a season in which the Reds have moved mountains at home and abroad have receded. It looks like the European Cup over the cherished league, but if this week has taught us anything, it is to expect the unexpected. 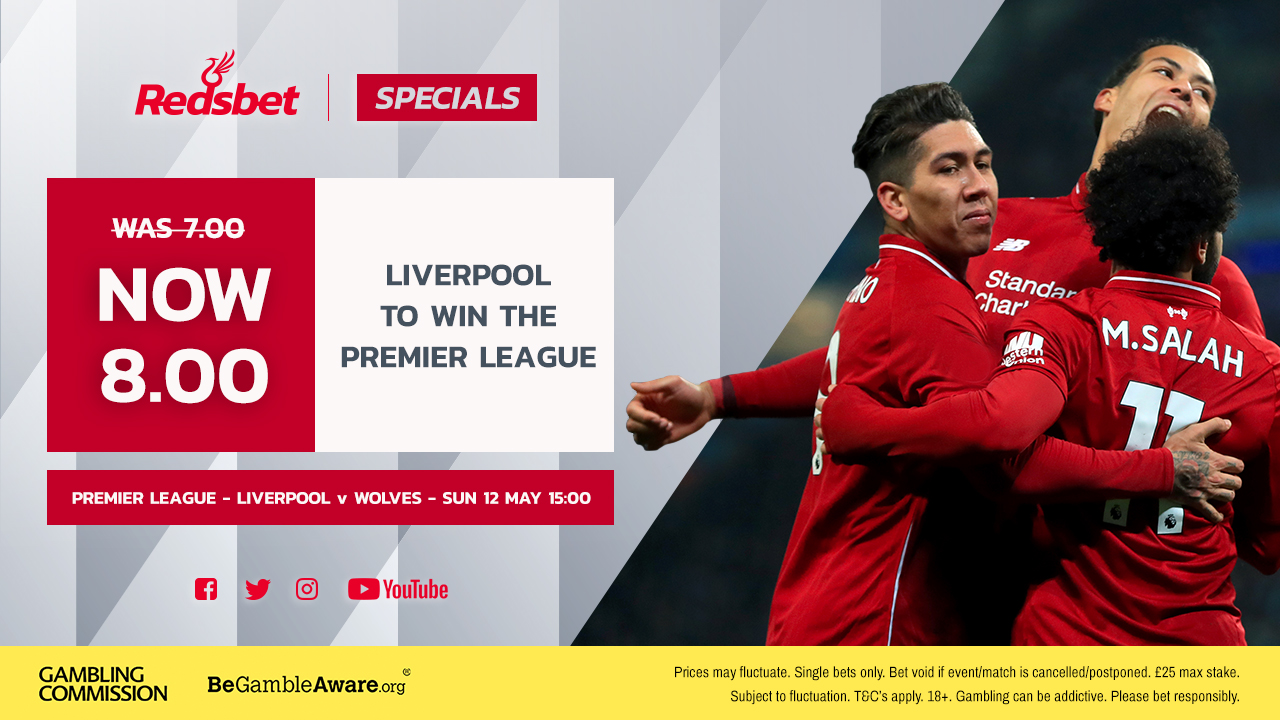 Liverpool already have their reward. The respect of the football nation, in most parts expressed incongruously through fear and loathing, and the adulation of their own supporters. In more tangible terms, the opportunity to become Champions of Europe for a sixth time. Against Wolves there is no pressure.

But, as fans we’re greedy. When four-nil up we crave fives and sixes. Every goal matters. Ninety-four points now, and 97 by Sunday tea-time, great. To have participated in the most memorable, insanely competitive two-horse race these shores have seen, fantastic. Is that enough to sate our dreams and desires? An emphatic NO.

Liverpool can still win that elusive Number 19 this weekend. In fact, elusive is the wrong word. Mythical does the job a whole lot better, because it remains in the lap of the football Gods. Courtesy of Barcelona on Tuesday though it seems more likely because of sheer will and psychology. Before Messi and co were humbled at the shrine, You’ll Never Walk Alone belted out, initially melancholic that we had witnessed a great Liverpool team on the verge of winning nothing, but then roaringly defiant in its final strains.

You’re a Manchester City fan or player midweek and you’re thinking, “What the fuck is it with this lot?” City don’t just play Brighton on Sunday, they oppose their own fatalism brought about by their grudging, fearful sense of Liverpool’s romance.

Two models of the same Premier League trophy will be in situ, one at the AMEX, one at Anfield. The choice is meeting a friend for tea and cake, or going on massive bender with all the lads.

Liverpool have to take care of their own business and make sure they beat Wolves. On a sunny day, with Anfield red raw and throbbing like a sore thumb – 55,000 lunatics willing them on – they surely cannot fail, even allowing for the visitors being the best of the Premier League’s bad bunch. An early goal with Red smoke signals wafting south wouldn’t go amiss in shifting psychological sands.

The thing that struck me about Manchester City on Monday night was a sense they felt that the title was in the bag. Their supporters celebrated as such, lured into thoughts of their own victorious destiny by Vincent Kompany’s wonder strike. Fitting that their old boy should get such a crucial goal, ahead of their galacticos; their Agueros and their Silvas, their Sergio’s and Bernardo’s. At the whistle came relief but a cockiness that took no account of the last step being the hardest.

At the weekend it is only City who can be stung. Should they prevail, as they ought to and that’s the key, we can shrug it off and more than console ourselves with thoughts of a gleaming European Cup; the one they covet the most. Then there’s the other outcome, that not only we sun ourselves in Madrid, but there’s one last letter in the post, one last notification on your phone, one last crackle of the wireless.

News we’ve been awaiting 29 years and it was always going to come on the last day.

Brighton vs Liverpool: The Decisive Factors