Christ, we could actually win the league on Sunday....

The day that we could finally end that 29-year wait for a league title.

It’s mad, we could literally win the league this weekend, it is not beyond the realms of possibility that Jordan Henderson is stood on a podium in the centre-circle at Anfield lifting aloft the Premier League trophy.

We win. City draw or lose. Liverpool get number 19.

In the week that the impossible appeared in reality, maybe just maybe we’re going to have another reason to cry on the steps of the Main Stand. Maybe we’re just being greedy? Either way this Liverpool team need to get to 97 points and then see what happens.

Are we going to do it? We’ve previewed where there could be so value for money in the betting markets for Sunday’s clash with Wolves.

The sensational comeback against Barcelona has left us with 12 wins from 13 matches across all competitions (eight in the league) and with that momentum behind us, we’re pretty bullish of our chances of success on the final day – at least at our end.

That’s despite Wolves’ excellent record versus the ‘Big Six’ this term (W6-D4-L3) as five of those victories came at Molineux, while in their two encounters with ourselves, they lost 2-0 in the league and beat our B team 2-1 in the FA Cup.

Nuno Espirito Santo’s men have lost three of their last five on their travels and as they’ve already secured seventh place, we should possess the more determined set of players out there on the field and theres not a chance in hell that this group can be called ‘bottlers.’

Wolves have struggled to find the creativity to break down the weaker, defensive teams in the division, but it’s no secret that their success against the big guns has relied upon an effective counter-attacking strategy.

However, the reverse fixture saw Wolves’ back three struggle with the close attention given by our forwards in the high press, while their wing-backs were pressured by our full-backs that day, forcing them to avoid passing out from the back and instead lump it to their attackers and look for the second balls. 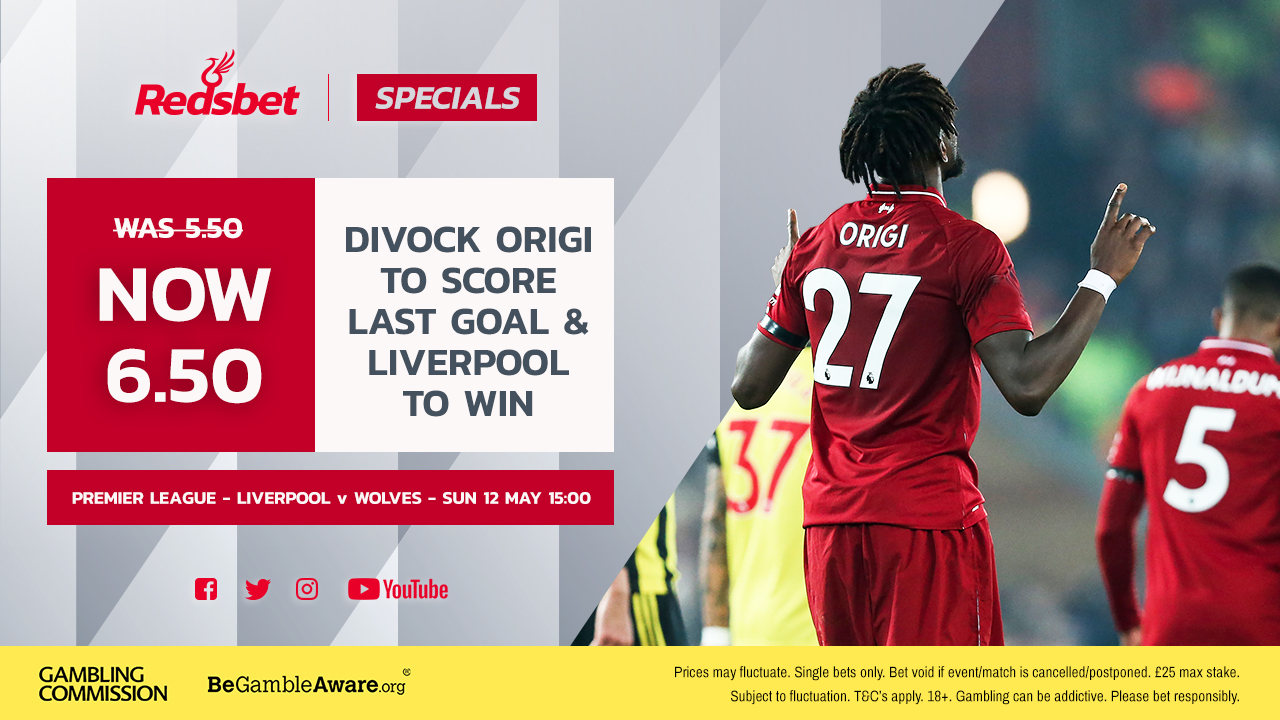 One thing we will have to watch out for is the spacious gaps between our full-backs and centre-backs, particularly when losing possession, as that is where they’re most likely to hurt us.

Indeed, although the rapid Adama Traore hasn’t enjoyed the best of campaigns, he could be a dangerous weapon from the bench for the visitors as he likes to make those sorts of runs.

Whereas Wolves have no injuries or suspensions to contend with, we’re a tad short of options at present. Jordan Henderson, Virgil van Dijk and Sadio Mane were all able to continue after receiving knocks midweek, but with Andy Robertson set to miss out here, James Milner will revert to left-back.

Given Naby Keita is sidelined for the rest of the season, that puts a lot of pressure on Henderson, who sustained a heavy blow to the knee, to deliver another all action performance from the middle.

Roberto Firmino and Mo Salah are expected to feature as part of the match day squad, but only the latter is in realistic contention to start, and so Divock Origi can expect to continue up front with both Daniel Sturridge and Xherdan Shaqiri failing to impress in recent months.

There’s no doubting that we’ve joined the elite of world football under the manic Jurgen Klopp and the resilience on display at Anfield will have to be harnessed once more midweek. However, we’re not expecting a clean sheet this time around against a Wolves side that have consistently found the net against the ‘Big Six’. Both teams have scored in 11 of their 13 such games this term, while our backline hasn’t been at its absolute best recently. The 3-2 win over Newcastle was a particular case in point and in league action alone, we only have three clean sheets from our last eight games – with two of these coming against Huddersfield and Cardiff.