Can Liverpool bounce back from the defeat in Belgrade? Mike Nevin previews Sunday's early kick-off.

After the chastening midweek Champions League defeat in Belgrade, a home fixture against rock bottom Fulham is a welcome opportunity to steer the Liverpool ship back on course.

To most supporters, even allowing for hindsight, Tuesday night night’s reverse had been in the post for some time. The Reds, while grinding out results to stay competitive near the top of the Premier League, have been struggling to exhibit any of the fluency we recall from last season. Individually and collectively, performance levels have been below what we have come to expect from Jurgen Klopp teams famed for their energy, intensity and rapier-like attacking football. Liverpool were slow, predictable and lacking in imagination.

Fans are clinging for dear life to the notion that Klopp has deliberately adjusted the balance between defence and attack, or eased off on the severity of his pressing game to preserve legs for the challenges of an arduous season but the manager himself will be scratching his own head for answers. Despite pointing to several missed chances against Red Star, Klopp admitted that his team had “lost its mojo” in Serbia.

Still, Klopp will have concerns over a misfiring front three which last season had become the envy of anyone in European football. The focus for scrutiny has shifted somewhat in the past few weeks from Mohammed Salah to Roberto Firmino. Salah has managed to score enough goals (a total of seven at home and in Europe) to deflect attention away from his own form, but the devil, impishness and sheer brilliance of his penalty box presence which earned him the golden boot is still only bubbling beneath the surface.  Firmino though is a pale shadow of himself; not only short of goals but also not the roaming menace, arch pickpocket and ubiquitous fulcrum of Liverpool’s attack. 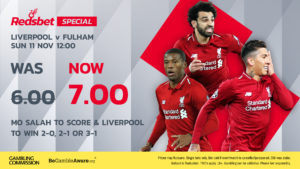 Klopp would prefer to have more scope to rest Salah, Firmino (who didn’t start on Wednesday) and Sadio Mane but with Daniel Sturridge still an unconvincing support act, his options are limited. Sturridge blazed over the outstanding chance of Wednesday’s game but his restricted movement and dwindling pace make him an incongruous deputy. However, although his midweek performance clearly rankled with Klopp, if the manager is committed to the idea rotation Sturridge may get the chance to redeem himself against the Cottagers.

If there’s a spark absent up front, the middle of the park also presents creativity issues. Naby Keita’s stop-start season has been a huge frustration. The Guinean’s progress has been interrupted by injury but his form prior to a hamstring problem had been unconvincing. As yet we have seen only brief flashes of the surging runs from midfield and all-action physicality we were promised was a long-term antidote to the lost craft of Phil Coutinho behind the strikers. With Keita now recovered, Klopp will trust that his expensive acquisition can begin to demonstrate what all the fuss was about.

Jordan Henderson’s still has an army of critics among the Liverpool support, but if the intention was for Fabinho to usurp the skipper, the Brazilian still has some way to go before he nails down a regular place. For all the promise he showed in the home leg against Red Star, last Saturday’s visit to Arsenal was a bridge too far for a player still acclimatising and struggling with the physical demands of the Premier League.

Regardless of the team selected by Klopp on Sunday, Liverpool have a facile task on their hands to preserve their unbeaten league record and take all three points. Fulham – promoted via the play-offs after beating Aston Villa at Wembley – are rooted at the bottom of the table with just one win and five points from eleven games. Serbian boss Slavisa Jokanovic has been roundly criticised for a naïve, overly-open style of play and is now bookies favourite to be the next top flight managerial casualty. After a crushing 1-0 defeat at relegation rivals Huddersfield on Monday night, Jokanovic turned the heat on his players by questioning their lack of personality and fight.

Supporters of the West London club might have expected better when £100m was invested in the recruitment of twelve new players over the summer. Andre-Frank Zambo Anguissa a £22m deadline day capture from Marseille joined another midfielder – the sought-after Jean Michael Serri from Nice for another £27m. World Cup Winner Andre Schurrle also arrived on a two-year loan from Borussia Dortmund with Aleksandar Mitrovic costing £18m from Newcastle.

With a final international break looming, a resounding win against Fulham would be the ideal way to cast off some of the recent gloom and we must remind ourselves that an early kick-off allows Liverpool the chance to go top at least for a few hours until Manchester City entertain Manchester United.