All your betting tips with enhanced odds ahead of the crucial clash with Arsenal on Saturday night.

Victory for Liverpool against Arsenal at Anfield on Saturday will maintain their lead at the top of the Premier League, which grew significantly after Manchester City’s defeat at Leicester on Boxing Day.

The Reds are currently six points clear of second-placed Tottenham and are looking to make another statement of intent this weekend.

Jurgen Klopp’s side go into the game on the back of eight successive league victories. They are yet to lose a league game and have been imperious at Anfield. They will, then, be strong favourites to see off an Arsenal side with an inconsistent record on the road.

Xherdan Shaqiri is enjoying his best run of form in a Liverpool shirt. Having scored twice against Manchester United as a second half substitute, the Swiss international was rewarded with a start against Newcastle.

He scored his sixth league goal of the season and his fourth in four games. Klopp may well keep Shaqiri in the side against Arsenal, and it would not be a surprise if he were to get his name on the scoresheet again.

Against Newcastle, the former Stoke man linked up well with his attacking teammates. There were signs of the beginnings of a formidable front four, with Shaqiri darting and jinking past Newcastle players and linking up well with the likes of Mo Salah, Sadio Mane and Roberto Firmino.

A goal in both halves

Liverpool, under Klopp, are known for their fast starts. At Anfield, in particular, the expectation is that they will play with a ferocious intensity in the early stages, blow their opposition away and see out the rest of the game.

That has not always been the case this season. The Reds have scored more goals in the second half of games (26) than in the first half (17). They are now a more controlled side. The almost childlike eagerness of Klopp’s early team has been replaced by a more measured, sensible approach.

An early goal would not be entirely surprising against Arsenal. But if Liverpool do make a fast start, do not expect them to tire after the break. 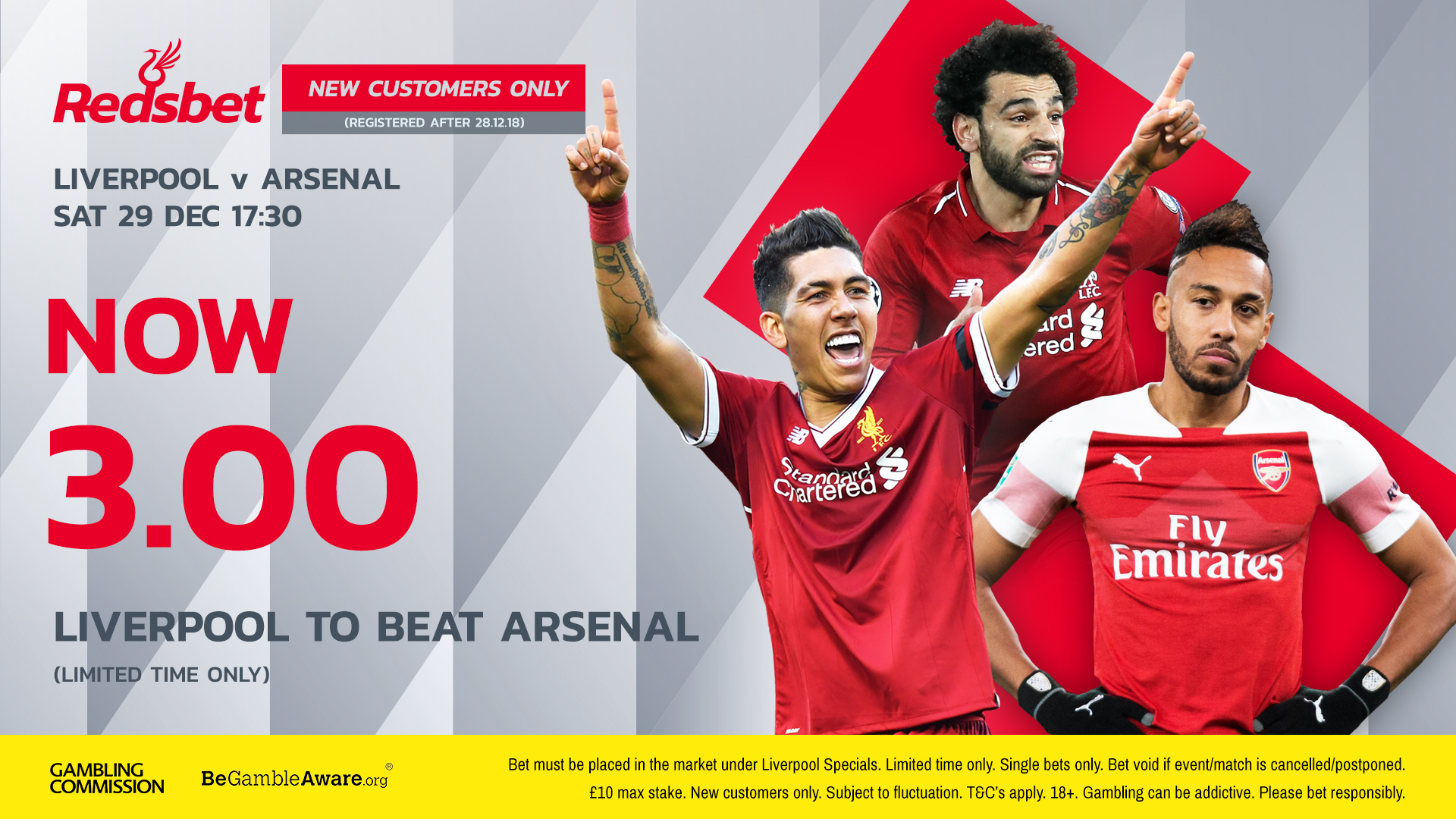 Get on our new customer offer for the Liverpool vs Arsenal game. You can get The Reds to win at 3.00!

Arsenal’s away games this season have tended not to be dreary affairs. There are usually goals, and no different should be expected this weekend.

Whether any will go the way of the Gunners, though, remains to be seen. Liverpool are remarkably stingy at Anfield: they have conceded just twice in nine home games and appeared untroubled by some of the division’s best attacking players.

Arsenal will pose a threat: Emery’s side have scored 21 goals on the road and rarely play for a point. But they concede plenty, too: 16 in nine away games. A 0-0 in this one seems highly unlikely.