As the final whistle sounded in Kyiv’s NSC Olimpiyskiy stadium a couple of Saturdays ago, and players sank to their knees while supporters stood with their heads in their hands, the feeling prevailed that a great opportunity had been missed.

Nobody expected this Liverpool side to reach the final of the European Cup, never mind win it. But once they were in the final, and having swept aside some of the continent’s most talented outfits with their unique brand of devastating football, it became an entirely realistic notion that the previously unfancied Reds could beat the holders and pick up their sixth title. Liverpool to win the Champions League next season is 21/2.

And yet, a season characterised by full-throttle, sizzling attacking football culminated in a disappointingly meek manner as Real Madrid’s individual quality and greater squad depth proved too much for a Liverpool side which failed to get its own style up-and-running properly at any point.

In the aftermath, Jurgen Klopp’s poor record in finals was analysed, and comparisons with the stagnation suffered by his Borussia Dortmund team following their own Champions League final defeat, to rivals Bayern at Wembley back in 2013, were made in the media and online. 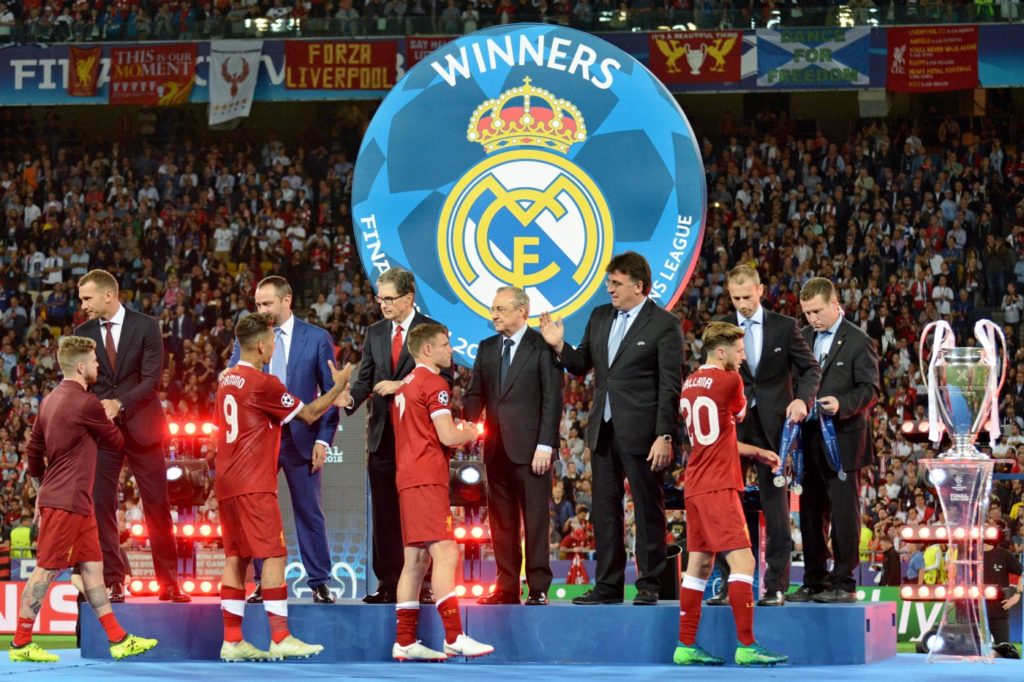 Worried voices sprang up before Liverpool had even left the pitch — how will the Reds pick themselves up from this? Will this be as far as Klopp can take them? Will they fade away just like Dortmund did?

The difference between Dortmund in 2013 and Liverpool in 2018 was made clear just two days later.

Dortmund didn’t just lose the European Cup final to Bayern that summer. Mario Gotze, arguably their best player at the time, moved to Munich on a bosman transfer. And thus their status as the inferior, more submissive club was set.

In the following seasons, the likes of Robert Lewandowski and Mats Hummels also made the switch to Bavaria, and Klopp ended up leaving in 2015 with the club near the Bundesliga relegation zone.

By contrast, after their defeat on the Saturday, Liverpool had completed the capture of one of Europe’s most sought-after footballers by Monday.

AS Monaco midfielder Fabinho, consistently linked with a move to clubs perceived to be richer and more powerful than the Reds, arrived with a minimum of fuss.

The value of reaching the Champions League was made clear in that one move — the most gifted players in world football are now looking at Liverpool under Jurgen Klopp and thinking, “I want to go and play for them.”

The speed with which the move was announced demonstrates that, though the defeat to Zinedine Zidane’s men might have signalled the end of the 17/18 season, it does not serve as the end of the story for this Liverpool team. It doesn’t even slow the narrative down.

Fabinho’s signing is a clear indication that the club is determined to take advantage of its re-emergence at the pinnacle of European football, and is wasting no time at all in setting the wheels in motion. The well-documented pursuits of the likes of Nabil Fekir and Alisson, plus the imminent arrival of Naby Keita, highlight the fact that the club is seeking to assert itself as one of the ultimate destinations for players heading into the peaks of their careers. Alisson to join Liverpool this summer is 7/4 with RedsBet.

The quality of the starting line-ups on display in Ukraine a fortnight ago wasn’t overly disparate; both sides contained a selection of some of the world’s best players in their respective positions. Glancing at the bench, however, quickly revealed which was the big-spending super-club, and which was the team attempting to build something with a wider squad comprised of less-than-reliable parts.

Real’s ability to introduce Gareth Bale with the game level — while Dominic Solanke acted as Liverpool’s only genuine attacking option — was crucial.

If Liverpool are to make a genuine challenge for next season’s Premier League title, while also maintaining another run into the latter stages of the Champions League, they must be able to look to the bench and choose from a selection of players of a similar quality to those on the pitch.

Though this year’s run to Kyiv took most by surprise, the Reds’ determined approach in the transfer market is ensuring that the success of this season is being capitalised upon, and makes the prospect of reaching next year’s final in Madrid appear a whole lot more realistic.