It’s an ill wind that blows nobody any good.

The ancient proverb rang true as Liverpool drew strength from a sense of injustice, recognising that some good must come of acute misfortune. At this stage of the season, with Manchester City stretching their lead to four points on Saturday evening and Burnley scoring a farcical opening goal after just six minutes, it would’ve been easier to accept that gradually this thing we crave was slipping away.

Liverpool are NOW to win the Premier League – 3.40*

The sight of Alisson Becker protesting furiously, receiving a yellow card for his animated complaints over a clear foul and Burnley celebrating that most freakish occurrence – a goal direct from a corner – wasn’t good for the soul. With the clock barely past noon on a Sunday the prospect of battling back against Lancashire’s finest exponents of the dark arts would normally have silenced Anfield. But there’s life in the old dog yet and the ground roused itself into a growling, snarling mob for long enough to breathe fire into a Liverpool team fighting tooth and nail to stay in the race.

What comes first? The crowd energising the team or the fans feeding off the efforts of the players? Here it felt like the supporters galvanised the men in Red despite sitting through the most spiteful weather March can throw at you.

Try watching football with a ten force gale hurling stinging hailstones in your face, while at the same time shielding a glaring sun from your eyes. Hats off to the gnarly old patrons of the Kemlyn Road Stand who remain joyously contrary; the finger-wagging grouches who at their worst can turn turk on their own players but still frighten linesman and opposing full-backs to death. Get them wet and in a bad mood and watch these Anfield Gremlins turn nasty in support of their deep-rooted Red cause.

Adam Lallana is one player who has felt the wrath of the old-stagers. Although blessed with obvious ability, his slight frame, softly spoken southern drawl and susceptibility to injury have marked him down as “fancy Dan” – a footballer who would suit the white of Spurs more than the Red of Liverpool. In the minds of most fans he’s become yesterday’s man so when he appeared on the team sheet the consensus, for once, railed against Jurgen Klopp’s judgement.

What do we know? Lallana is the man who turns the match in Liverpool’s favour; suddenly a viable option for the run-in. For a supposed soft touch, his lunging tackle on the edge of the box results in Sadio Mane’s goal to put Liverpool in front. From the Kop it looks like Mo Salah is tripped in pursuit of the loose ball before Mane curls in to silence claims for a penalty. Prior to that, Lallana’s raking pass to Salah instigates a cross from which Roberto Firmino bundles home. Crisis averted. 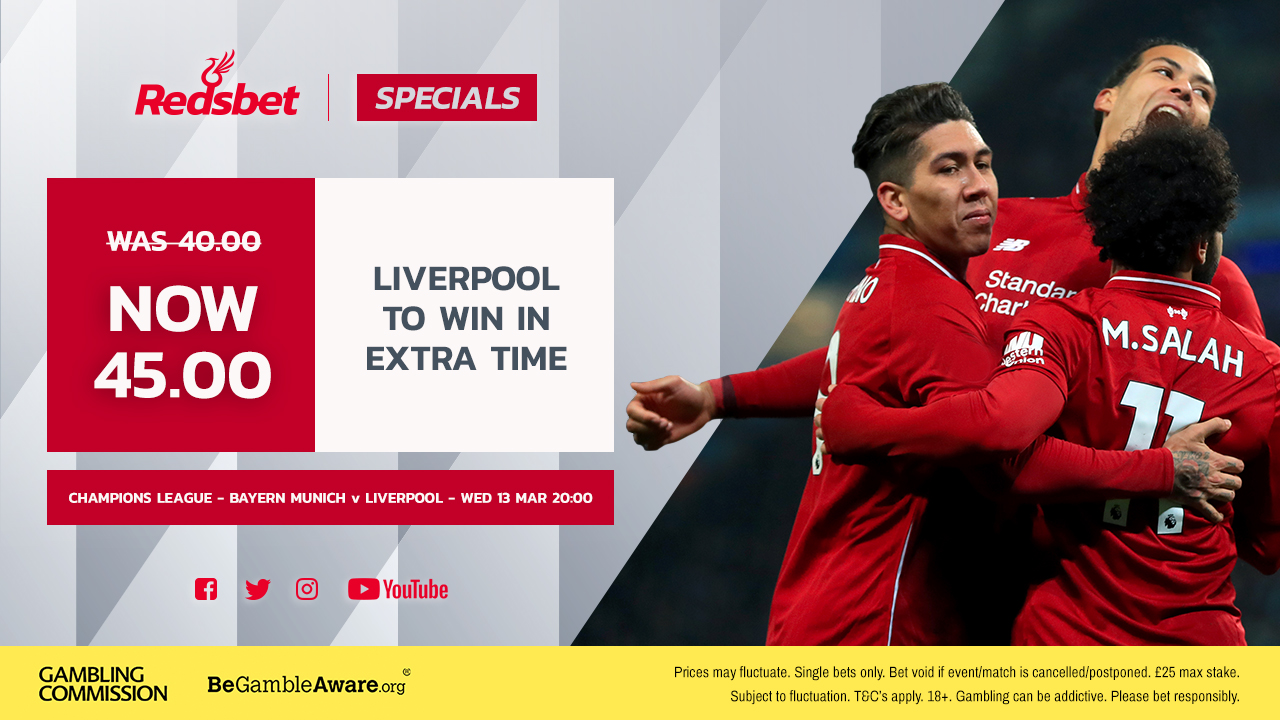 Before half-time the hail and rain abate but the wind stays vicious. Looking down from the sheltered echelons of the Kop we’re almost in awe as we watch the ball perform tricks at the Anfield Road End; stopping dead in one direction, twisting violently in the other as though being pulled around by a magnet beneath the turf.

If Liverpool are largely in control, at 2-1 it isn’t quite done and dusted, especially with Peter Crouch warming up, no doubt intent on fizzing in an overhead kick that defies physics and then not celebrating out of “respect” that doesn’t stretch as far as denying us the league title. Thankfully, before old Crouchie can get on, Tom Heaton’s goal kick is picked up by Salah and although he’s foiled in the act of shooting, Firmino is on hand to snaffle a second tap in.

With everyone relieved with a two-goal cushion, Firmino takes the plaudits of the Kop, Crouch enters to the traditional old boys’ welcome and Lallana gets a deserved standing ovation looking suitably knackered. If he was a marathon runner, he would be spread-eagled on the track seconds after breasting the tape.

How the game ends up as a 4-2 win is almost beyond comprehension. With half the crowd heading for the exits with a whiff of Bisto in their nostrils, Burnley pull one goal back but before the psychotic contingent can have a major breakdown, Mane skips round Heaton to restore sanity. In the end, despite that early scare, it feels reassuringly routine; Klopp a picture of contentment, hugs for free on the pitch, beaming smiles for the fans as he does his familiar rounds.

Thirty matches. One defeat. In the words of the boss, nobody is getting rid of us.