Despite Liverpool's new arrivals, James Milner still has a vital role to play

Liverpool’s new-look midfield excelled in the Reds’ 4-0 demolition of West Ham United on the opening weekend of the 2018/19 season at Anfield. In typical fashion, they pressed and harried, they transitioned and attacked.

The star among them pulled the strings, conducted the traffic and produced the kind of dependable quality that has long been his hallmark. He ran, he tackled, he crossed. He passed, passed and passed some more. He will turn 33 in January.

Our friends at Football Whispers look at how Milner remains key for Liverpool and seems to be getting better and better with age.

The influx of new arrivals at Anfield this summer seemed to point towards a reduced role for Milner this season. In particular, the signings of Fabinho and Naby Keita, identified to fill two of the roles Milner performs – the holding midfield position and a box-to-box No.8 – hinted the veteran former Aston Villa and Leeds United man would, in his advancing years, be little more than a useful back-up.

Of course, it would be foolish to suggest that Milner should, could or will start every game he’s fit for, and for a number of reasons. 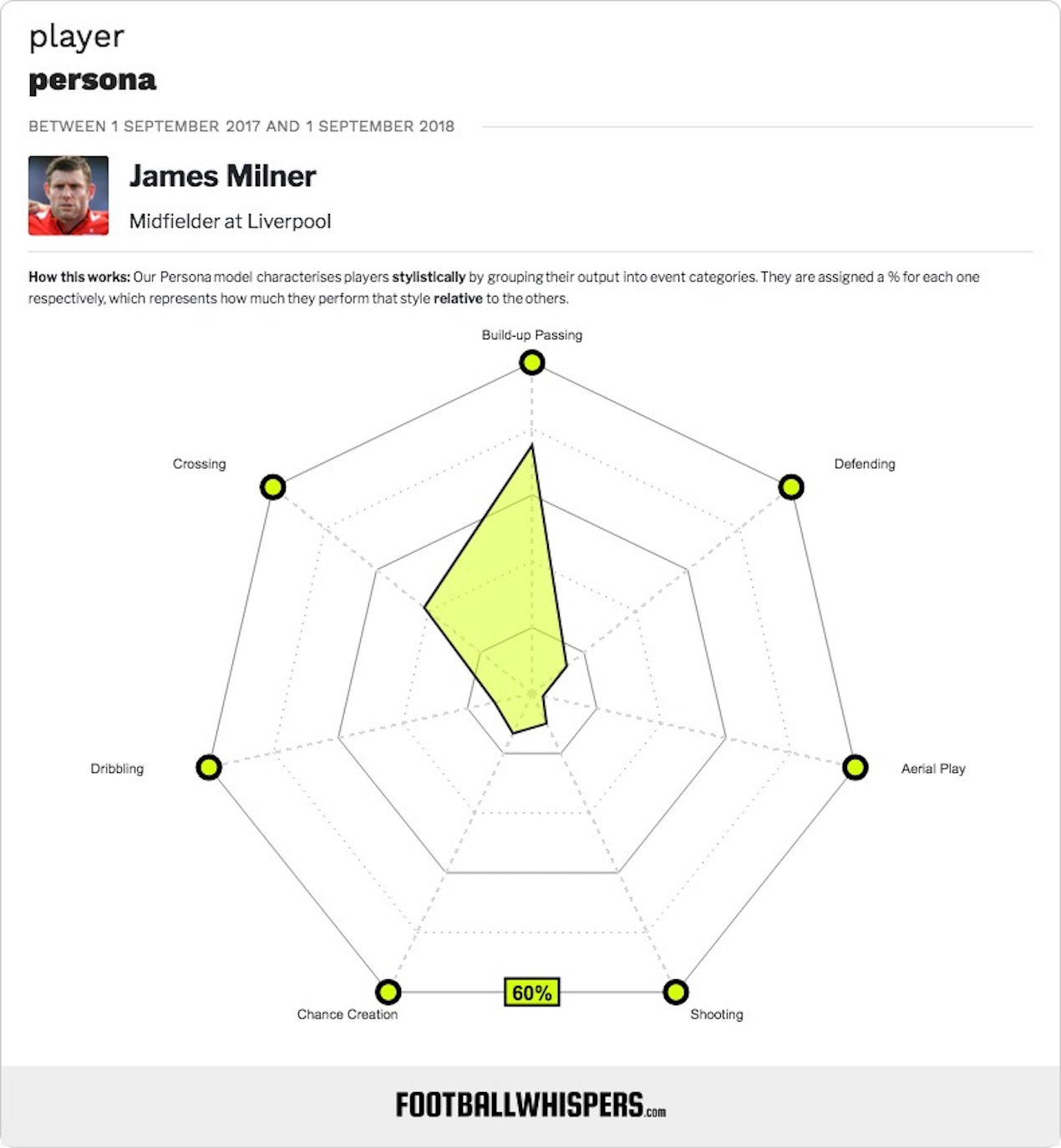 Liverpool are 33/10 to win the Premier League this season

Firstly, now into his 30s, the games in which to use Milner must be chosen carefully by Jurgen Klopp in order to maximise his impact and allow him to recover from the exertions of top-level football, a process which understandably takes more time now that it did five or ten years ago.

And there is also the matter of greater competition for places this term. Fabinho and Jordan Henderson were deemed not ready to start against West Ham; the former recovering from a minor injury and the latter still working his way back to full fitness after the World Cup truncated his pre-season.

But Milner took the opening-game visit of the Hammers as a chance to remind everyone, not least Klopp, what he can still offer. If everyone in the Liverpool squad is fit and there is a key fixture upcoming, there is a strong case to be made that Milner is the best option for the other No.8 role, assuming Keita is a guaranteed starter and Fabinho is the man to protect the back four.

As he showed against West Ham, Milner is the master of bringing balance. The former England international has the experience and intelligence to gauge the needs of the team in every instance: if Keita is pushing forward, he’ll hold back; if the attack needs support, he’ll provide just that.

And when he plays, he is no supplementary piece; he is not merely there to augment the impact of others – although he certainly does that. Milner, given the chance, will be at the heart of everything.

Against West Ham, he had more touches of the ball (122) and made more passes (102) than any other player on the pitch, finding a red shirt 93.1 per cent of the time.

On the right of the midfield three, he would pull wide and threaten with dangerous crosses – seven of them, to be precise. And through the middle he looked for through-balls and opportunities to link up.

He finished the game with an assist – for Sadio Mane’s first strike – and created three further chances. He also tackled, intercepted and won two aerial duels.

There will be times when Henderson or Gini Wijnaldum force him to sit out, or when Xherdan Shaqiri comes into the side at his expense.

But Milner, the Jack of all trades and master of every one, even at 32, will remain vital to Liverpool’s title and Champions League prospects; underrated and overlooked only by those who aren’t watching properly.