The title race is on, and Klopp has just the formation to do it.

Xherdan Shaqiri (23) of Liverpool celebrates after a goal during an International Champions Cup match between Manchester United and Liverpool at Michigan Stadium in Ann Arbor, Michigan USA, on Wednesday, July 28, 2018. (Photo by Amy Lemus/NurPhoto/Sipa USA)

Liverpool remain in the hunt at the top of the table having made their best start to a Premier League season.

Despite this, Manchester City are still flying high at the top of the league, and are already emiting an air of invincibility as they look to defend their title.

For the sides in the chasing pack who are putting in impressive performances of their own this could be demoralising, but Liverpool need to find a way to keep their spirits high and, more importantly, to keep winning. Or to win better.

Our friends from Football Whispers take a look at how Jurgen Klopp could keep his side’s unbeaten start to the season going, and how they could further improve their performances going into the final two thirds of the season.

BACK MOHAMED SALAH TO BE THE PREMIER LEAGUE’S TOP SCORER AT 6.OO*

Jurgen Klopp’s reputation as one of the top managers in Europe was built primarily on his time at Borussia Dortmund. In his third season at the club he guided them to the top of the Bundesliga, winning the league two seasons in a row in the 2010/11 and 2011/12 campaigns.

Much of this success was based on the framework provided by a 4-2-3-1 formation which was conducive to the counter-pressing which would become synonymous with Klopp, so much so that it is often referred to using the German phrase gegenpressing.

It also allowed possession football depending on the opposition, and the movement of the players within this formation could alter the shape to fit certain moments in the game.

Dortmund also made it to the Champions League final against the odds in 2013 where they lost to rivals Bayern Munich in the final, falling to a late Arjen Robben goal.

While much of the praise for Klopp revolves around his man management, and his ability to motivate his players by building a tight knit group with a feel good dressing room atmosphere, his tactical acumen is also up there with the best, and this is something he needs to call upon to maintain Liverpool’s challenge. 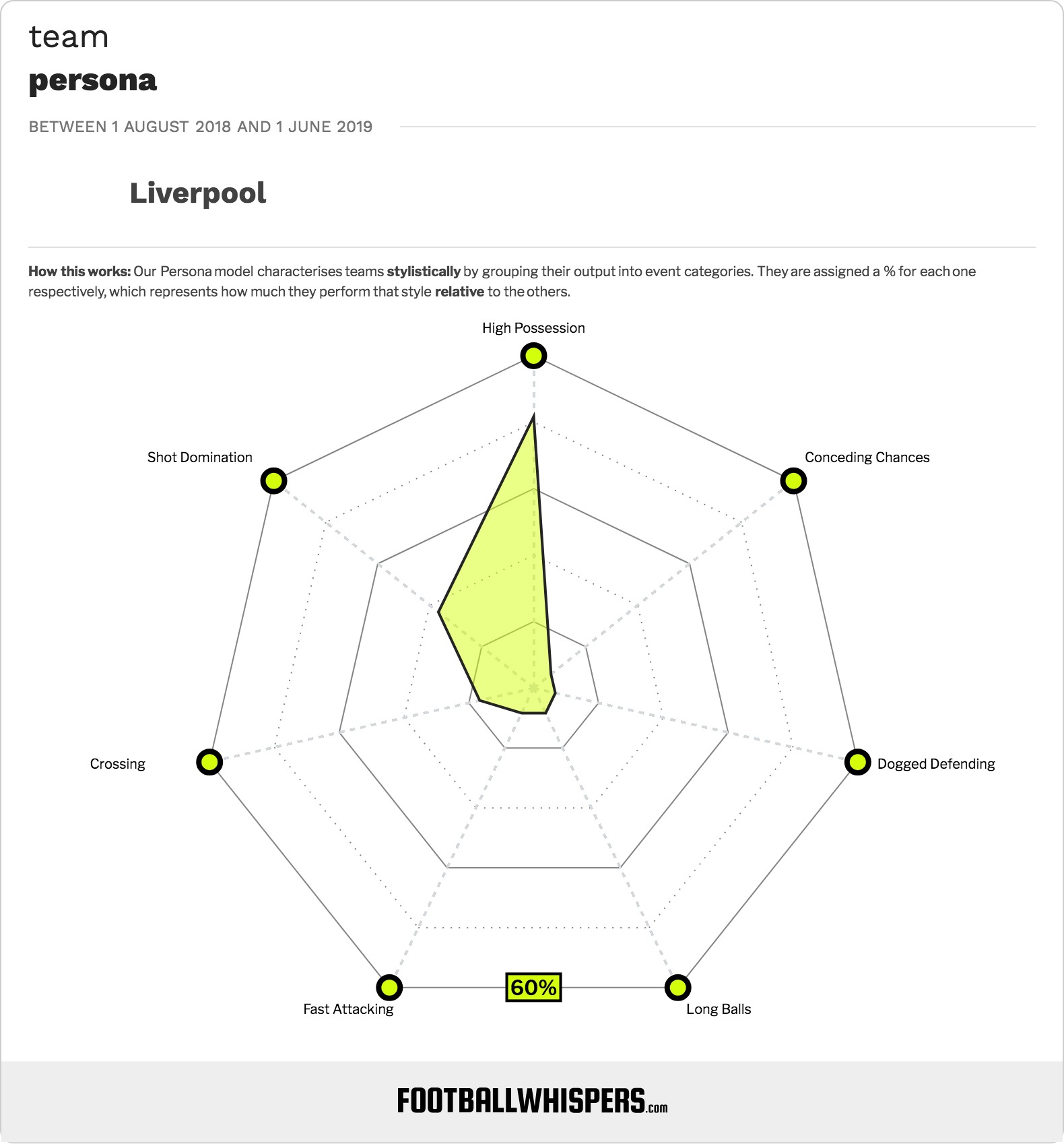 During his first few years with the Reds, Klopp has favoured a 4-3-3 system with two attacking midfielders and Mohamed Salah as a wide striker from the right.

This was a change in tack from his 4-2-3-1 of old, but in some games this season he has reverted to his old favourite.

Fabinho has taken some time to get up to speed, but it’s the Brazilian midfielder who allows Klopp to go back to a shape which has served him so well in the past.

The former Monaco man has finally made his way into the starting lineup after work with the strength and conditioning coaches at Anfield prepared him physically for a season of intense pressing and battling in tough Premier League midfields.

…what I like most about Fabinho is his speed to the ball and his aggression once he gets there. Potentially a tackling/pressing machine. Interested he said Liverpool are trying to strengthen his core and thighs without adding muscle bulk. Presumably to keep him fast and light.

Prior to Fabinho’s arrival Klopp had been using midfielders such as James Milner, who prefers to operate in wider areas, and Jordan Henderson who likes to play in a three man midfield. 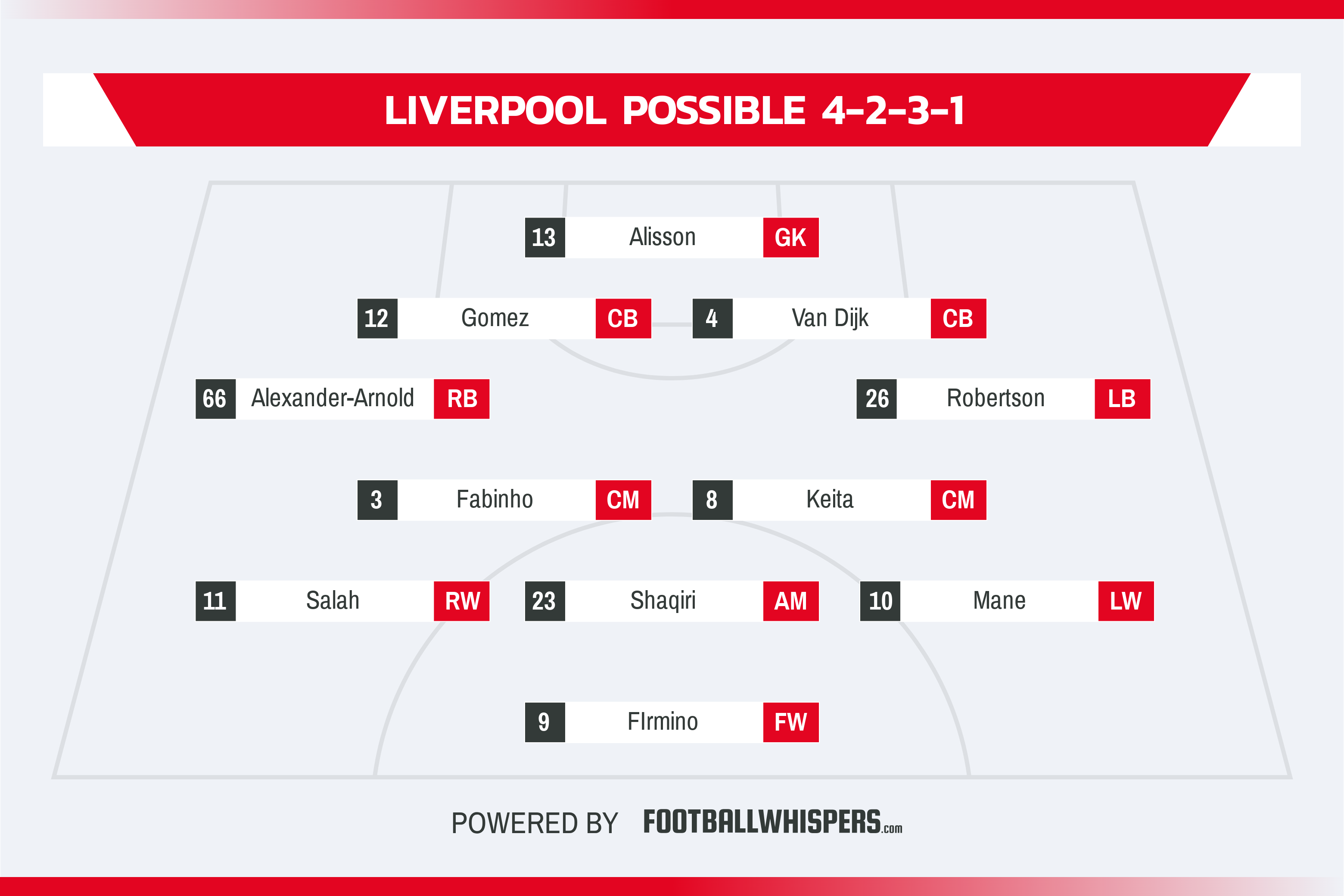 The formation also allows Liverpool to get all their best attacking players in the same lineup. One of Liverpool’s best attacking players this season, Xherdan Shaqiri, can comfortably play wide on the right or as the No 10. Firmino can play any of the four positions but is probably most effective in either of the central ones, though he can do a reasonable job from the left.

Salah has looked good up front, but some of his best play in this position still comes when he’s moving in from those positions in the right channel. Sadio Mane is a shoo-in on the left.

Back to the future

Rather than it being the case that Klopp reverted to a 4-2-3-1 to accommodate new signings such as Shaqiri and Fabinho, it’s probably more a case that the reverse is true, and these players have been bought specifically so Klopp can use this formation more effectively.

Add Naby Keita to the mix, who played in two-man midfields in a 4-2-2-2 during his time at RB Leipzig, and it becomes evident that this is the shape which could help maintain Liverpool’s title challenge,

While the best systems are flexible in their nature, and most coaches will not like to talk too much about specific formations, the framework provided by Klopp’s 4-2-3-1, made famous during his time at Dortmund, could be the best chance his Liverpool side have of catching Manchester City.