Klopp has earned right to trust over Fabinho handling

So far, so very good for Liverpool who sit top of the new Premier League table with three wins from three, possessing the highest goal difference in the division alongside defending champions and favourites Manchester City.

Granted, matches against West Ham, Crystal Palace and Brighton haven’t been a true test of Jurgen Klopp’s side’s capabilities but, considering the struggles of other prominent top-flight teams, those nine points represent a seamless transition from the optimism of last term.

Along with the points on the board, the form of those who could be considered fringe players, such as Gini Wijnaldum and James Milner, and Virgil van Dijk’s continual development towards becoming a genuine world class centre-back, another immensely assuring aspect of August has been how quickly the new signings have bedded in.

Alisson perhaps hasn’t been fully tested but three clean sheets from his first three Premier League matches is as good a start he could have hoped for in adapting to the English game while his shot-stopping and distribution, in particular, has been excellent.

Naby Keita has also lived up to the hype with some driving performances from midfield, giving the Reds an added impetus and energy in the engine room they lacked in 2017/18.

But missing from this list are two of the most established of Liverpool’s summer arrivals: Fabinho and Xherdan Shaqiri. The latter has been signed to give the Reds a Plan B between midfield and the forward line so will have to be patient. His capabilities and qualities in the Premier League are well-established, although it’ll be interesting to see if Klopp can draw more consistency from the Swiss.

Fabinho, however, is a different case altogether. The Brazilian has only made the matchday squad once and that was the season opener against West Ham. Since then Klopp has declined to include the 24-year-old. Cause for concern? Our friends at Football Whispers have explored the issue further.

It’s slightly curious that an international footballer with no injury concerns and five seasons in France with Monaco, in which he made 233 appearances, cannot even make the bench for a Premier League game.

But that’s looking at the situation in binary terms. Because when it comes to Fabinho, patience is very much a virtue for Klopp.

We’ve been here before with Alex Oxlade-Chamberlain and Andrew Robertson. New signings who were gradually eased into first-team action and now are immediately in the conversation when it comes to selecting the Reds’ best XI. 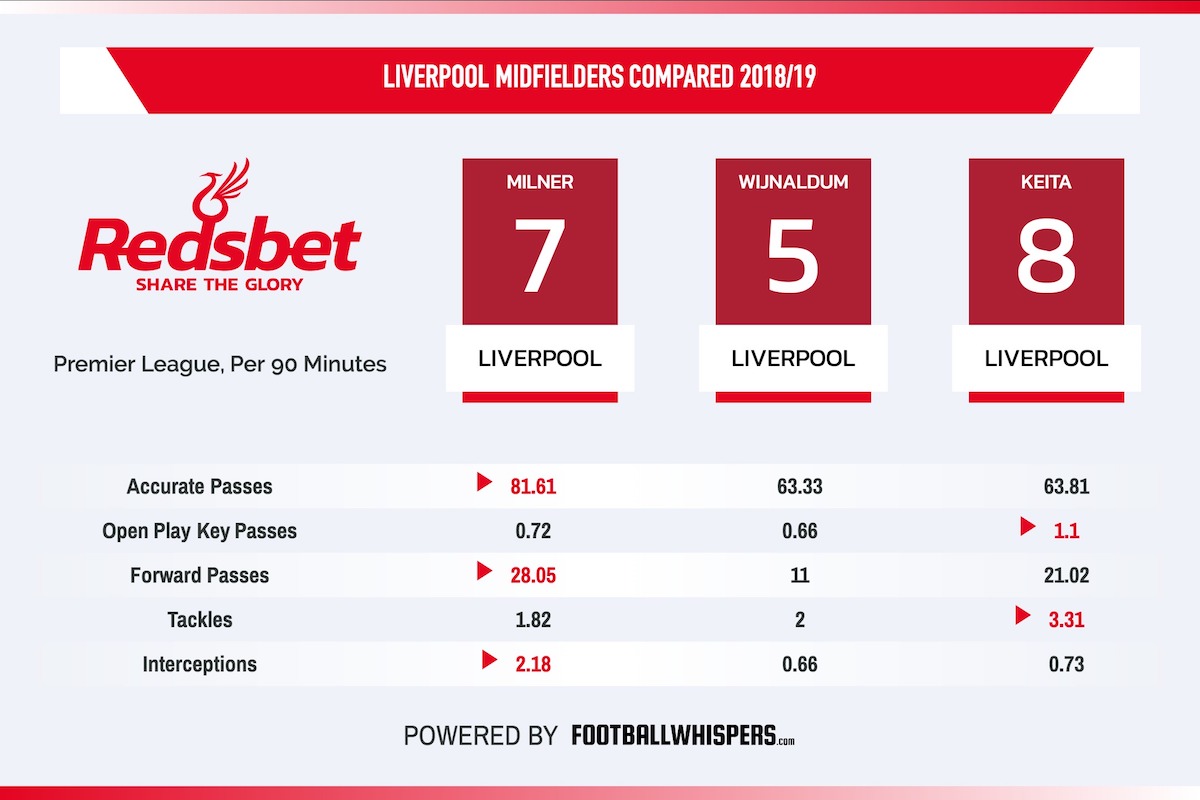 In Robertson’s case, the Scot is in the conversation with Manchester City’s Benjamin Mendy and Chelsea’s Marcos Alonso when it comes to the Premier League’s best left-back. Yet he made three promising starts last season against Crystal Palace and Burnley in the league and Leicester in the EFL Cup and wasn’t seen again until December 2.

Oxlade-Chamberlain was little more present following his £40million switch from Arsenal but, after an inauspicious start to life as a Liverpool player in which he played at right-back at one point,  he emerged as an integral part of Klopp’s side after Christmas.

In the latter case, there was a degree of experimentation going on. Oxlade-Chamberlain’s time at Arsenal was shrouded in debate over his best position. While Arsene Wenger failed to truly find the answer in six years, Klopp took around five months.

Some footballers just need time to adjust: to a new club, team-mates, a city and, in Fabinho’s case, a country, language and culture, bringing his family over from France and having to go through the menial everyday tasks of finding an area and house to live.

It’s taken for granted that footballers are actually human beings who, in the basic sense, are swapping jobs. Your best and top-level performance rarely occurs on your first few months in a new role. There is a reason so few South Americans settled in England in the 1990s.

Clubs have player liaison officers to help make the transition easier, which helps, but the adaptation period ultimately lies with the individual and when they are ready.

There is a pattern here for a reason, though, that goes beyond character and the time it takes for a player to feel comfortable in his new surroundings. At the risk of deifying Klopp’s brand of football, it takes some time to get up to speed. 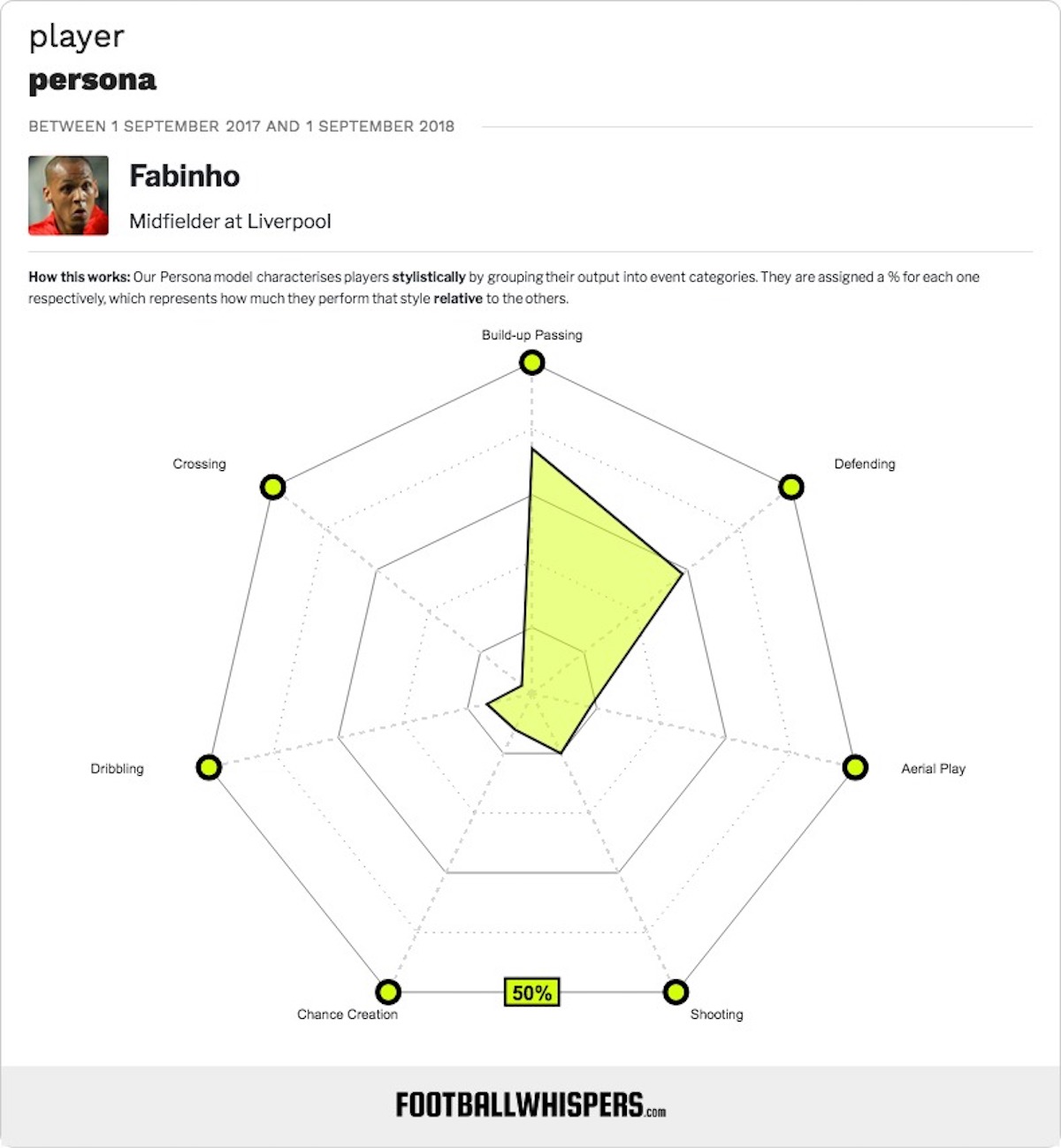 The intensity of the counter-press and the desire to be at full-throttle for 90 minutes is at odds with what many new arrivals are used to – particularly those who have arrived from overseas who also have to factor in the added pace and physicality of the Premier League.

Monaco were playing Champions League football and won the Ligue 1 title with Fabinho an integral member of the side but Leonardo Jardim’s football was nowhere near the velocity of the gegenpress.

In his expected role at the base of midfield he’ll be tasked with controlling that tempo. It won’t be easy and he shouldn’t be expected to do it straight away.

Keita is a different case having been assigned to a role mimicking what he did at RB Leipzig, in a league more similar in style to the Premier League than Ligue 1.

Another reason not to worry is that Fabinho’s absence has coincided with Milner and Wijnaldum displaying arguably their best form in a red shirt. Whether it be the additional competition for places or the arrival of Keita, Liverpool’s midfield unit has been excellent so far.

Their performances have ensured Fabinho isn’t necessarily required at this stage, giving the Brazilian ample time to get up to speed and gradually be introduced into the fold when it really matters in the second half of the campaign.