There’s plenty of criticisms you can make of Twitter, but immediacy isn’t one of them.

From the first footage of the dramatic crash landing on the Hudson River to the unlikely live tweeting of the raid that killed Osama Bin Laden, Twitter has it first, fast and now. But no news has broken as quickly as Loris Karius letting a ball squirm from his grasp as Liverpool warmed up for their pre-season game at Chester. Karius to start for Liverpool against West Ham is 20/27.

As the BREAKING NEWS from the Deva Stadium ricocheted around the world, the overnight concussion experts returned from their six week absence to once again espouse their knowledge of a condition that the medical profession does not yet fully understand. Just follow the musings of Tony, 29, a Manchester United fan from St Albans. He can give you the full lowdown on concussion.

LFC Twitter imploded after last night’s latest catastrophe against Tranmere and it’s hard to watch. It was an atrocious mistake from a goalkeeper who has lost all of his confidence. It was a bread and butter save  and he has just spilled it straight to their lad. When JabroniBible or whoever have got their hands on the footage, this has also gone viral and the world is falling about themselves laughing again. This isn’t a robot, this is a human being and one we’re actually putting under more pressure by playing.

These may be tongue in cheek observations from someone who is fed up of concussion being treated as a running joke, but the reaction to this warm up footage and of course the Tranmere error affirms to me everything I have thought about Loris Karius.

It’s more about the attention that it has caused than the actual incidents – it’s ultimately meaningless pre-season afterall. We may well live in a viral, digital age where any jamook can make an unfunny comment that can make its way around the world. But we’re in a position where Karius is being scrutinised beyond all levels and already, enough is enough.

With Jürgen Klopp of the opinion that a new goalkeeper is not of the highest priority to him, we are going to see every Karius performance analysed in unprecedented levels of detail. It isn’t fair on him. I will personally not go racing to forgive him for what happened in Kiev by any means but he’s a human being. The reaction to these two “viral” errors leads me to believe more than ever that we are making a serious mistake by not signing a new number one.

Simon Mignolet will likely be off once he returns from the World Cup, but I would be surprised if we decided to replace him. Danny Ward will likely be made the outright number two goalkeeper. But the whole bluster about Klopp “offering redemption” is just that – bluster. I personally think we are leaving the young German open to all kinds of pressure. 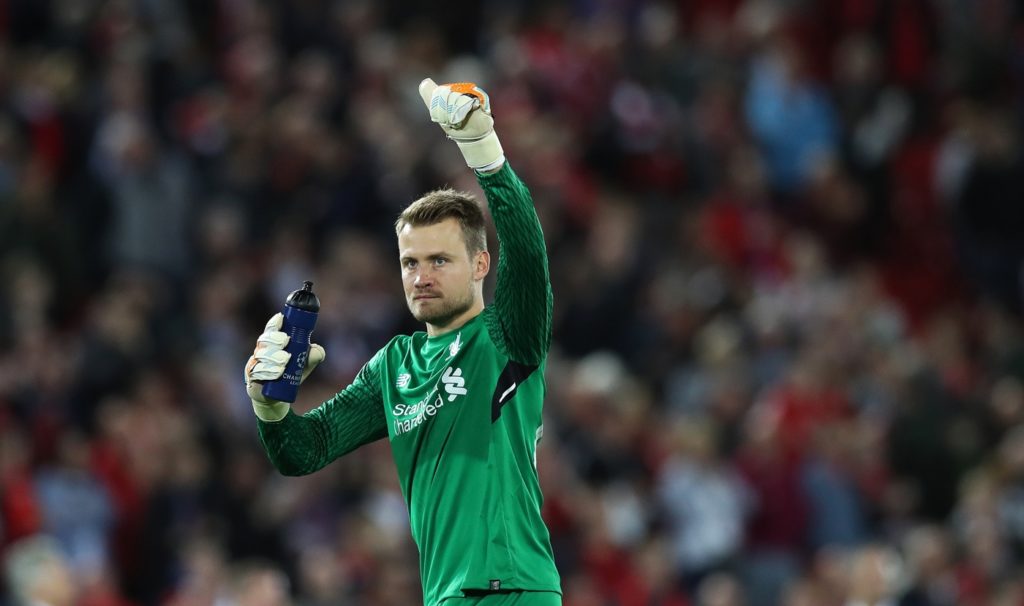 Simon Mignolet is likely to leave Liverpool this summer.

There is no excuse for us to not buy a new goalkeeper, and by that I mean as a new number one. I’m not declaring open warfare on our recently much improved transfer strategy by any means but I cannot possibly disagree with Jürgen Klopp over this issue any more than I do. I think it is borderline irresponsible to allow Karius to be exposed to the amount of criticism and ridicule that will come his way.

After a bumper season for Champions League prize money and revenue from the new Main Stand, there is no excuse for money to be an issue. With Roma’s Brazilian number one Alisson Becker being heavily linked at fees in excess of £70m, I don’t deny these prices are eye-watering for a goalkeeper. But with Klopp of the view that he signs his first choice target or anybody, surely you have to question why we have arrived at the conclusion that it’s Alisson or nobody? Alisson to join Liverpool this summer is 7/1.

The Brazilian is obviously a good player, but I don’t think I have seen him make a save of any note and he certainly didn’t react quickly to the Fernandinho own goal in the shock 2-1 loss that Brazil suffered at the hands of Belgium. He scarcely set the World Cup alight.

I have also seen plenty to suggest that the rigours of the Premier League might not be suited to his game – he is often less than convincing when coming for crosses and that has undone many good goalkeepers in this country.

Liverpool to win the league next season is currently at 5/1.

But is he really the only improvement that we can find? I can completely recognise what Klopp sees in Alisson. He is tall, good with the ball at his feet and quick off his line which is the kind of keeper that we want. It enables us to play with a higher defensive line as a goalkeeper quick off the mark will be on hand should anyone get behind our back line.

However I don’t believe for one moment that Alisson is the only goalkeeper out there who can improve us. I don’t buy the “Alisson or nothing” mantra. I understand that approach with van Dijk because he was clearly an outstanding purchase that we had done a lot of groundwork to buy. We just needed to be patient.

But we have evidently not done any groundwork on a new goalkeeper and I find that very concerning. Klopp obviously knows the situation better than us, but I do personally think that we are putting a lot of pressure on Karius. I admire Klopp’s intentions of trying to put an arm around him, to try and rehabilitate him and try and erase the memories of Kiev.

But unfortunately in today’s world where people want instant news and where Gary from Dover who supports Spurs, loves top bantz and is a concussion expert has a view and will make sure it is heard, it’s going to be nigh on impossible for Karius to move on. Bringing in a new goalkeeper might actually extend the German goalkeeper’s stay on Merseyside, not shorten it.

When he makes a mistake in competitive this season (and he will, because all goalkeepers do) the noise will become deafening. We need a new goalkeeper and this summer constitutes a great opportunity to get one. Unfortunately, we seem set on holding what we have.

Loris Karius could well be the goalkeeper for Liverpool Football Club next season.