There was a good reason Gareth Southgate called Adam Lallana up to his most recent England squad, despite express doubts over the midfielder’s fitness and a lack of significant game time recently at Liverpool.

Southgate knows Lallana represents something different in English football; a creative, technical player who thinks differently and has progressed through his career using his football brain as much as any other attribute. He is a precious commodity.

In Russia, and throughout much of modern football, the national team have suffered in major tournaments due to a lack of individuals possessing the composure to put their foot on the ball and control games by altering the pace.

Lallana is just such player and had it not been for his hamstring injury he would have probably replaced Jesse Lingard in Southgate’s starting XI at the World Cup. Here, our friends at Football Whispers look at whether Lallana deserves more time at Liverpool.

Despite this vaunted platform Lallana finds himself at international level, there doesn’t seem to be a place for him at club level.

Back Liverpool to win their next three Premier League games at 7.50 with RedsBet *

Jurgen Klopp has reshaped his midfield in order to turn the Reds into bona fide Premier League title challengers, with emphasis placed on the role of summer acquisition Naby Keita.

The Guinea midfielder is the energetic presence in the engine room Klopp has craved, providing a link between deeper possession and the work of Liverpool’s front three.

Although Keita may not outwardly exude the same class in possession, his stamina and sheer drive with the ball at his feet has created a bridge in the centre of the field.

He’s been ably supplemented by the surprising early-season form of James Milner and Georginio Wijnaldum who, along with left-back Andrew Robertson, have designs on becoming  Liverpool’s players of the season.

With Fabinho also to come into the side, Xherdan Shaqiri also offering an attacking threat and ability as a playmaker plus Alex Oxlade-Chamberlain potentially making a return to towards the end of the campaign, there is a logjam in an area of the field where the Reds once looked at their weakest. 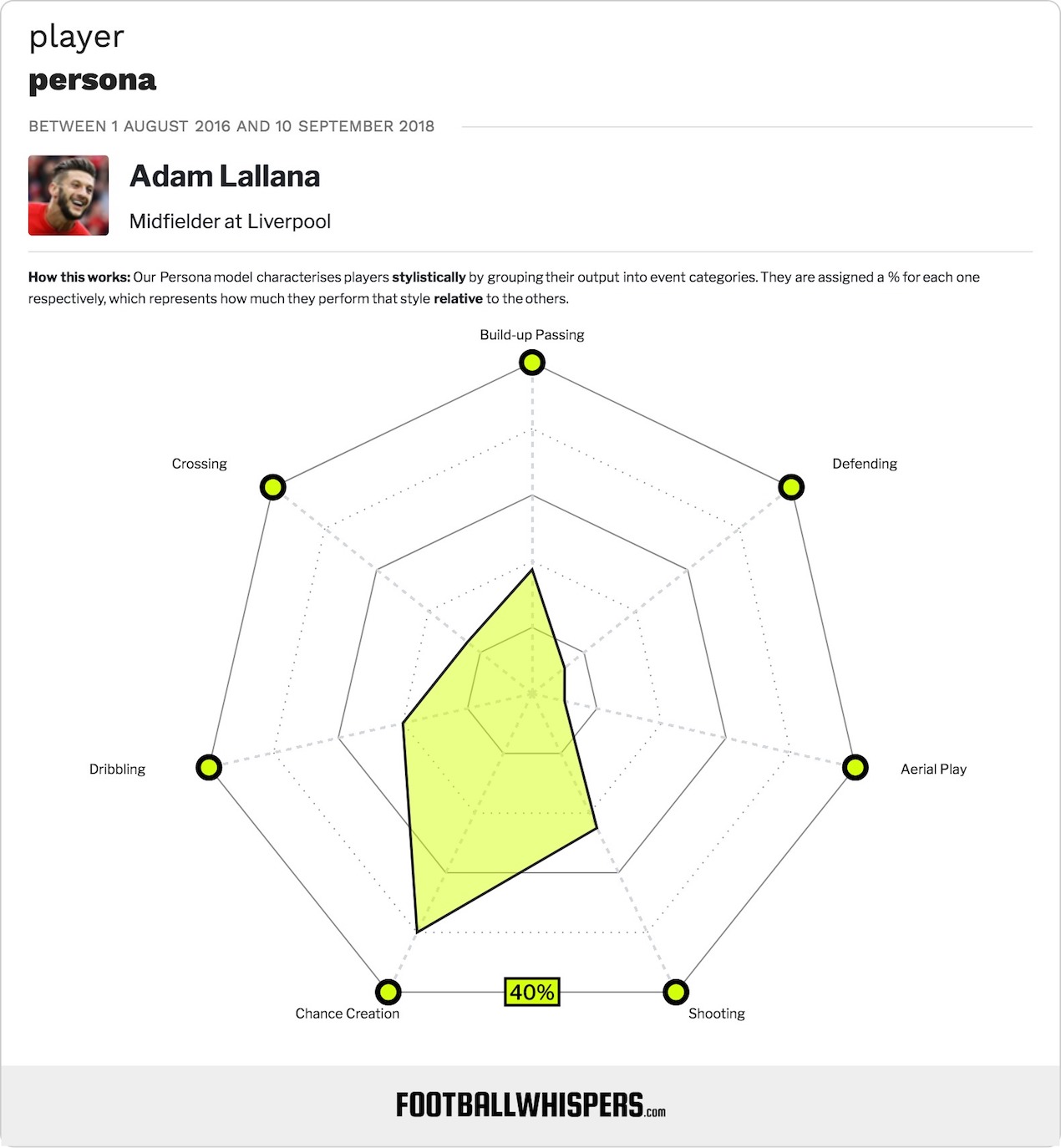 However, Lallana is not like the rest, which is why despite his persistent injury issues Klopp maintains faith in him.

At 30, there must be concern that these setbacks are becoming the norm and that if he were to stay at Anfield, Lallana’s time at the club would come to be defined by the number of games he didn’t play rather than did.

Since the start of the 2016/17 season he’s suffered five injuries, including three hamstring problems, that have kept him out for a total of 42 matches. But just like Southgate continues to hold the door open for a fit Lallana to return, so does Klopp.

The question is, should he still? Given the extra resources at his disposal and considering the sheer volume of games in which he’s not been able to pick Lallana. At some point, he stops becoming an asset and instead becomes a hindrance to the German’s overall squad planning.

But, as is the case with Southgate, the Liverpool manager knows Lallana provides something the other midfielders don’t plus he also fits into the new concept of flexibility at the club.

Although so far Klopp has stayed true to the 4-3-3 system he deployed throughout much of last season, eventually, he will start to tinker and experiment and adopt different formations to counter and/or influence the strategy of opposition teams.

Lallana is a malleable player in the sense he can operate in a midfield role, provided there is adequate defensive protection, can also be stationed on the wing, using his trickery and dribbling or can be a playmaker behind the forwards, at the head of a diamond or in a 4-2-3-1.

Back Liverpool to win the Premier League title at 3.65 with RedsBet*

Cutting your losses is all well and good, assuming a club can be found to accommodate Lallana’s wages and squad expectations, but if Liverpool were to sell him they’d have to find a replacement which is often easier said than done.

Lallana is a popular figure in the dressing room, represents continuity with past incarnations of Klopp’s Liverpool and gives the club and team a sense of identity plus evolution needs to be gradual; too much chopping and changing upsets the squad harmony.

In his 12 Premier League appearances last season, just one as a starter, Lallana’s 2.68 open play key passes per 90 were good enough for third in the division behind only Eden Hazard of Chelsea (2.81) and Arsenal Mesut Ozil (2.74).

His 2.29 successful take-ons would have placed him in the top 30 midfielders, his expected assists of 0.21 at 27th and his overall expected goals contribution of 0.53 also at 27th. All achieved with sporadic minutes won here and there over the course of the season.

It’s a small sample size because of the injuries but is enough to display why Klopp and Southgate remain patient and hold out of hope of having a fit Lallana for a sustained period of time. Because for club and country he’s a potential game changer.