All Liverpool’s ducks are in row to make it four Premier League wins on the bounce.

Jamie Vardy, one of the few remaining emblems of Leicester City’s crowning as Champions in 2016, misses tomorrow’s early kick-off through suspension after a red card against Wolves.

That astonishing title win two years ago still beggars belief; against the steepest odds from the outset but never wilting or wavering once it finally looked “on”. There’s a lot to be said for being free of the burden of history and for the Foxes’ rank outsiders none of the heebie jeebies that affected Liverpool in 2014 darkened their dressing room door.  One of the ways this latest Red incarnation can face that title challenge is by building an impregnable lead; a pipedream perhaps but one which guards against “slips” on the run-in. Three wins to date and another in the East Midlands can only build on that ideal notion.

The Reds’ opponents tomorrow have been steadily pilfered of their biggest names – the departed Riyad Mahrez now looking to emulate Ngolo Kante by winning a league title with different clubs – but have remained competitive and have six points on the board already. After an opening loss at Old Trafford, wins over Wolves and at Southampton last weekend have them bracketed once more in that group of teams, outside of the big six, who might be labelled awkward opposition.

Despite Vardy’s absence, Jurgen Klopp will be banging the complacency drum again. After thumping West Ham, his charges have simply “done the business” at Crystal Palace and against Brighton. While some still fret over a fabled front three that is yet to fully ignite, the defensive unit is waiting to be tested and Alisson Becker’s line still to be breached.

Alisson Becker to save a penalty vs Leicester 20/1*

Tomorrow’s lunch-time fayre might hinge on the midfield battle. The Reds – with a full week still separating fixtures at this early juncture – are likely to be unchanged. Leicester, with Claude Puel still seeking full acceptance from the home fans, prefer a 4-2-3-1 formation. Will Gini Wijnaldum, who has ticked over superbly so far, Naby Keita and evergreen James Milner outnumber Nampalys Mendy and Wilfred Ndidi in the centre and dominate the ball? 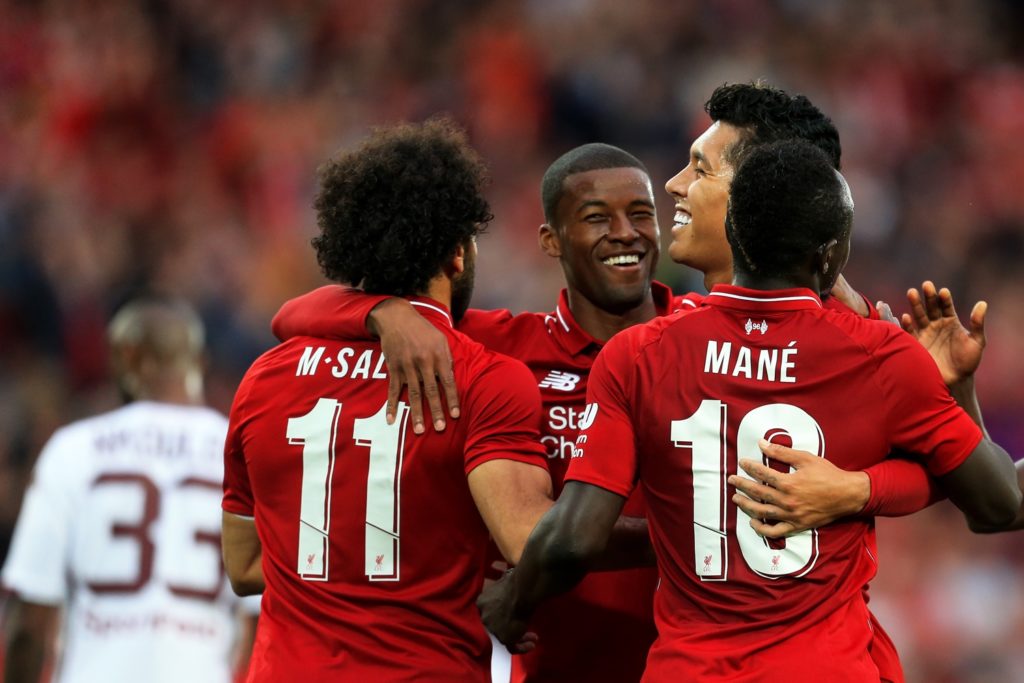 While the rest of the Liverpool squad – Mohammed Salah and Roberto Firmino are the prime examples with a monumental 2017-18 shift plus a World Cup still in their legs – still seek match sharpness, Klopp has turned the volume down on the heavy metal. So far, Sadio Mane has largely carried the attacking fight while his partners in crime have used the opening fixtures as an extended pre-season tune up. That said, Salah already has two league goals in three games – both times opening the scoring – as he faces up to last season’s mammoth goal standard.

Leicester – once a Reds bogey team back in the 1960s and 1970s – has never been an easy place to go. Rickety old Filbert Street with its back alleys and shallow wooden stands was a cramped arena unfitting for the scoring talents of Gary Lineker or the silky skills of the great Frank Worthington. Worthington, a mercurial striker who nearly signed for Liverpool until Bill Shankly got wind of his extra-curricular lifestyle, definitively belongs in a lost, hedonistic football era.

The King Power Stadium, in situ since 2002, is considerably more clean-cut than the old ground and old heroes but it can still make a racket. One of a breed of samey-samey new-builds dropped into the nowhere-land of suburbia but with strong acoustics, it’s a ground with noise and a fast beat that sometimes lends itself to helter skelter football matches. The home fans really get behind their team, even if those clapping contraptions foster an annoying din that is more Henley Regatta on speed than Anfield.

Leicester versus Liverpool always has that classic aesthetic of all Red against blue, enough to fan the flames, even early in the day. The Reds haven’t been flawless so far but therein lies the promise of this season. However, another win and twelve points in the bag from this critical season segment  will represent perfection. The sight of Liverpool atop the Premier League during a period of reflection during the international break would do wonders for the psyche, for us and our rivals alike.

Liverpool to win (vs Leicester) and BTTS 9/5*