It’s been a tough start to the season for Roberto Firmino.

The likeable Brazilian has struggled for form after enduring a difficult World Cup. Inexplicably behind Manchester City’s Gabriel Jesus in the pecking order, Firmino was limited to substitute appearances despite his excellent campaign for Liverpool in which he netted a career best 27 times.

He has looked scratchy and short of form in the early parts of this season which given the minimal pre-season he has had is understandable.

Whilst the enduring image of his performance against Spurs will be the gruesome eye injury that forced him off the field, this is a disservice as the Brazilian was one of the best players on the pitch and he has gone a long way to getting himself back on track.

Firmino is of course so central to the way that Liverpool play – he drops deep, he pulls defenders out of position, he’s strong and holds the ball well and his link up play is superb. And of course, he has developed a ruthless streak in front of goal which was perhaps a criticism of his game until last season.

He has now netted in two consecutive league matches for the Reds and he also grabbed a goal on his international appearance for Brazil in their friendly last week. It’s taken a lot of scratching around but I think the signs are there that Firmino is close to getting back to his best. 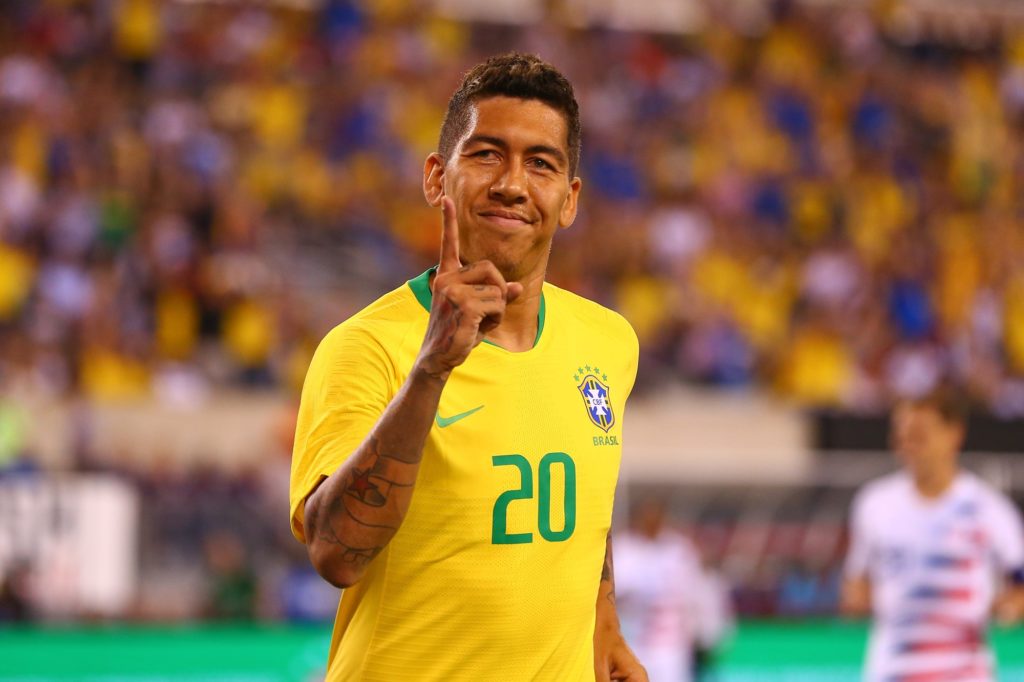 That’s not to say I am basing this off a tap in from 2 yards – the goal was a simple one but his all round game was what impressed me most. He did score at Leicester before the break but didn’t play well in that game.

In a match that we completely dominated, Firmino was central to our play. His quick lay offs and ability to inject himself into the game caused Spurs real trouble from the off. He was the man of the match in many outlets and my own personal pick.

He was very unfortunate to have a goal disallowed in the opening seconds at Wembley, but the flag correctly went up against Sadio Mane. It was a sign of things to come though as Liverpool’s front three would cause havoc all afternoon.

As far as I’m concerned, Firmino has found the extra game time during the international break to be  helpful as it is another match under his belt in his pursuit for sharpness and full fitness. His game time for Brazil might prove to be something that kickstarts his season for us and we need a fully fit and on form Roberto Firmino.

He is expected to play against Paris St Gemain on Tuesday, though there are some concerns about his eye injury. The clash with Jan Vertonghen resulted in a nasty finger to the eye for Firmino. It was totally accidental and the Belgian had no intention to cause injury, but it did force him from the field. And Michael Oliver being Michael Oliver, the result was a free kick to Spurs. I can look back at this fact and laugh now, I certainly wasn’t on Saturday!

The PSG game is in fact a great opportunity for Bobby to underline just how much he has started to come into form. He netted 11 times in 15 Champions League games last time out and I wouldn’t be one bit surprised to see him open the scoring against the French champions.

I just hope that he continues to improve weekly because once he gets back to last season’s form, Firmino is one of the most dangerous players in the league and it’s great for us to not only see him play well for the first time this season, but scoring too.