Don't be expecting Rafa to be doing us any favours... 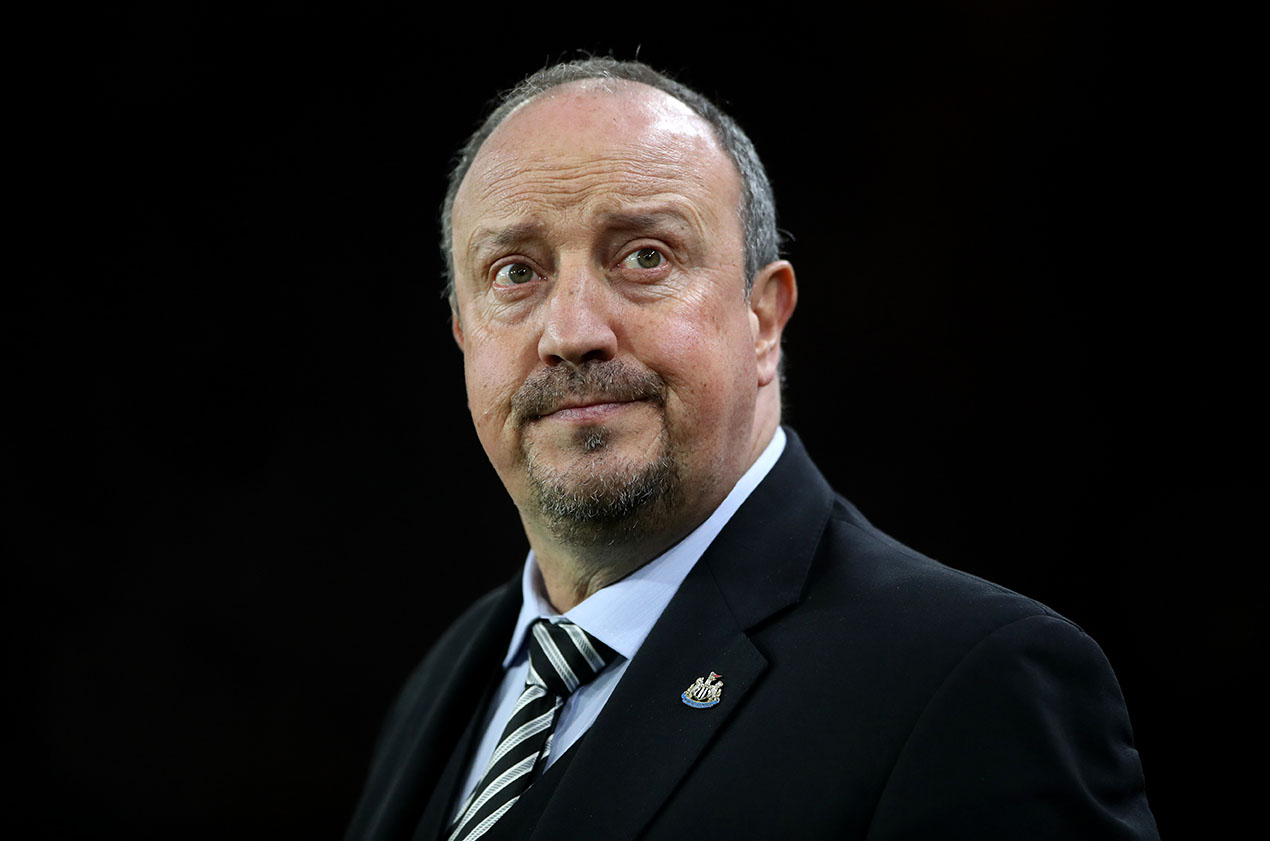 Liverpool make the trip up north to face an in-form Newcastle United side as they bid to return to the top of the Premier League table.

Though Jurgen Klopp will undoubtedly have the second leg of the Champions League semi-final in his mind, the German tactician won’t take the visit to St James’ Park lightly. With a potential first-ever Premier League title up for grabs, Liverpool will want to return home from their trip on Saturday night with all three points.

But they can’t expect any favours from former manager Rafael Benitez. Though Newcastle are safe, they can still finish as high as 11th if results go their way. The higher they are up the table, the more prize money they get meaning Benitez’s hands aren’t as tied in the transfer market.

Ahead of the match, we take a look at what the Reds can expect when they face off against the Magpies.

Find all of our boosted odds for Newcastle vs Liverpool here

Steady would be the best way to describe Newcastle’s recent form. The Toon Army have won five of their last ten and are unbeaten in three. In the last 15 matches they’ve played, they’ve lost just five times.

The defeats came against Chelsea, Tottenham, Arsenal, West Ham United and Crystal Palace. Losses to the former three, all battling for a top-four place, is nothing to be ashamed of but Benitez will be disappointed with the results against teams he probably considers to be rivals.

In that period, the Magpies have beaten Manchester City, Everton and Southampton to ensure Premier League survival for yet another season. A remarkable feat given the budget Benitez was given.

The last meeting between the two sides finished in a 4-0 win to Liverpool. But a lot has changed since then and Newcastle haven’t conceded more than two in a single match in the meantime. 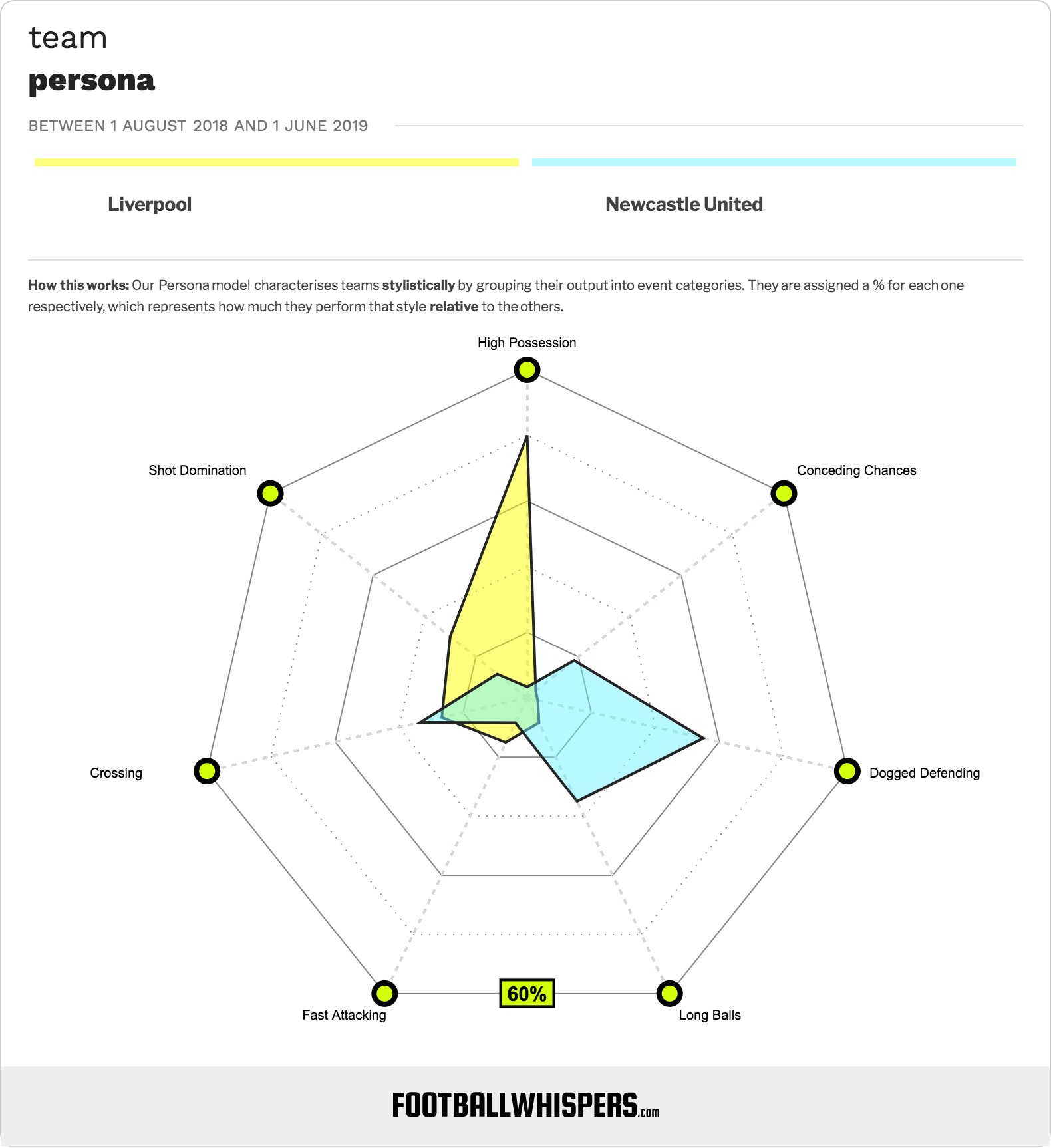 The Magpies are a powerfully put together team. In both penalty areas, they’re aggressive and dominant. Benitez’s side have conceded fewer goals than Arsenal, Manchester United and Leicester City – they’re a tough nut to crack.

Newcastle are direct and attempt, on average, 70.94 long passes per 90 minutes – the second most in the league. With eight goals, they have the most prolific defenders in the Premier League and pose a real threat from set-pieces. Fabian Schar and Ciaran Clark have three goals each this term in the English top flight.

While Salomon Rondon is famed for his aerial prowess, the on-loan West Brom man has only scored two headed goals this season. However, that does account for 22 per cent of his goals, so make of that what you will.

Newcastle struggle to create chances. They’re ranked 17th in the league for big chances created (0.91 per 90), and this plays a part in them ranking 15th for overall expected goals this season (44.32)

The struggle to get the ball into the final third and when long balls fail, which might happen if they come up against Virgil van Dijk, they don’t really have a plan B. They average 11.91 dribbles per 90, only the 18th-highest in the league, and play just 144 passes forward, the second-lowest amount in the English top flight. Their 18.05 touches in the box puts them 16th for that metric.

Perhaps the most alarming stat for Newcastle is the fact they manage, on average, just two passes per possession. Only two teams average fewer and it points towards them being fairly wasteful when they do have the ball. This makes them easy to dominate in terms of possession and means teams can pin them back with relative ease. 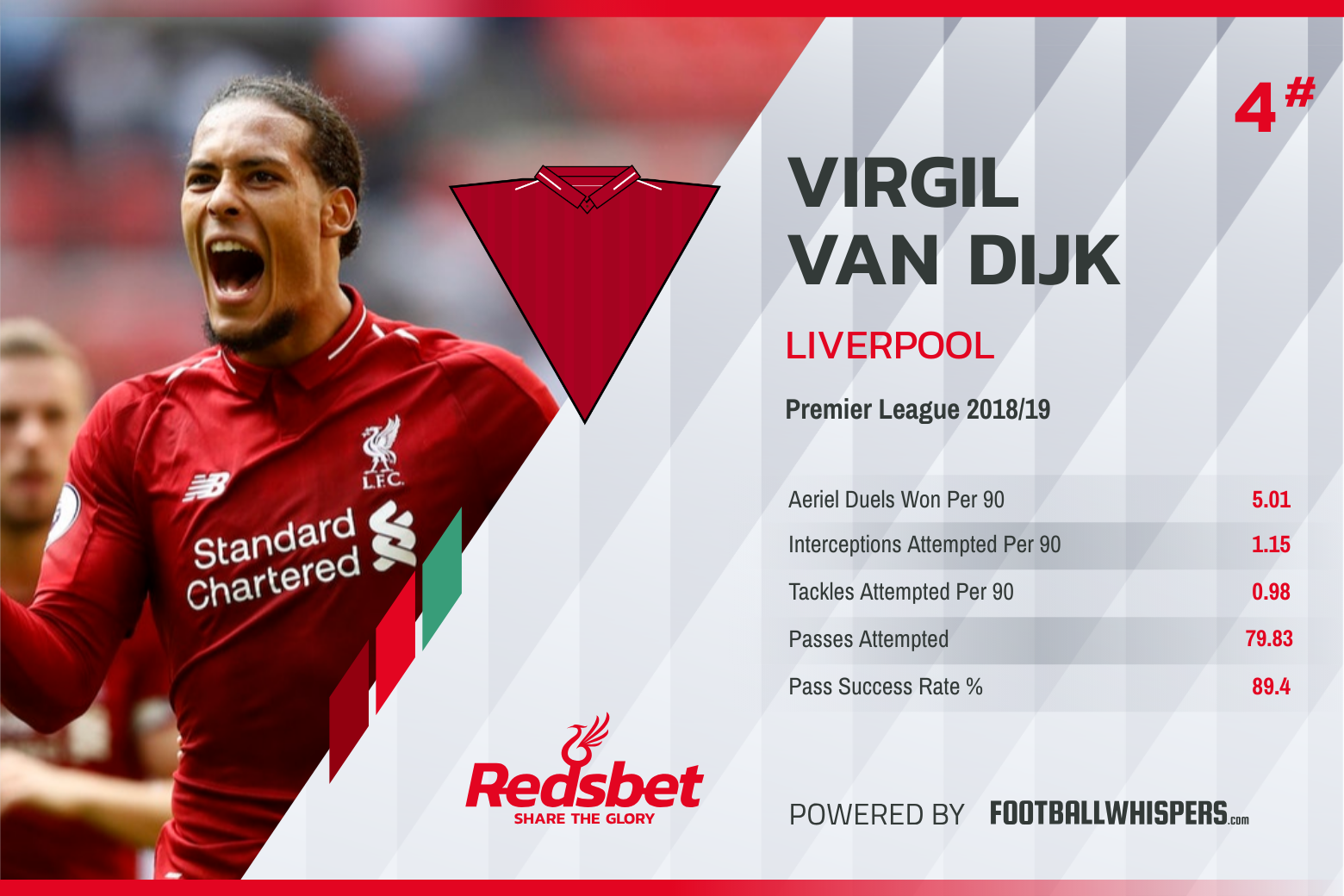 It will be the battle of the centre-backs at St James’ Park with Van Dijk looking to nullify Rondon, and Jamaal Lascelles the man likely tasked with stopping a rampant Liverpool forward line. The Newcastle United captain, once linked with a move to Liverpool, is almost as dominant as the newly named PFA Player of the Year, winning close to five aerial duels on a per 90-minute basis.

While the Reds aren’t the most direct team in the world, a number of their goals this season have come from crosses into the area. If Lascelles is able to stay on his toes then he could cut off the supply line to the likes of Sadio Mane, Roberto Firmino and Mohamed Salah, if the feared trio all start.

The Newcastle man’s ability on the ball isn’t a necessity like it is for Van Dijk, but the former Nottingham Forest man can still pick a pass. Liverpool would be smart to stop him playing out from the back where possible.

The Reds have been perfect in the Premier League recently and under normal circumstances you could expect that run to continue on Saturday. But with this tie sandwiched between the Champions League semi-final, Klopp may opt to rotate and this could have an impact on momentum.

This Liverpool side have been ruthless over recent weeks, finding different ways to eke out wins so a win on Saturday still should be on the cards. It just might not be as comfortable as many anticipate.

Keita-Sturridge bond can get striker back to his best