Our accumulator for the Quarter Final Second Legs of the Europa League on Thursday including betting tips for Napoli, Arsenal & Benfica! 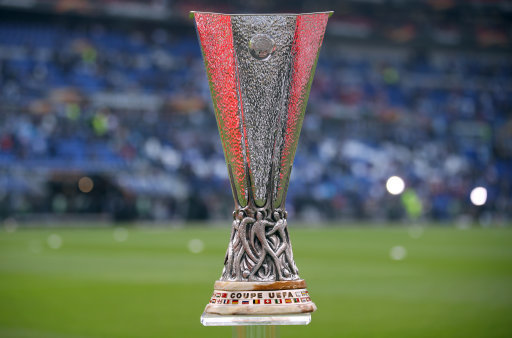 Boss not being in the Europa League, isn’t it?

None of our business anymore, its gone under the radar because we have bigger fish to fry but we have already qualified for the Champions League for next season, so Europe’s second tier competition remains none of our business for another season.

It means we can sit back and enjoy watching the teams scrap it out for that big dock off silver vase.

Get on our Europa League Accumulator at 7/4* here!

We’ve arrived at the interesting part of the competition and there are still some big teams left in the competition, including Napoli, Arsenal and Valencia.

Here are our betting tips and corresponding accumulator for Thursday night’s action as the last eight become four.

Arsenal’s win away at Watford on Monday night was hardly all that convincing, benefiting from a goalkeeper error as well as an early red card, though it still only leaves them W3-D3-L7 on their travels since the start of December.

Like the Gunners, Napoli are much better on home turf and should put in a far greater performance than the one they mustered at the Emirates last week. They’re W16-D5-L1 at the Stadium San Paolo this term, including a win over Liverpool and a stalemate with PSG in the Champions League group stages, while Juventus were the only side to beat them on their own patch.

Teams that have gone down 2-0 away in the first leg of Europa League knockout ties are a much better W12-D7-L3 in the return games since 2010/11, which includes five consecutive wins since 2016/17.

Moreover, there’s further encouragement to be had for Napoli as despite a reputation for Italian sides not treating this competition seriously, English teams have fared poorly when travelling to Italy in Europe’s second-tier tournaments.

They’re just W3-D4-L11 in such games since 2001/02, with eight of those losses coming by at least a two-goal margin, while seven of nine knockout games over this period have ended in defeat for the English outfit.

Valencia take a commanding lead into the second leg having netted three away goals and have since followed that up win with another 3-1 success over Levante domestically.

Villarreal returned to winning ways at the weekend with a more modest 1-0 victory over another bottom-half outfit in Girona, though that was their first win in five as they lost three of these games and conceded a bucket load of goals.

The hosts have now lost just once in 20 matches, winning eight of the last 11, while at the Mestalla alone they’ve won 14 of 19 unbeaten matches since early November.

Further, teams that have lost 3-1 at home in the first leg of a Europa League knockout tie are a poor W2-D3-L9 in the return legs since 2009, also trailing at half-time in seven of those defeats. Given all that, plus a greater number of absentees for the visitors, we’d expect Marcelino’s men to cruise to another win as Villarreal open up in search of crucial away goals.

Eintracht Frankfurt entered the first leg full of confidence having won eight of nine unbeaten matches in all competitions heading into that clash, but they’ve been rocked this week by 4-2 and 3-1 defeats at the hands of Benfica and Augsburg respectively, with the latter result coming on home turf.

Meanwhile, Benfica have now won six of their last seven as they netted four times in four of these games, and that impressive output should steer them through the second leg, even though we expect them to go down over 90 minutes in Frankfurt nonetheless.

Portuguese outfits have lost a terrible 11 of 13 trips to German sides in Europe since 2014/15, with Benfica themselves losing all four of their games over this period.

In fact, the visitors are just W4-D2-L8 on the road in Europe since 2016/17, and though all but two of these fixtures came in the Champions League, they’ve still lost to the likes of Basel and CSKA Moscow, as well as Dinamo Zagreb in the previous round this season.

They haven’t produced any major scalps to boast about, while teams that have lost either 4-2 or 5-3 in the first leg on the road have won eight of 10 return legs since 2001/02 in Europe’s second-tier competitions.