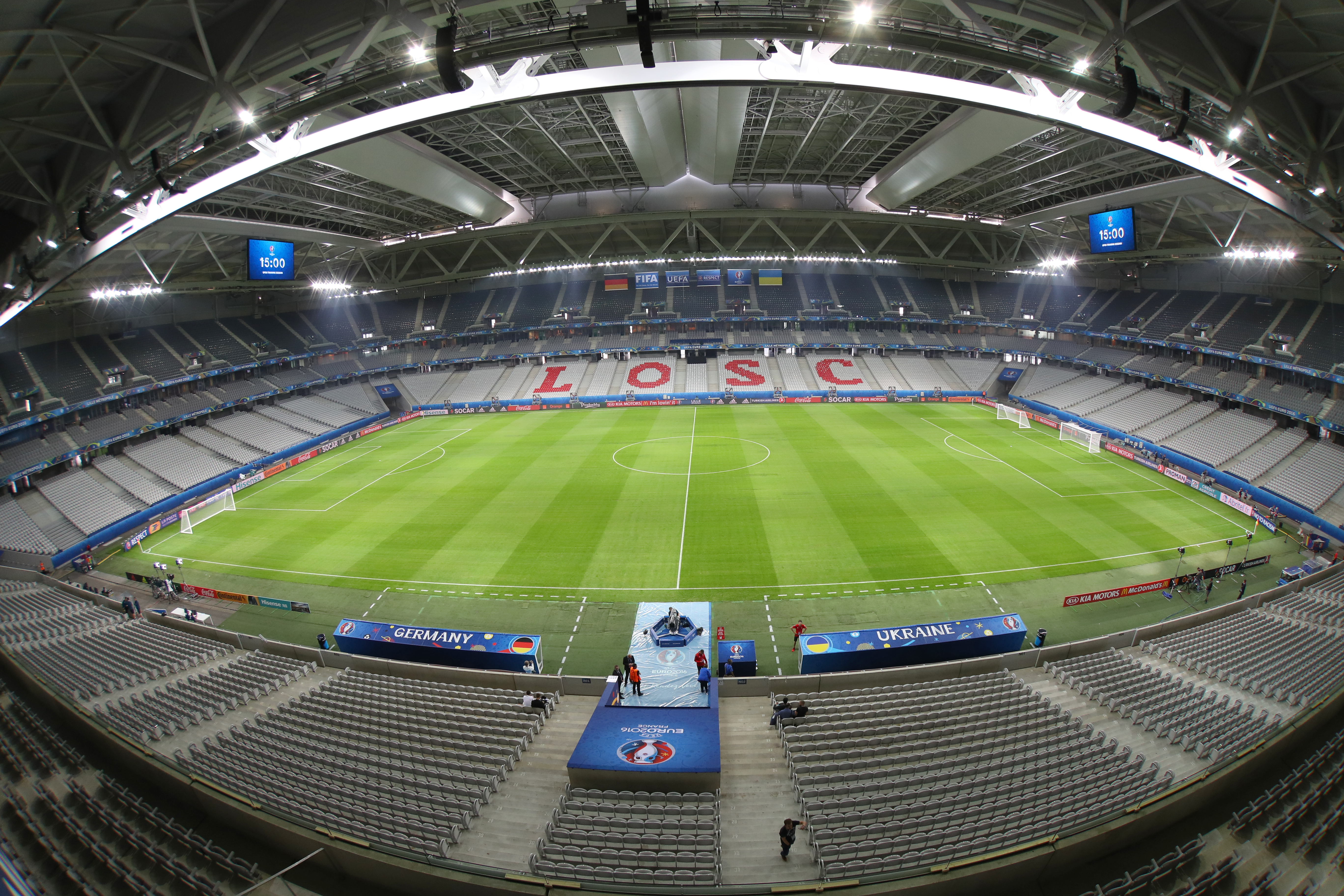 The Stade Pierre Mauroy soccer stadium in Lille, France, is seen on 11 June 2016 prior the Germany training. Germany will face Ukraine during the UEFA EURO 2016 on 12 June 2016. Photo: Christian Charisius/dpa (RESTRICTIONS APPLY: For editorial news reporting purposes only. Not used for commercial or marketing purposes without prior written approval of UEFA. Images must appear as still images and must not emulate match action video footage. Photographs published in online publications (whether via the Internet or otherwise) shall have an interval of at least 20 seconds between the posting.)

Its the final of French football’s equivalent to the League Cup as RC Strasbourg take on EA Guingamp at Lille’s State Pierre Mauroy stadium on Sunday.

Form Labs are here to bring you RedsBet’s Betting Preview for the silverware-laden fixture with a range of enhanced odds & markets for the game on our site.

PSG’s domestic dominance has seen them win the past five editions of the Coupe de la Ligue, but their stranglehold on the tournament has come to an end after Guingamp shocked them at the Parc des Princes in the quarter-finals back in January. Each of those past five finals saw a minimum of three goals, but inevitably the vast bulk were netted by the Parisians and this time around the difference between the two competitors should be minimal.

This is Strasbourg’s only meaningful fixture left this season as they’re comfortably embedded in mid-table, completely safe from relegation but eight points adrift of fourth-placed Marseille in the final European spot. By contrast, every game is crucial for Guingamp as they’re mired in the relegation zone, seven points shy of Amiens with just nine league fixtures left, though they’ll still be giving this clash everything they’ve got and a win here would hand their survival hopes a huge confidence boost.

We’ll have a lucky charm on our side at the @CoupeLigueBKT final on Saturday — Arsène Wenger will be there for the opening ceremony! 🍀 https://t.co/HbhuHqRzX1

They can take encouragement from their recent head-to-head record with Strasbourg, winning two of three encounters since the start of last season as the exception saw their opponents net a late equalizer. All three of these meetings saw fewer than three goals and with each of Guingamp’s last five against anyone featuring just one strike or less, we’re not exactly expecting a rip-roar contest.

That’s especially the case as Strasbourg are currently enduring their worst form all season and are winless in seven outings. They’ll want to ensure things are kept tight in the early proceedings having shipped the opener in six of their last seven matches where there was at least one goal, though that will also be true of Guingamp, with three of the four goals they’ve scored since the start of February coming after the 85thminute.

A large part of the reason for Strasbourg’s dip in form has been down to the absence of key central midfielder Jonas Martin, who broke his ankle in January against Monaco and has been missing throughout their lean spell. Thierry Laurey’s side have now drawn four of their last five matches, and up against a Guingamp side that have lost just one in five outings and have improved since Jocelyn Gourvennec took over the reins in November, a stalemate is the logical conclusion with ‘unders’ too short to back.