The World Cup is still providing us with great entertainment, with the second round proving to be every bit as dramatic as the group stages.

We have already seen Argentina, Portugal and, most surprisingly of all, Spain knocked out since Saturday – Germany didn’t even make it through their group – as an unpredictably brilliant tournament continues.

Tuesday sees the final two last-16 matches take place, with Sweden and Switzerland doing battle in the afternoon to kick things off.

It’s then onto Moscow where England will be looking to reach their first World Cup quarter-final since 2006, when they were dumped out on penalties by Portugal.

Colombia stand in the way of Gareth Southgate’s side, in what is sure to be one of those nerve-shredding nights for both countries.

England to win and both teams to score is 4/1.

After so many false dawns over the years, nobody gave England a hope of going deep into the competition this summer.

A young, vibrant side was always capable of causing teams problems, but was the quality really there?

Some even felt it was one of the weakest squads ever assembled by England, which did seem a little on the harsh side.

All of a sudden, though, the Three Lions find themselves in a strong-looking position, with heavyweights already eliminated and performances largely impressive so far.

Finishing second in Group G has actually been a blessing in disguise – Southgate made eight changes in the 1-0 defeat to Belgium – and they now have as good a chance as anyone in their side of the draw of reaching the final.

It sounds mad just writing that, but it’s true.

In Harry Kane, England have one of the world’s most prominent strikers and there is pace, movement and unpredictability in the likes of former Liverpool man Raheem Sterling, Jesse Lingard and Dele Alli.

A lack of experience feels like their biggest shortcoming, especially in terms of defensive nous, which could ultimately prove decisive against a wily Colombia outfit.

The South American’s always seem to bring a certain flair to a World Cup and this summer has been no different.

It hasn’t all been plain sailing, however, with the 1-0 loss to Japan on Matchday 1, albeit with 10 men for much of the game, bitterly disappointing.

Colombia bounced back impressively with consecutive wins over Poland and Sadio Mane’s Senegal, with the performance in the former one of the most complete of the summer so far.

Jose Pekerman’s team are littered with quality, whether it be Davinson Sanchez and Yerry Mina at centre-back, Juan Quintero and James Rodriguez in midfield or the still-dangerous Radamel Falcao up front.

Rodriguez is a major doubt through injury, which would be a hefty blow.

Colombia are a formidable unit and one that England should underestimate at their peril. 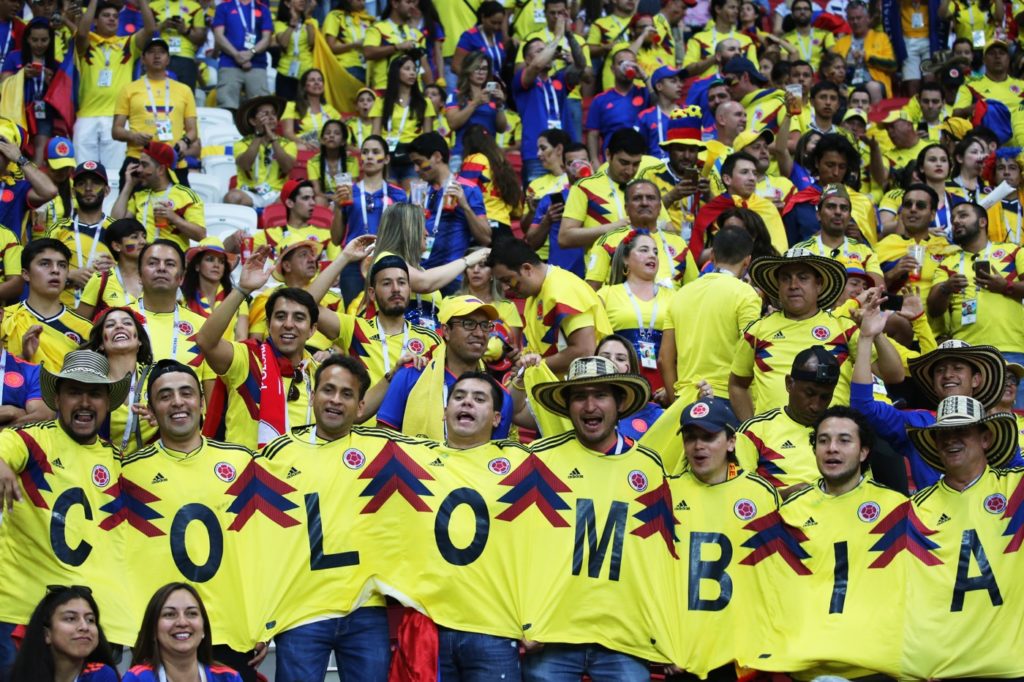 Having been rested for the Belgium game, Jordan Henderson will return to anchor England’s midfield on Tuesday night.

The Liverpool captain has been in excellent form in Russia, but this will be a far bigger test of his credentials than Tunisia and Panama.

So much of the Three Lions’ play goes through the 28-year-old, so he must perform with the same confidence and freedom on the ball as he did in the first two games.

Trent Alexander-Arnold will return to the substitutes’ bench despite a promising showing against Belgium, with Kieran Trippier first-choice right wing-back.

He could be an effective man to bring on when legs are tiring.

That suggests that they could struggle on Tuesday, especially when it comes to overcoming the mental barrier of so often falling short, and even the possibility of a a dreaded penalty shootout.

This bunch of players feel less burdened by history, though, and their almost child-like innocence could work in their favour.

It is sure to be a very tight contest that ebbs and flows throughout the evening, and it could easily come down to who is more clinical, particularly out of Kane and Falcao.

England will nick it and give themselves a wonderful chance of making the semi-finals, with Sweden or Switzerland awaiting in the quarters.

Lovren and Croatia into last 16

Using the World Cup to cope