Where the Reds’ rivalries with Everton and Manchester United are rooted in commonality and geography, Chelsea – and their supporters – have long been the antithesis of Liverpool FC; politically, socially, financially and on the football pitch. It is a recipe for genuine hatred.

Liverpool to win and Everton and Man United BOTH TO LOSE OR DRAW 10.50*

My own first recollections of the Blues, back in the 1980s – was the team who played in a cold, spartan stadium, with the curves of what looked like a running track surrounding the pitch and parked cars not far from the corner flag at the Shed End. The Shed itself was so-called because of a wooden old roof which covered no more than a fraction of the terrace. It was a frightening place to go; some of Chelsea’s followers were an unruly bunch with potentially dubious political tendencies.

They were a footballing nonentity – yoyoing between the divisions – but conjured two FA Cup muggings (in 1978 and 1982) of Bob Paisley’s most battle-hardened team. They repeated the trick in 1996 beating Roy Evans’ talented but brittle pretenders; Fowler, McManaman et al. By then, Chelsea, off the back of the late Michael Harding’s investment in the club, had emerged from obscurity forever; capable of attracting stars like Ruud Gullit, Gianfranco Zola and Luca Vialli.

When Roman Abramovich, with his bottomless pit of roubles, pitched up in England looking to buy a football club, Chelsea, with its footprint on the valuable fields of London’s West were perfect and the game in this country changed forever. Traditionally socialist Scouse attitudes hardened towards this alien, cash-rich southern foe and when Rafa Benitez’s teams went to war with the beast over half a decade in Europe, you would be hard pressed to call it a manufactured rivalry. Jose Mourinho, John Terry and Didier Drogba still have Anfield ringing in their ears at night.

It persists to this day. The modern Stamford Bridge, though much changed and rinsed through time and change of most of its old hooligans, retains a nastiness towards Liverpool, who in the eyes of their fans are still the northern, separatist, upstarts of their Britain. However, the intensity relies on both clubs having outstanding teams and going head-to-head for titles.

Tomorrow’s match has everything in store to make it a classic. The world’s most expensive goalkeepers in the Reds’ Allison Becker and Kepa Arrizabalaga for Chelsea. Jurgen Klopp, now an established Premier League manager versus new boy Maurizio Sarri, a loveable rogue who has hit the ground running with the Blues and changed their style of play overnight. Though the sides will both line-up in a 4-3-3 formation, Chelsea will look to dominate the ball while Liverpool attempt to pilfer and counter. 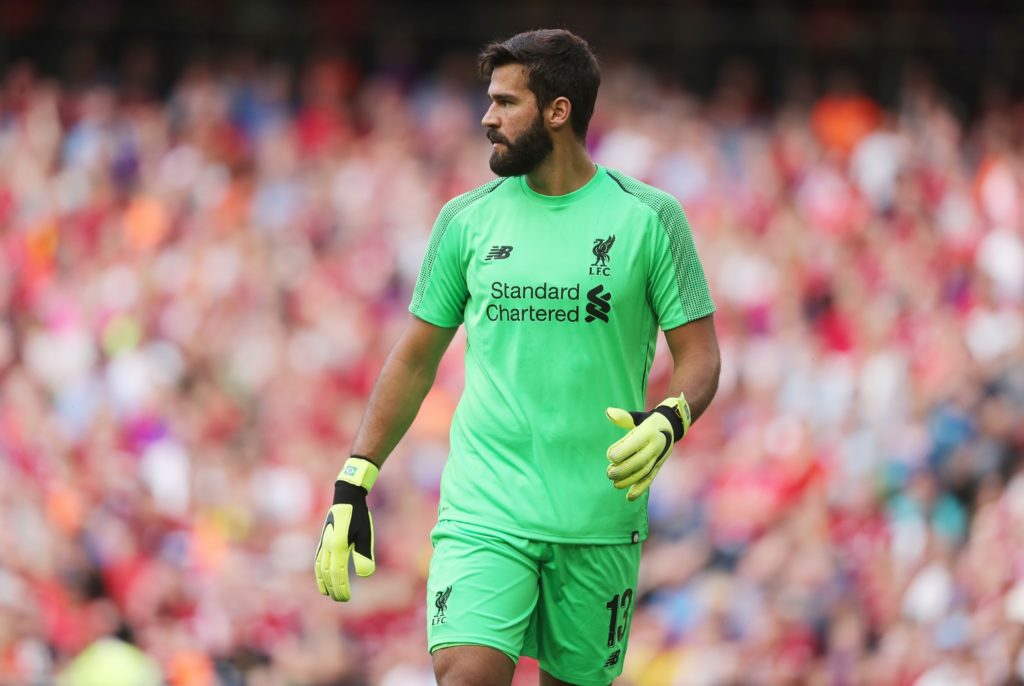 The home side have made Jorginho, Sarri’s key man at Napoli the central, focal point of their probing midfield, with Ngolo Kante and Mateo Kovacic either side. Chelsea channel everything through their new signing.  The Reds will look to match-up through the middle , but the roaming Roberto Firmino could be the Klopp’s trump card. Jorginho enjoys time and space in possession. Generally, especially away from home, Jurgen’s set-up encourages teams who want the ball. A feature of the match could be Firmino’s stalking of his fellow Brazilian.

Much is made of Klopp’s high press but for those of us long enough in the tooth to remember the pomp of Ian Rush, the strikers’ art of loitering with intent before a sudden sprint and theft of the ball in the final third is nothing new. From such larceny Mohammed Salah and Sadio Mane can profit.

From game to game Klopp is wrestling with a midfield conundrum. In the midweek cup defeat to the same opponents, Naby Keita showed himself at his dynamic best, breaking the lines and shooting powerfully at goal. However, with the threat of a ubiquitous Eden Hazard to quell, the manager will be tempted to start with the surety of Jordan Henderson at the base, the metronomic and so-far outstanding Gini Wijnaldum plus the spite of James Milner.

The Reds went down 1-0 here in May to an Olivier Giroud goal and the Frenchman, since crowned a World Champion in the summer, will be a muscular but intelligent handful for a Liverpool defence which might be robbed of the services of Virgil Van Dijk. Should the Dutchman miss out to his troublesome rib, Dejan Lovren’s physicality probably gives him the nod over the lanky Joel Matip. Losing the pillar of the Liverpool’s defensive solidity for such a massive game would represent the first real test of Klopp’s apparent strength in depth.

This one won’t be easy. If the Reds can pass this test as the lights fall on Stamford bridge this Saturday evening, all in the red garden will be rosy. Perhaps Jurgen would take a point right now but victory in this intimidating den would be nirvana.