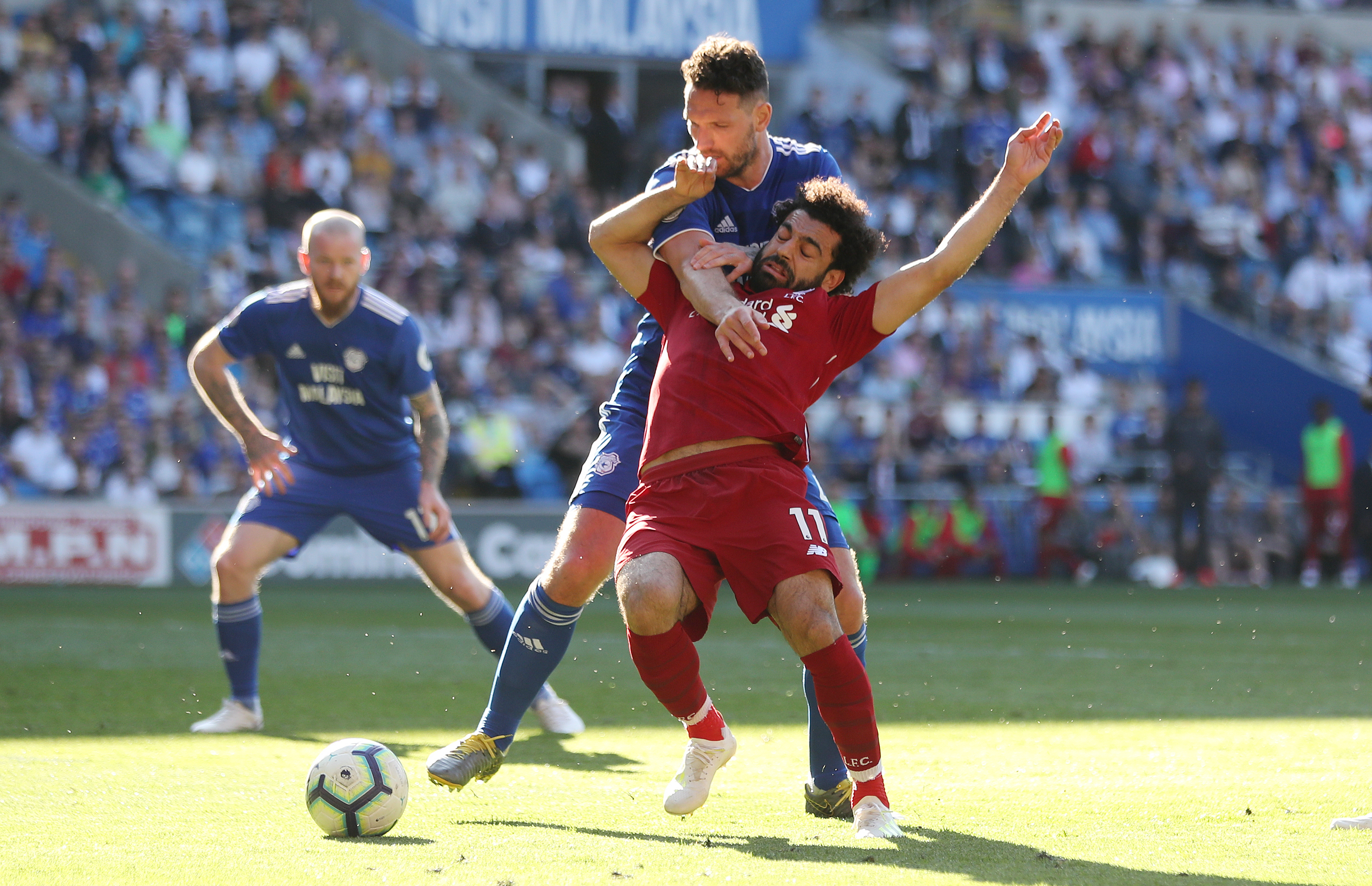 Liverpool's Mohamed Salah is fouled by Cardiff City's Sean Morrison and wins a penalty during the Premier League match at The Cardiff City Stadium, Cardiff.

Liverpool headed to the Cardiff City Stadium on Sunday looking to reclaim top spot in what was a potential banana skin.

The Reds made the trip in fine form having won five consecutive Premier League matches. In their previous outing, Cardiff City had brought their three-match losing streak to an end with a 2-0 win over Brighton to keep their slim hopes of survival alive.

Unfortunately for the home side, Jurgen Klopp’s men were at their ruthless best yet again. A 2-0 scoreline didn’t tell the whole story, with the visitors creating numerous chances to really rack up an emphatic victory.

The ball is once again in Manchester City’s court, with the Reds now two points clear at the summit having played one game more.

Here are five things we learned as Liverpool made it nine wins on the bounce in all competitions.

Alisson proves his worth yet again

The Liverpool goalkeeper seemingly goes under the radar until he makes a rogue pass and only then do pundits feel the need to put the Brazilian shot-stopper under the microscope.

He did the basics well against Porto and Chelsea without really having to excel but against Cardiff he pulled off two stunning saves.

The first arrived just before the half-time whistle when on-loan Everton forward Oumar Niasse found himself in space just six yards out. He swivelled and connected with the ball but his acrobatic effort was tipped over the bar just as it looked as though the net was going to ripple.

All our Boosted Odds for Liverpool vs Huddersfield

The Reds went into the break with the scoreline even thanks to Alisson’s reactions.

The second arrived with Liverpool leading. On first viewing, it appeared as though the former Roma man flapped at a corner and completely missed the ball. Sean Morrison inexplicably missed his header and the ball hit his back with the goal gaping.

However, the replay showed Alisson got an all-important touch to the ball leading to Morrison misjudging the flight of the ball and the golden opportunity was missed. It isn’t the first he’s played a big part in the Reds picking up all three points and it won’t be the last.

The best of Joel Matip playing out from the back – 18/19 pic.twitter.com/HsYGWZJ6ZQ

Matip’s Liverpool career looked in serious doubt at the start of the season with Joe Gomez bossing proceedings beside Virgil van Dijk and Dejan Lovren a favourite of Klopp’s. But the former Schalke man has taken his chance, getting the nod with the other two out injured, and he’s struck up quite the partnership with the Dutchman at the heart of the defence.

He was named Man-of-the-Match against Cardiff City after yet another impressive showing. He won five of his aerial duels on the day and completed 93 per cent of the 88 passes he attempted.

Fans didn’t get chance to witness him go on one of his famed slaloming runs from deep on Sunday but that is a weapon the Reds often look to utilise. That, coupled with his use of the ball, makes him a bit of a wildcard for Klopp in these tight matches. He has the ability to create space when it’s needed most.

It may have caused a lot of controversy online but the fact Salah wanted to take the penalty even though James Milner was on the pitch is not a bad thing.

It shows the prolific No.11 is confident and wants to win the Golden Boot for a second successive season.

Salah currently finds himself tied in top spot along with Sergio Aguero with 19 for the season in the top flight. The video posted online shows the Egyptian pick the ball up after the penalty was awarded and have a discussion with Milner.

The Liverpool vice-captain pulled rank and decided to take the spot kick as the designated penalty taker. He confidently fired the ball past Neil Etheridge and secured all three points for Klopp’s men.

Salah is 1.30 to score any time vs Huddersfield on Friday*

A confident Salah can’t come at a better time for the Reds. Just a few weeks back it appeared as though the record-breaking goalscorer was stuck in a rut. But goals in back to back Premier League games will have helped his mood and he once again looked dangerous against Cardiff.

Liverpool have been near perfect this season. However, one common complaint amongst fans has been the lack of goals from midfield. With Alex Oxlade-Chamberlain missing, Philippe Coutinho not replaced and Naby Keita taking a while to get up to speed, there’s been zero goal threat from the middle third of the pitch.

But over recent weeks that has been addressed.

On Sunday it was Gini Wijnaldum’s turn to get in on the act as he lashed home from inside the area after a clever corner-kick routine was executed. It was the Dutchman’s third of the season in the Premier League and his first since the beginning of February when he scored against Bournemouth.

With goals now coming from all areas of the pitch, Liverpool look more ruthless than ever before.

Another assist for Trent Alexander-Arnold 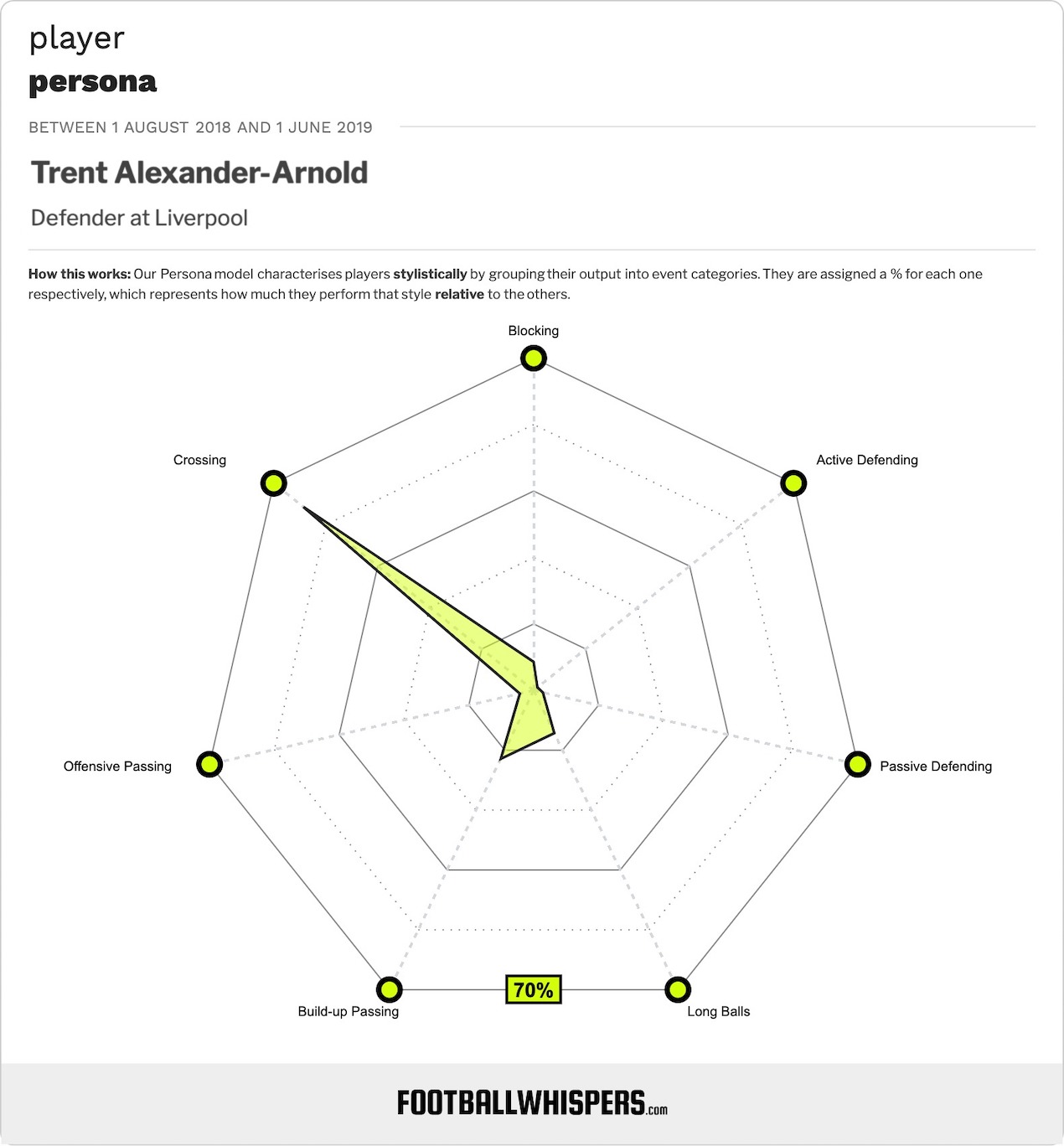 The right-back is delivering at the perfect time for the Reds. Since the turn of the year he’s assisted seven times with four of those arriving in the last five matches for Liverpool. Compare that to the first half of the campaign, when he chipped in with just two assists, and it’s clear to see he’s stepped up at the perfect time for Klopp.

At first glance, it appeared as though the England international had scuffed his corner but it was, in fact, a perfectly weighted cut-back for Wijnaldum to run on to. While his performances have been inconsistent at best over recent weeks, his final ball is one of the most reliable weapons in world football today.