We have reached the business end of the World Cup group stages, as the 32 teams begin playing their third and final games.

For some, including Mo Salah’s Egypt, their journey has already come to an end, while others are eyeing up a place in the knockout rounds.

Two of those lock horns in Moscow tonight, with the mighty Brazil coming up against potential dark horses Serbia.

Just a point separates them, and with Switzerland also lurking, there could be many twists and turns in Group E throughout the evening.

Brazil arrived in Russia as the bookies’ favourites for glory on July 15th, with a star-studded team made up of a strong defence, combative midfield and world-class attack.

It is fair to say that Tite’s men are yet to set the world alight, however, despite glimpses of their class in their opening two matches. Brazil to win the World Cup is currently 5/1.

Former Liverpool favourite Philippe Coutinho has been their main attacking spark, with the 25-year-old scoring in both games so far, including a stunner against the Swiss.

Neymar is yet to get going, with the PSG superstar seemingly more interested in slowing play down and waiting to be kicked, while Roberto Firmino still cannot get a game in place of the out-of-form Gabriel Jesus.

An unconvincing display against Costa Rica needed Coutinho to rescue Brazil in stoppage time – without that goal, they could be in real trouble.

If they don’t go up a gear on Wednesday, there is a genuine possibility we could see the Selecao fail to reach the knockout stages, which would be an unbelievable shock that would reverberate around the footballing world.

Serbia have looked an impressive outfit in Russia, and they will feel they merit more points than the three currently tallied up. Serbia to qualify from the group is 11/2.

Having deservedly seen off Costa Rica on Matchday 1, Mladen Krstajic’s side lost 2-1 to Switzerland in the dying seconds, with reported Liverpool target Xherdan Shaqiri scoring the winner.

They dominated a fair chunk of proceedings on Friday night, which made the result all the more disappointing.

A win there would have taken Serbia through, but instead they now find themselves needing at least a point against Brazil.

Even if they manage that, they must hope Costa Rica do them an almighty favour when they take on Switzerland, which doesn’t feel likely.

Realistically, they have to defeat the Brazilians.

Should Firmino get the nod over Jesus, it will be fascinating to see how Liverpool’s majestic frontman fares. 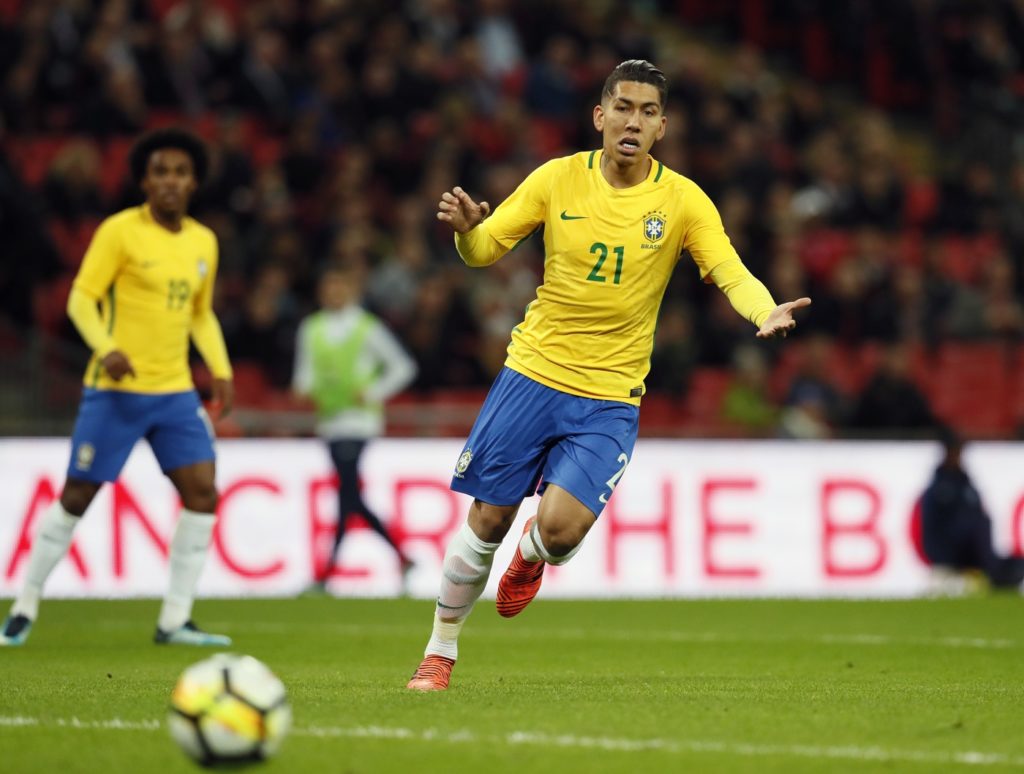 He has been lively in both cameos so far, and it was his towering header that played such a key role in Coutinho’s all-important late opener against Costa Rica, prior to Neymar adding a second.

It will be a travesty if Tite again uses Firmino from the substitutes’ bench. Firmino to score first or last goal is 3/1.

Away from the 26-year-old, it is difficult not to gaze longingly at his good friend Coutinho and wish he was still at Anfield.

He has made Brazil tick rather than the child-like Neymar, and he looks like a player relishing being his country’s talisman. Coutinho to be Man of the Match is 13/2.

GOAL! Firmino gets up well to cushion a header into the path of his former Liverpool teammate Coutinho who pokes home pic.twitter.com/gRJJa0FoXh

For Serbia, the prodigiously gifted Sergej Milinkovic-Savic is one to watch, with the 23-year-old one of Europe’s most exciting young players.

There have been glimpses of the Lazio man’s brilliance in the first two games, but he is still waiting to explode on the World Cup scene.

Don’t be surprised if he makes a telling impact in Moscow.

Liverpool’s Marko Grujic is yet to feature in the tournament, but it would be great to see him given a cameo on the biggest stage of all.

This really is a tricky one to predict.

On paper you would say Brazil have the edge, but they have looked beatable and Serbia have that Eastern European efficiency about them. Serbia are 23/4 to beat Brazil.

The South American giants will probably just sneak it, sending them through and Serbia crashing out.

There is every chance it won’t make for impressive viewing again, though.